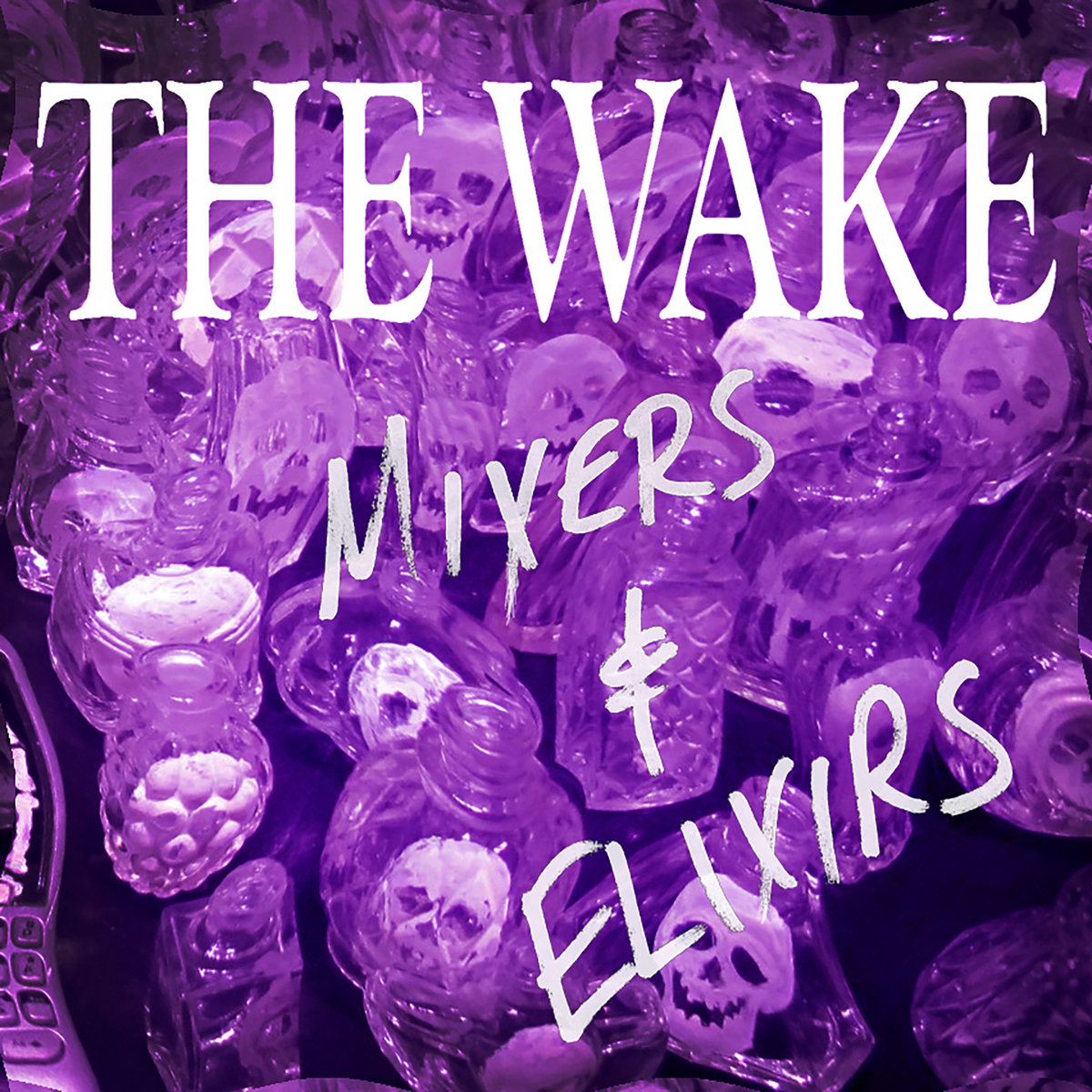 Remix records can be tricky at best, either being successful reinventions of their originals or failing miserably. It depends on a series of factors, not the least of which is who does the mixing, and often, the purpose for the remix. While not a household name, Columbus, Ohio’s The Wake are a fixture of 80s goth, albeit not a pervasive as Bauhaus or Sisters of Mercy, yet having forged a path of their own into many a dark heart — not to mention onto many a dark dancefloor. Following a surprise album “Perfume and Fripperies” released in 2020 — their first proper release since 1999 — the band spawned in 1986 was again on the menu in 2020.

As an elder goth, this warms my cockles, but even as we are an aging breed, the music around us doesn’t remain static. Goth merged into the pounding intensity of industrial, driven by electronics and heavier beats. How, then, to entice a younger generation into the fold? By fusing the music with some of the best modern minds today, of course, and hence the birth of this year’s remix EP “Mixers & Elixirs.”

Where “Perfume and Fripperies” will appeal to one aesthetic, “Mixers & Elixirs” EP will appeal to those craving a more electronic beats-heavy flavor. The five tracks come from the full-length album, revamped and brought to life by Austin’s SINE, Agent Side Grinder, Kill Shelter, Andee Blacksugar (KMFDM, Blacksugar Transmission), and engineer Matt Hagberg of Columbus’ own Vaughan Music Studios. The original “Emily Closer” is hypnotic enough to sway to, supported by classic bass rhythms; Kill Shelter twists it into a steady pulsating mover for the clubs, driven by the heavy slap of percussion, menacing keyboards, cascading guitar layers, and distorted vocals. The SINE and Agent Side Grinder remixes ramp up the bass and percussion (excuse me while I adjust my subwoofer). Closing track “Everything” retains the same bass drive, but the sound is cleaner, vocals crisper and offset by atmospheric effects, dialing up the anguish. Talk about goth cred, that one features guest guitarist David “Wolfie” Wolfenden of Red Lorry Yellow Lorry.

The Andee Blacksugar mix of “Break Me Not” works exceptionally well, introducing a frontal onslaught far more apparent than the album’s version, evident from the percussion intro, morose guitar giving way to razor-edge riffs, and industrial effects. Listeners may question whether they hear The Wake, or perhaps another band of the same ilk.

This marriage of the classic Wake sound with modern masters of dancefloor magic is a successful one. This EP serves as more of an item for the group’s completists but bridges a worthy gap for new ears. It is worth investigating as an artifact blending fresh and classic sounds, fine production, and most importantly, introducing some of the freshest names in modern music today.