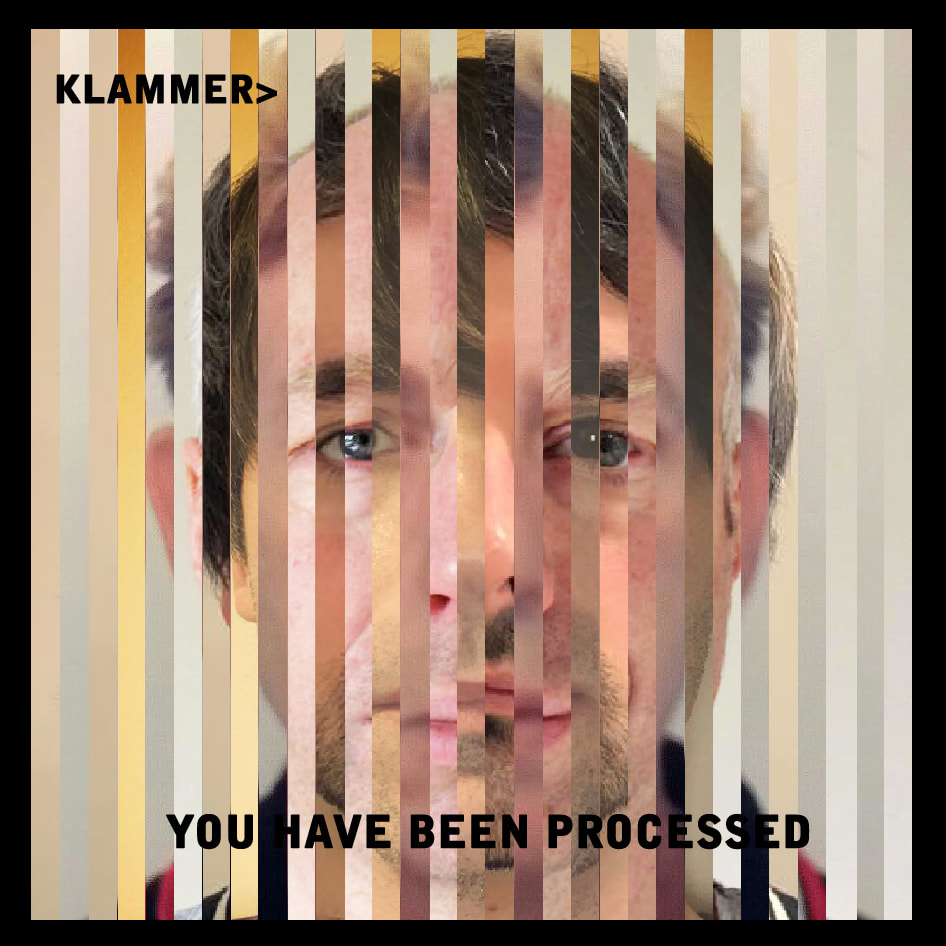 Have you ever experienced this? You get done listening to a great new record and think that you have discovered a great new band only to find out they have a back catalog? It leaves you frustrated and thinking, “Where in the hell have I been that I’ve not heard of them before?” Fortunately that feeling is quickly eclipsed by the thought, “Cool! I can get more of their stuff!”. This is exactly how I feel about Klammer. ‘You Have Been Processed’ is the third album by the Leeds band who were formed in 2012 by Engineer/Producer Steve Whitfield, who has worked the gamut from Bill Bruford’s Earthworks, to The Cure to The Trashcan Sinatras.

I can see where people draw comparisons to the band from The Damned, The Chameleons and Gang of Four but there is another I cannot help but bring up and (of course) it is a bit more obscure but they really remind me of New Fast Automatic Daffodils. That is really down to vocalist Paul (Poss) Strickland’s delivery, though he has more vibrato in his vocal than New FADs Andy Spearpoint’s more spoken approach. But it is there and Poss’ pipes are one of the hallmarks of this band along with the tight rhythm section of Mike Addy on bass, Bruno Almeida on drums and of course, Steve’s masterful guitar textures.

Clocking in at a little over 40 minutes, the album eases up into the driving (no pun intended….well maybe) “Coast to Coast” with it’s bass and guitar interplay through the verse leading into a wonderful wash of the two in harmony for the chorus. This goes into the lead-off single, “Modern God” with a nice intro of Joy Division-esque dissonant guitar harmonics over a pounding beat. And speaking of singles, the latest from this opus, “Spiral Girl,” has some beautiful guitar tones and a sing-song chorus that you can imagine a huge group of people pumping their fists and screaming as they jump up and down to the rhythm. Don’t miss the limited edition 7-inch with non-album track “Half Life”. “Baddest Blocks” is a straight-up hearkening back to the glory days of the Pistols and The Damned. This should easily be the next single with it’s infectious mix of the Rotten vocals mixed with Sensible hooks. It all closes with the anthemic “A Long Cold Summer” replete with the mantra, “Life will be the death of you”. Paint that on your leather!

These guys have definitely bridged the gap left by Interpol of infectious, catchy, hook-filled, dark post-punk. The world needs to wake up and embrace this band. I know it’s not everyone’s cuppa but after listening to this album many times over I feel a certain duty to help spread the word due of the genuineness that is reflected in every single note. It’s not a labored affair. Their songs get in and get out. They plant the seeds of remembrance and leave you with the songs echoing in your head until the next time you have to put it on. As of July 13, ‘Modern God’ and ‘Spiral Girl’ are available through online stores and streaming platforms, as well as from Klammer’s own website. While the ‘You Have Been Processed’ album will be available on vinyl and CD August 10, it can be pre-ordered now via Bandcamp.