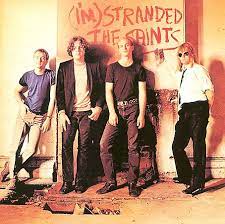 Chris Bailey of The Saints has died.

The legendary frontman, who passed away on Saturday (April 9) was 65.

As of now, the cause of death has not been disclosed.

On The Saints’ official Facebook page the band wrote in tribute that: “Chris lived a life of poetry and music and stranded on a Saturday night.”

Although both of his parents were Irish, the Kenyan-born Bailey’s family moved to Australia when he was seven and in 1973 he formed The Saints with fellow school pals Ed Kuepper and Ivor Hay.

The Brisbane band put out almost 15 albums in their career and are considered to be one of the greatest punk bands of all time.

The band was elected to the ARIA Hall Of Fame in 2001. Bailey, however, remained the one constant member of the band in their five-decade career.