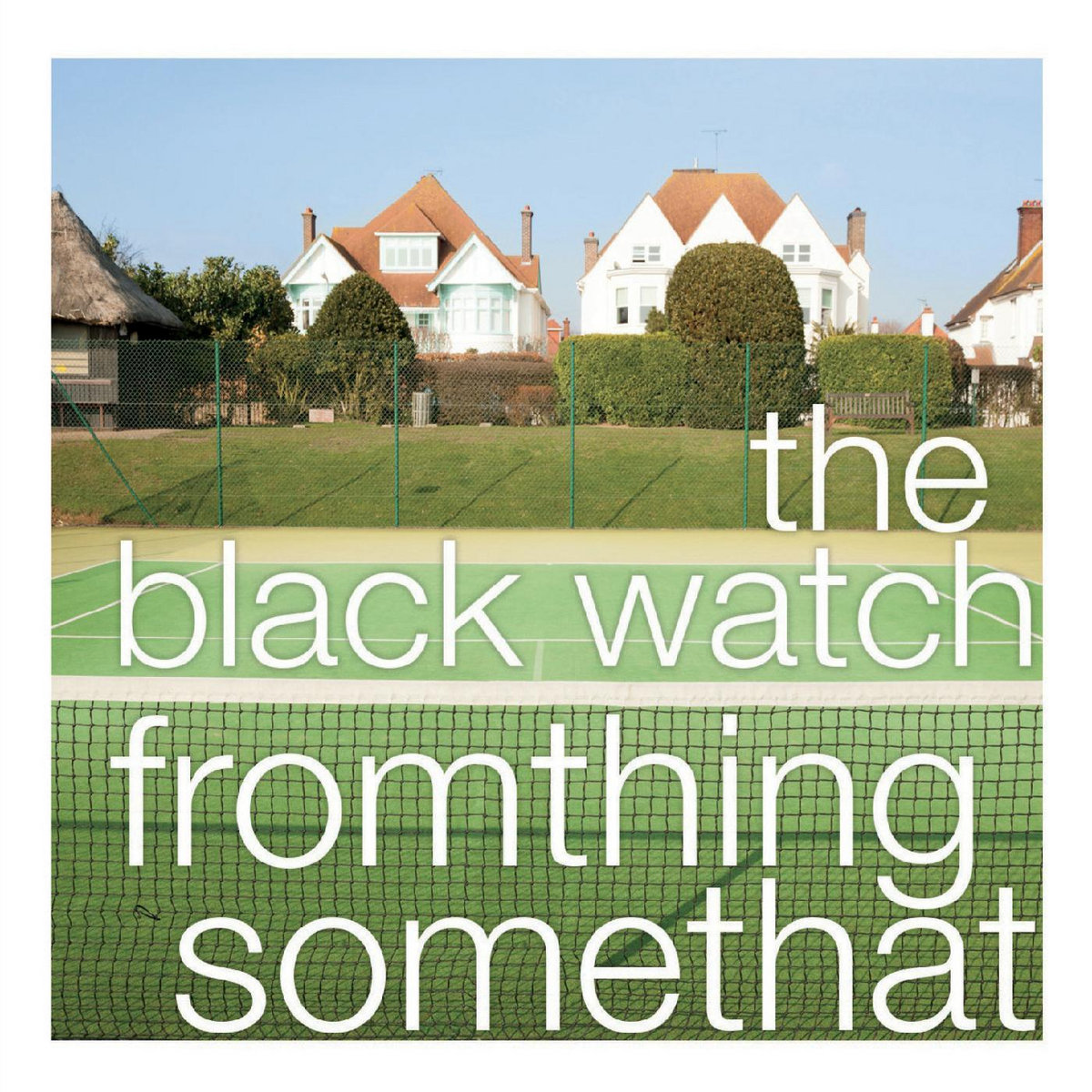 We refuse to engage anew in the John Andrew Fredrick ‘prolificness’ factor this go-round but suffice to say that the archly malapropped Fromthing Somethat, just released on ATOM Records, is as plentifully – and, quelle surprise, deftly – packed with PhD-level pop arabesques and other such reliably adroit features of the literate pop rock/popsike idiom to make every faithful tbw fan – and who amongst us isn’t? – smile with immodest satisfaction if not veritably burst with craft-inspired wow!

Utilizing his usual Creighton-Campanella (x2) crew – the ‘Rob’ half of the latter returning to the producer’s chair where he’s been not just for previous tbw albums but as well for The Tyde and Brian Jonestown Massacre – Fredrick once again shepherds a comely, swoonsome amalgam of sunny retro-futurist LA-goes-to-England vibes, invincible progressions, and a level of stormingly at-ease ensemble playing to deliver a tidy ten-strong batch of song that pleasingly tweaks the synapses with its heart-on-(slightly awry) sleeve pop constructions while bringing great soothe to those dopamine receptors desperate for hits of pure-bred pleasure in this long midst of uneasy times.

A tonic that, musically, lyrically, and in richness of sound rewards both the easy listen and a purist’s deep dive, From Some, despite the ever-growing mountain of baroque-flecked gems gleaming beneath it – the tbw brand was first minted in 1987 and hasn’t stinted since – would appear (beggaring belief as it does to say this) to be upping the bloody bar, or anyway giving it an improbably more resonant shine. Click as you wish, in perfect-10 numerical order as intended or at twitchy random, you’ll find yourself presented with one warm bountiful bouquet of hooks and goddamned addictive melody after another. If you’re of that former traditionalist camp, you’ll be rewarded straightaway by “Saint Fair Isle Sweater,” its given-that-title bucolic opening switching in a titch into a rambunctious burst of dream pop propulsion that’ll throw your adrenaline into somersaults, be sustained midway by the buzzy bright but sublimely (and oh so tastefully) understated “Drip, Drip, Drip” and much much more besides before being gently led as if by a velvet-gloved poet’s hand into post-album bliss by the madrigal-like “I’m Not Hung Up,” a late afternoon love letter during which, in a gentlemanly tender baritone, Fredrick, among other doleful couplets, confesses that “against you, I don’t stand a chance / a perfect fuck-up perfectly entranced,” the track as timeless an addition to the Everyman canon as we’ve heard in some time.

Should you, in tribute let’s say to the cosmos itself, opt for the chaos route and hit ‘shuffle,’ the merits of your daring choice will be no less immediate, the minor liability of hearing “I’m Not Hung Up” as anything but From Some‘s closing statement easily compensated by the bewitching splendor of chance. The possibilities are almost too delicious. What shall first assail? Will it be the jaunty self-questioning of “Green Stars, Clouds Departing,” its main refrain of “Why can’t I focus on one thing at a time?” so pleasingly offset half way in by “Water flowers, pale arbor, shivering with gin” sung with barely a hint of English garden mischief? “Such Like Friendly Demons,” the chiming amongst its melancholy in a way both expected and not? The crowning, pounding, post-Nuggets jewel of an instrumental “The Haves and Nots”? Whatever your whim, ordered or disordered (for the record we rather strongly recommend the former), even if it dips initially into the mournful(ish) pop sweep of “For Always Then to Keep,” you’ll be lost to the album’s myriad graces for the full of its thirty-seven minutes. Whether due the nature of its making (the songs Fredrick brought them were captured by the band in one or two run-throughs, this-or-that mellotron what-have-you dubbed in after) or, more likely, the product of an already crack band gelling to its utmost, Fromthing Somethat, much as I’d rather avoid saying this as it’s too often said by too many writers, truly may have to rank as the black watch’s finest – which is to say truest – full-length yet.

Lazy or not – and it often if not always is, of course – album reviewers will reach for stylistically parallel touchstones they feel their readers need in order to more readily categorize the work of the artist at hand. With the black watch, the ‘RIYL’ strategem most often applied, with a dulling liturgical frequency, is that of the Beatles. And while there can be zero doubt that a wickedly irascible streak of Carnaby Street Anglophilia does indeed run through our Mr Fredrick’s creative veins, to us it feels far more honest – not to say accurate – for a project extant over thirty years, building in the process a discography that numbers 19 albums, each firing off the energy of its predecessor, 10 singles and EPs with an eleventh in the wings, all leading with a steady haste to the creation of work of the magnitude and depth heard here, to simply state the oddly obvious: the black watch, on Fromthing Somewhat, sound ringingly inspired by…the black watch. Our only (and most fervent) wish is that a dozen other bands will as well.