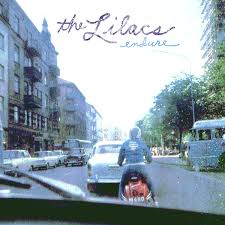 There’s little quite as gratifying in this whole ‘rock biz’ thing as a dearly loved, long dormant band emerging from the obscuring mists of time as strong as ever, exhibiting what seems an ageless elan. While there’s little shortage these days of bands from one or another of the many ‘back then’s giving it a fresh go as dotage approaches, we can count on precious few fingers those whose returns merited whatever level of fuss and bother their reappearances generated. It’s within that context of nostalgia-fueled hope being too commonly crushed by the mundanity of disappointment that we experience the joy inherent in this new EP from Chicago’s The Lilacs, the first we’ve heard from them in a quarter century.

Far from being weighted down by whatever it is – the heavy drudge of expectation? The simple diminishment of spark? The even simpler lack of songs? – that finds so many similar efforts greeted with shrugs of ‘meh’ from fans and critics alike, The Lilacs Endure feels irrepressibly fresh, as if the band’s mainstays Ken Kurson and David Levinsky (fleshed out for this comeback by John Valley on drums, Steve Poulton bass) stepped out of the studio for a coffee break for what seemed to them like a couple minutes but actually lasted twenty-five years. Though we’re not ones to allege some monkeying with the space/time continuum on their part it’s nonetheless true that, based on the evidence at hand, they might have a hard time convincing us otherwise.

With that same unabashedly retrograde panache that’s marked their recordings from the very start – check the crunch and devoted irreverence of first single The Lilacs Love You – their sound glistening and effervescent (and here’s where we nod to the production work of Television’s Richard Lloyd), all four tracks on Endure – two per writer/singer – reach for the golden ring of pop timelessness and all four, in their own three-and-a-half minute way, come away with it gleaming firmly in their clutches.

From the power pop punch of impeccable, Kurson-penned opener “Monica” that boasts the shiny classicism of, say, Game Theory covering some lost Motors track, through Levinsky’s two, slightly more pop divergent offerings – the charmingly rougher “Shadow of A Doubt” wearing its Midwest existentialist heart on its sweaty sleeve and the remarkable “Blue Spark” that positions itself emotionally somewhere between a slack and a minor key and features a Hammond organ break courtesy Jimmy Matt Rowland that could make Garth Hudson beam with appreciation – clear through to the defiant underdog romp of “I Saw Her First,” this is nothing more nothing less than unpretentious, canon-embracing pop rock done just-so right. These two guys, Levinsky and Kurson, are, as The Lilacs, that rarest of commodities, a band living comfortably inside their own legacies. The result is unimpeachable pop, the sound, somehow, of the good guys winning.

[get The Lilacs Endure here]