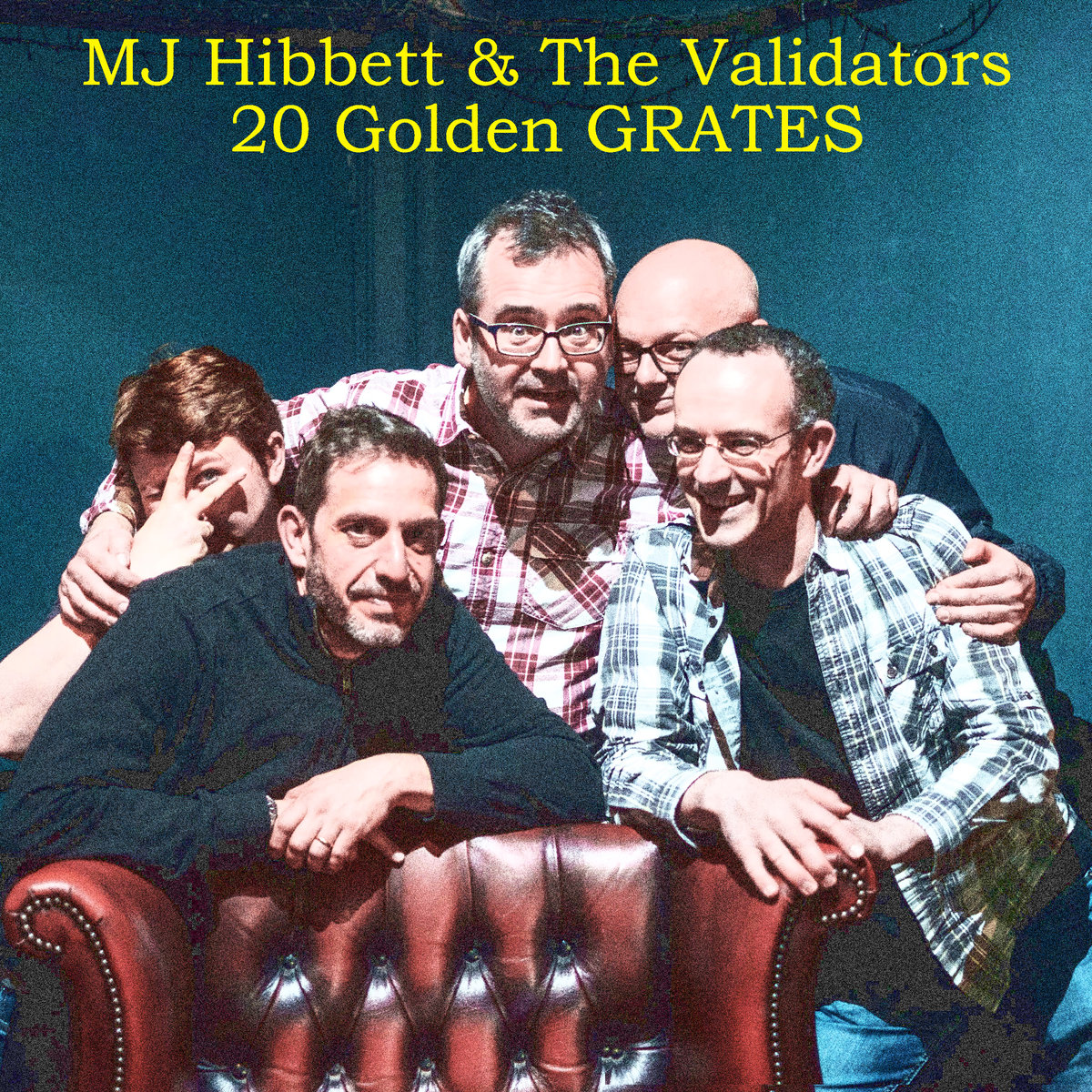 I feel like an asshole because since May of last year, I’ve been keeping MJ Hibbett & The Validators’ 20 Golden GRATES to myself.

The band’s limited edition greatest hits cassette has been lodged in my old Sony Walkman for the past six months or so and aside from the sheer joy of using tapes again, the real joy here is the music.

But before I get to that, let me say this. I’ve got one of only 150 extant copies of the album and it’s one of the coolest cassette designs I’ve ever seen. It’s retro in that it the art makes it look like a lost classical tape from 1967, but the tape itself is a totally current burnt orange and it sounds crisp and fresh and clear.

I’ve been rewinding songs like the deliciously ramshackle “Hey Hey 16K,” the charming indie pop of “The Gay Train” and the Wedding Present-influenced “You Will Be Hearing From My Solicitor,” over and over and I love those songs so much, it actually took me weeks to get to the rest.

And the rest is just as good.

There’s the wobbly low-fi folk of “Better Things To Do,” the bent melody of “Billy Jones Is Dead” and the grinding indie pop of “Easily Impressed”  brings to mind the melodic DIY fire of Statuesque,

The London outfit has been around for twenty years now and in that time they’ve lodged more than a few career highlights. They had the first internet single ever with “Hey Hey 16K,” the last song ever played on Steve Lamacq’s Evening Session show with “The Lesson Of The Smiths,” and along the way they recorded a science fiction opera about space dinosaurs, played the Edinburgh Fringe Festival, did a series of shows with an indie rock orchestra, and had a record of the year in Rolling Stone.

Their songs confront the wonders and the silliness of quotidian life and Billy Bragg, Chinese take-away, office doldrums, aging hipster bosses and indie rock poseurs all get name-checked with equal parts cynicism and affection.

And every single one is gold.

Get all of them.