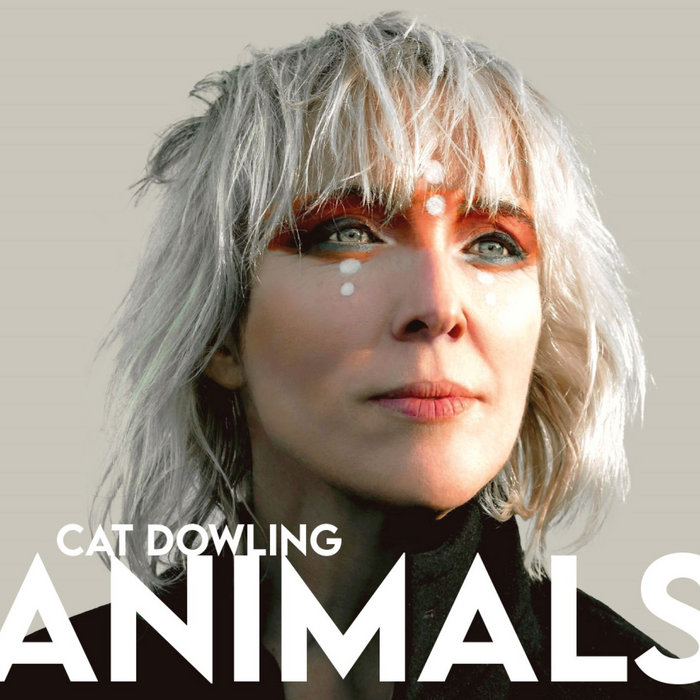 Cat Dowling’s Animals is one of the most spellbinding albums of 2021.

Set for release November 12, the Irish singer/songwriter’s new 11-track effort was produced by Dowling’s former Alphastates bandmate Gerry Horan and co-produced by Dowling. Mixed by Ger Mcdonnell (The Cure, Van Morrison), Animals is raw and feral as well as sensual and hypnotic. Dowling’s delivery ripples with primal energy and poetic precision, making tracks like the rousing “All That I Can Do” or the grinding folk of “Bullets” decidedly memorable.

The percussive title track is nothing short of stirring and serves as the perfect opener into the dark and tantalizing world that Dowling evokes.

“I wrote Animals during a busy period of my life when to find those rare moments to write music meant I had to be a thief elsewhere,” Dowling recalls. “But it was these stolen moments that gave me oxygen and a beautiful almost supernatural energy. ‘Animals’ was written when everyone was sleeping. It started with the driving repetitive rhythm which had to be restrained so as not to wake a soul. It thus became hypnotic.  It starts as minor and ends up major. It’s about the major and minor of life and of love and the constant pull in everything between major and minor and the light and the dark. It’s a song ultimately of passion, wildness, sensuality and love.”

Keep up with Cat Dowling