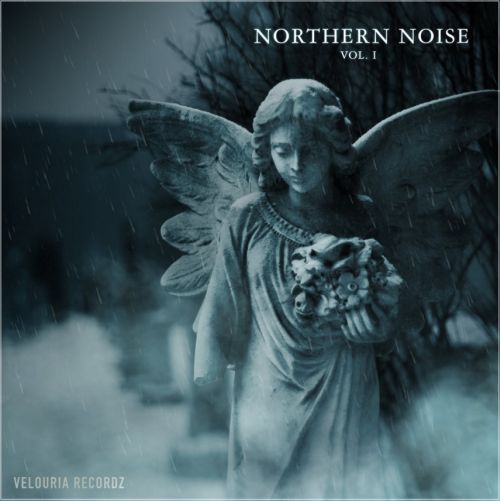 Hailing from Montreal, restless to reflective rock band The City Gates merge the music (sub)-genres of post-punk and shoegaze into an exciting combo that reverberates heavily with fuzz, delay, – and reverb, naturally.

Their sonic and psychological drive rises from the band members’ love for the alternative music scene of the ‘80s and ‘90s, when the JAMC, The Chameleons, The Sisters of Mercy, Slowdive, and My Bloody Valentine made waves in the U.K. and beyond.

The City Gates are also making a name for themselves, touring Canada and the U.K., including performing showcase gigs at Focus Wales Festival, Canada Music Week, and the Canadian Music Festival. They’ve shared the stage with shoegaze legends The Veldt, Trisomie 21, Nothing, The Stargazer Lilies, and many more acts.

Debut album Forever Orbiter was released in April 2018 via Northern Light Records to critical and fan raves. Just over a year has passed since that pivotal moment in the The City Gates’ career, and now they offer up a new single, “Cape of Good Hope”, which Stereo Embers is stoked to present just above there.

The track was released on March 29th via new Canadian record label Velouria Recordz as part of an ear-catching compilation of Canadian post-punk, coldwave, and shoegaze music. The comp LP, titled Northern Noise Vol. 1, had its premiere at The Big Takeover.

“Cape of Good Hope” shines with a darkwave-meets-shoegaze vibe. Low register vocals and a dense texture of rich and shimmering guitars (from a Gretsch Tennessee hollowbody and a Fender Jaguar) are saturated with chorus, delay, reverb, and fuzz pedals. The band’s guitarist Francois Marsan sings on the verses, while lead singer and guitarist Maxime Wingender takes charge of the chorus section. The results are captivating!

“Cape of Good Home” and the Northern Noise Vol. 1 compilation that features 20 Canadian musicians from Quebec (including La Mecanique, Non-Lieu, Murmure, Sarajevo & Moi, and Room Control, can be downloaded here.

Find out more about The City Gates: