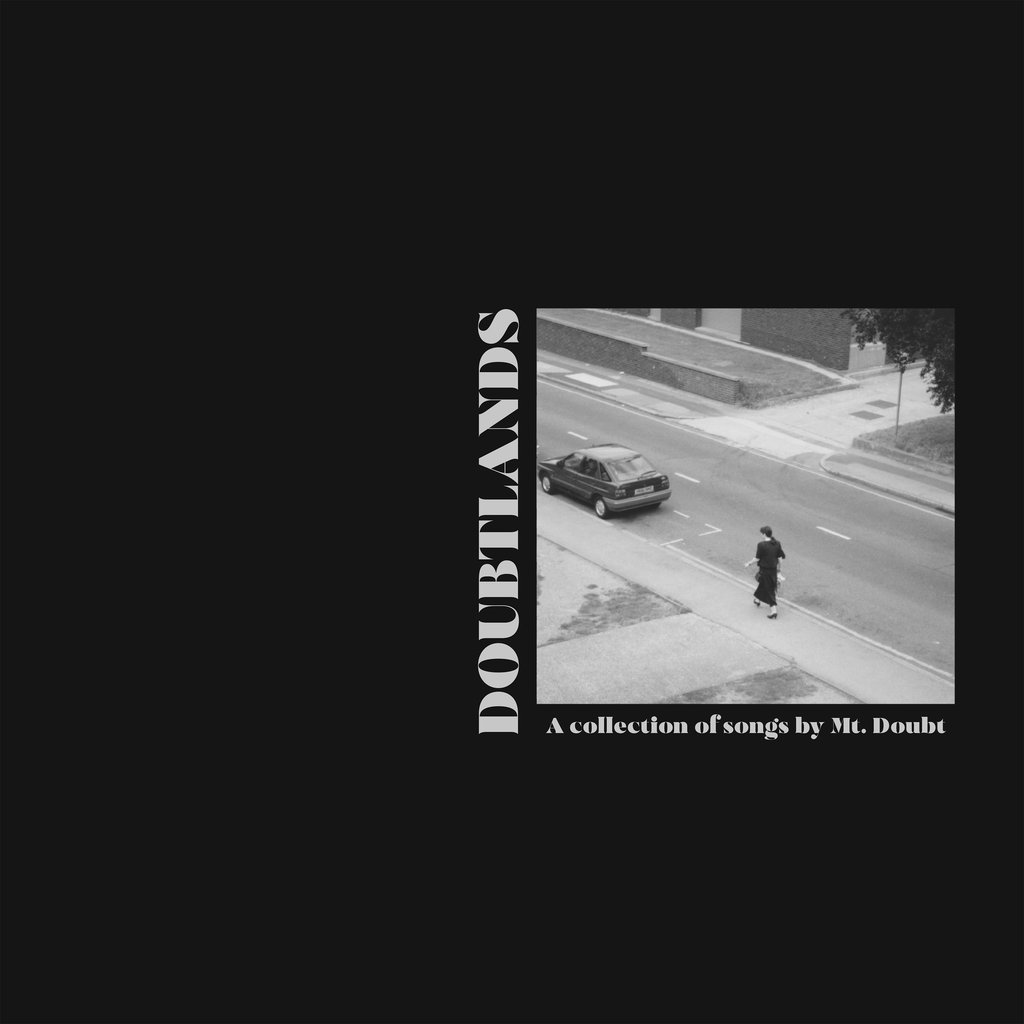 [editor’s note: This piece was intended to be included as part of the most recent (vol. 7) edition of the Quarantine Age Kicks column. Upon second consideration, however, it was decided that an album of this magnitude deserved its own feature. We confident you’ll see/hear why.]

Well hell. Had hoped to be done with my writing that morning last week and could get up from the table and shuffle about the kitchen in prep for a second cup of coffee and a Saturday breakfast when the new Mt. Doubt album peaked out from where I’d tucked it under the flap of my writing gear. It’d been pulling at me for a while, its frame-worthy, gloss-finished monochrome cover, starkly plain but darkly elegant, its title, and the memory of listening when it first arrived (too many) weeks before, its mindful saturnine grace seeping in to a little haunted corner of my consciousness and refusing to budge no matter what other matters intruded. Thus, for at least a good full hour that sunny fall morning, I dove into Doubtlands – released Sept. 18 and the band’s third full-length to go with a clutch of EPs – as the work of the man at the center of the Mt. Doubt’s quietly roiling universe is a songwriting voice that cannot be stayed. Breakfast could wait. More people hearing of this album and the man’s work in general, could not.

That man is named Leo Bargery, son of Edinburgh with a writer’s passport that knows no boundaries and thereby grants him access to that vast universal territory that lies like what suddenly feels, listening to this album, a still barely-charted continent between mind and soul. And should you read no further than this sentence you’re currently reading then please re-read the previous one and let what was said at its end be your guide. Bargery sees what we thought was a well-trodden terrain in remarkably sharp and earnest ways, there’s a weight and shape and freshness to this voice that rewards the hearing its tenor demands.

Indeed, from the dolorous indie soul of “68th in Orbit” that draws us into the album with something of a pulsing confessional warmth (sample lyric: “…but I won’t add my weightlessness to the weight of what’s already sublime.” Yes, ripped out of context but I assure you the context slays) to “Yawn When I Do” which is the hushed and crushing intimate ballad-of-sorts that Van Morrison should’ve tried his hand at in his prime but never had the nerve, to the deeply riveting slow thunder of “Headless” where gloom and gloam speak in equal measure and simultaneously and to which one can easily imagine Bill Callahan and Stuart Staples standing shoulder to shoulder in the wings witnessing the song unfold, mouths agape, to the final track “Peaks of Wreck” that tilts from a sparse that itself runs from spacious to lush toward an epic catharsis of a downbeat crescendo, there isn’t even a fleeting moment on Doubtland‘s tracklist that fails to compel (and that’s not mentioning “Dark Slopes Away” that, I dunno, has this multiplicity to it which, cross-hatching the allusive with the direct like it does, the dramatic welded without seam to the matter-of-fact, could be argued to epitomize the spiritual mission of the Mt. Doubt project in four-and-a-half minutes, thereby becoming one of the best songs by default). All of this comes, of course, ensconced in handsome organic band work that gives the intuitive impression of being a linked sonic twin bridged by some ineffable helix of DNA to the words and the emotions that sustain and/or challenge them. In essence, then, a record – hell, an entire style – built upon the spark and scaffold of epiphany, the gist of Doubtlands is the same one that lies largely unnoticed inside the tangled webbery of everyday consciousness.

In an interview with The Music Files, Bargery avers his love, his delight in language and the fluid phraseological gifts within, which, upon listening, becomes a trophy-winning understatement dwarfed by the evidence at hand. That said, though, the results amount to more – much more – than his linguistic facility. Bargery, by some empathic slash telepathic impulse, seems to bring blinking out into the sun the aching songwriter, poet, brow-furrowed diarist that has until now lain marooned inside the listener’s heart. You may think we’re exaggerating. We are not, yet we respect the skeptic in you so can but encourage you seek out Doubtlands yourself – we’ll even provide the link – and let the conviction bloom anew. (Meanwhile, one more track. It’s hard to stop)