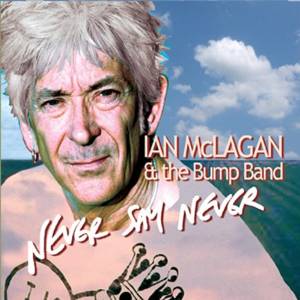 Stereo Embers is stunned at the news that legendary keyboardist Ian McLagan has died.

Although it was first reported that McLagan had sustained a head injury in a car accident, news has just surfaced that the iconic musician suffered a stroke.

He died early this afternoon in Austin, Texas.

McLagan’s website posted the following message: “It is with great sadness and eternal admiration that we report the passing of rock and roll icon Ian McLagan. Ian was a member of the ‘Small Faces’ and ‘Faces’ and was inducted into the Rock and Roll Hall of Fame in 2012. He died today, December 3, 2014, surrounded by family and friends in his adopted hometown of Austin, TX, due to complications from a stroke suffered the previous day. His manager and bandmate Ken Kushnick says, ‘He was a beloved friend to so many people and a true rock n roll spirit. His persona and gift of song impacted the music across oceans and generations.”

Raised in Middlesex, McLagan worked with a diverse list of musicians over the course of his career, including The Rolling Stones, Billy Bragg, Izzy Stradlin and the New Barbarians.