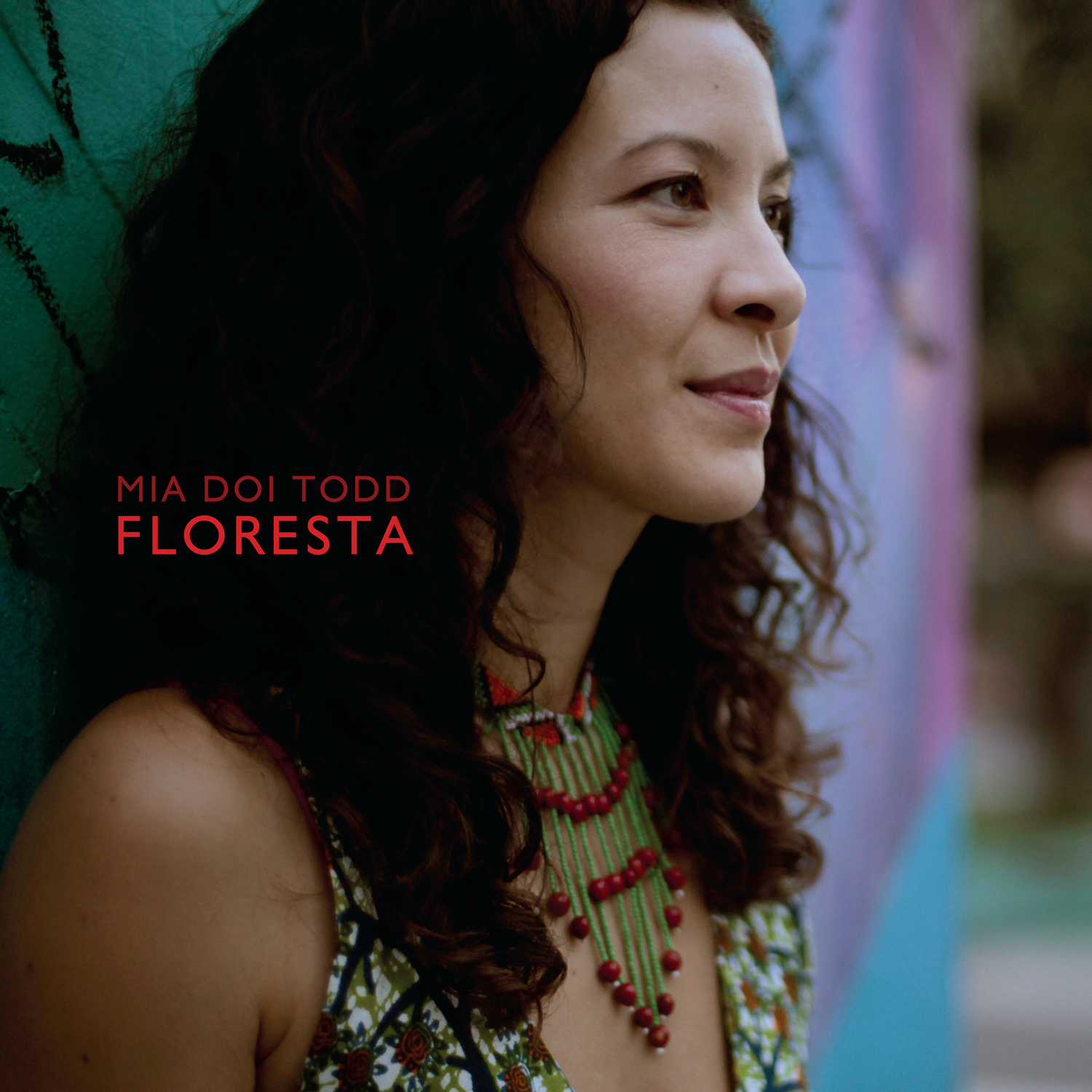 After almost two decades of purposeful wandering, releasing a prolific slew of albums across a beguiling spectrum of influence and collaboration, from the primarily acoustic excursions occasioned by her year in Japan studying Butoh (Come Out of Your Mine and Zeroone) to the more formally studio-enhanced outings with Mitchell Froom (Golden State) to the almost ambient acoustica of Manzanita and then 2011’s resplendently personal take on transcendent West Coast singer-songwriter fare helmed by the Laurel Canyoned auteur Jonathan Wilson that was at least party driven by thoughts of interstellar travel, it would seem that Mia Doi Todd has arrived at her heart’s spiritual home, the place in that many-chambered valve where her voice echoes with its deepest resonance: Brazil.

Long a fixation, Todd traveled to the República Federativa do Brasil in 2009 to perform a few shows and while in country was introduced to the near-fabled drummer and percussionist Maurício Takara, an artist that shared Todd’s half-Japanese ancestry and with whom an instant rapport was established. It is thanks to that bond, as well the invaluable input of arranger/guitarist Fabiano do Nascimento, that we have Floresta (further fleshed out by second percussionist Rogerio Martins and bassist Meno del Picchia), a lovingly-interpreted scrapbook of Brazilian folk songs Mia learned in the years since that fateful meeting in 2009.

Recorded over ten days in March of this year and taking in composers such as Caetano Veloso, Tom Zé, Antonio Carlos Jobim, and Milton Nascimento, Floresta roams, devout and astute, from butterfly delicate (opener “Mistérios,” sunrise fresh, sunset doleful) to almost impetuously playful (Jobim and Gene Lee’s “Chovendo Na Roseira”) to pieces by turns mournful (the Fado-esque “Luz do Sol,” courtesy Veloso), buoyant (Zé’s “Menina, Amahnã de Manhã,” abetted by Fabiano’s quiet motor of a guitar and a breathless, wood-clacked tempo), or dolorously hopeful (the Nascimento/Ronaldo Bastos-penned closer “Cais”), all the time the interpretive warmth and emotional clarity of Todd’s voice enough to melt the language barrier. A lucent membrane stretched across every track, the singer’s phrasing, the lilting emphasis and her gifted quaver, is a lightly shining and devotional instrument that respects the depth of this material with a deft blend of authority and nuance.

Not alone, that voice is bedded in a remarkably evocative soundscape that speaks to the elements that imbue this recording like a kind of ambient sensurround, the lush Brazilian landscape, its verdant soul, all but palpable. The full tropicalian palette (palate?), fragrant, blissful, subtly pungent, steamy and sunny by equal measure, is here is all its relaxed complexity, Floresta sufficiently supple in that regard to join the ranks of the work released by the songwriters she’s borrowing from here. Beautiful.