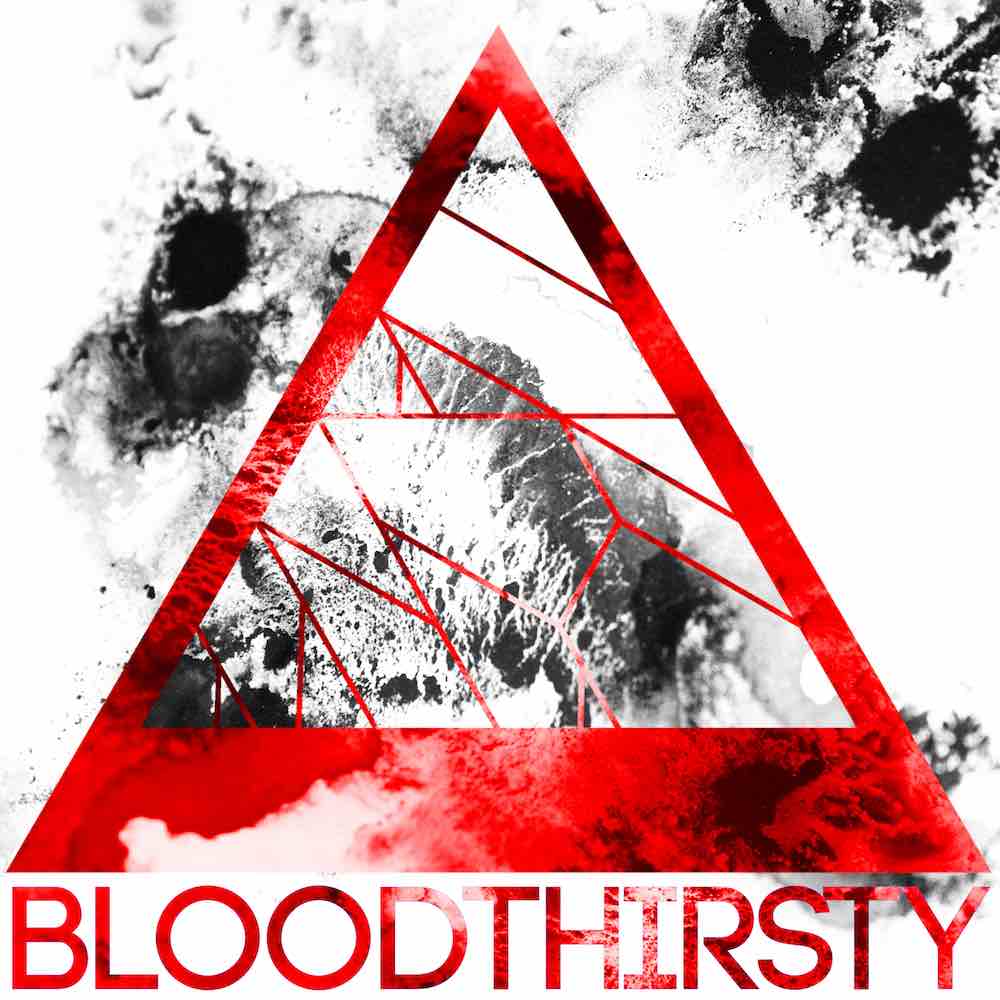 Based in Seattle, Symbion Project is one of Crooker’s many creative outlets, but one that he has returned to frequently over the last two decades, whilst simultaneously exploring other avenues such as national award-winning synth-pop band Freezepop and electro-rock trio Splashdown. Other more recent musical projects include ELYXR and Rocococo.

To complement the new single, there are two new videos – one in 2D and a second in immersive 360 video – featuring choreography and performance by Sorea Lear and Anna Thornton, which was produced and directed by Avielle Heath and Micah Knapp.

I had the chance to chat with Kasson Crooker after he just returned home from Europe.

SEM: I’ve heard your new “Bloodthirsty” single, which was just released. What can you tell us about the track?

KC: I was most fortunate to collaborate with a wonderful singer/songwriter Markus Junnikkala, based in Finland, who also wrote these poetic lyrics. Without getting too specific about the meaning of the lyrics–since we both feel strongly that the listener should interpret them based on their own experiences and desires–overall the song revolves around strong sexual themes, mental health, and it has a weird spiritual tone to it, talking about vampiristic themes and spirits, as if there’s some unnatural aspect which is playing a part in the world. The main character likes to think this since it would mean all of his actions aren’t entirely his fault or that he’s not fully in control. It’s all about the control and power that energy can play in a relationship, both positively and negatively.

SEM: That’s quite a simple yet complicated video you have accompanying it – with two versions, to boot!

KC: The video, from initial conception to completion, took about nine months and a great deal of time was put into the ideation of the 360video elements since that was the more important of the two videos. In fact, we never intended to have a standard 2D version of the video, but some amazing film-makers were on set with a RED and were able to capture and edit a lovely 2D version as well ~ unexpectedly! The technical demands of a 360video shoot are intense since the viewer can look all around, wherever and whenever they’d like. This means we had to construct a method to shoot the video to accommodate these constraints. We settled on having a fully-choreographed video with two dancers that you can watch as they explore the space all around you. The video directors and myself also felt that a modern dance approach would yield the right amount of emotional energy to convey the various intensities of the song, without getting too literal. Having two amazingly talented dancers (Soroa Lear & Anna Thornton) be a part of the creative process helped make sure that they understood the meaning and emotional context of the song. It took a whole team of really creative and talented film-makers here in Washington to bring both of these videos to life.

SEM: Your music sounds unique against the backdrop of so many other bands out there on the synthpop scene today. What inspired you to take Symbion Project in this direction?

KC: I’ve always felt like an artist without a genre, drawing from musical ideas and creative inspirations that weren’t confined too anything specific. I think by removing these boundaries and constraints I’ve been able to craft a sound for Symbion Project that is both unique, but has familiar aspects that aficionados of electronic music can appreciate. Of course, this has had the repercussion of making it quite difficult to reach certain audiences as the music is so hybrid. I love so many different musical styles from synthpop to classical Indian music to indie-rock; and there are so many beautiful instrumental palettes out there, beyond the vintage analog synths that fill my studio. By bringing in all these various musical and instrumental elements I can work on creating something unique. Additionally, I get bored if I stay too confined to one sound and I’ve tried hard for each album release to push things into new territories and explore their impact on the songs I write.

SEM: You have a number of other music projects in the queue–for the uninitiated, how would you distinguish one from another?

KC: Over the years I’ve been in quite a few bands like Splashdown and Freezepop, but currently I’m just focusing on Symbion Project and my synthpop band ELYXR. Since quitting Freezepop a number of years ago, I really missed making simple, catching pop songs. So I started ELYXR as a moniker that I could release synthpop singles under, each a collaboration with a different singer/songwriter that I respect. I also produce and mix music for other bands as well that want my expertise and creative touch. Lastly, I occasionally release a song from my baroque electropop band Rocococo!

Can you share one track from each of your current projects? (i.e. Soundcloud, Bandcamp or YouTube links would be preferable)

Of course! One of my recent ELYXR releases is an 80’s synth-ballad called “Planes” featuring vocals from Elissa LeCoque of indie-synth band Kodacrome:

And the most recent Rocococo song “Reject the Data” has a most splendid and absurd video.

SEM: Does your composition process differ from one project to the next?

KC: Not only does my compositional process differ between bands, but each album I also strive to mix things up and make changes to the process. The best example of this is the most recent Symbion album Gishiki which is heavily inspired by traditional Japanese koto music. To begin the compositional process for that album, all the songs were started in one of the many Japanese pentatonic scales. By removing the ability to compose with the standard western scales of 12 notes, I was forced to re-think how melodies and chords would be created. This forcing-function pushed me into musical areas that I was both unfamiliar and uncomfortable in, making me grow musically and push to create something unique!

SEM: Will Symbion Project be playing any live events in 2017?

KC: I’ve taken most of 2017 off from playing shows, but hope to resume by the end of the year and play more shows in 2018. ELYXR continues to release a string of singles (5 so far!) and I hope to have a few more out this year as well. You can stream/follow ELYXR here:

Keep up with Symbion Project