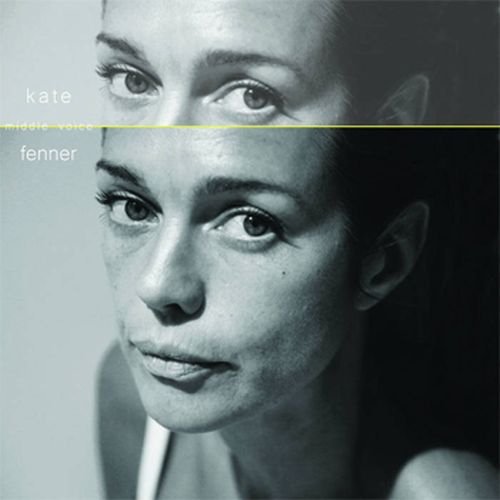 New York City-residing (by-way-of-Canada) singer-songwriter Kate Fenner is no stranger to the music field. In the 1980s she was a singer and songwriter in the Canadian alt-rock band Bourbon Tabernacle Choir, and also performed as a duo with her bandmate Chris Brown. She has since gone solo, releasing three albums, the latest, and most developed and perceptive, being Middle Voice. We had the pleasure of chatting with Kate about her recent album and her sage views on middle age, life as an indie artist, and creating music in NYC versus Canada, as well as detailing contributors to her LP, like the renowned Norah Jones and Kate’s long-time friend Tony Scherr.

Stereo Embers Magazine: Hello Kate!  It’s so nice to communicate with you about your latest album Middle Voice. How are you doing and where are you at this moment?

Kate Fenner: Hi, Jen. What a pleasure to be asked. I am currently at home in New York, taking shelter from a very hot day, in the company of my books and my guitar. Lucky me, it is often where I am.

SEM: Middle Voice is a rich LP that teems with many themes and perceptive, sometimes storytelling, lyrics. What real-life events and/or emotions informed your perspective on these songs?

KF: I’d have to say the primary driving force of most of the songs on the album was entering into this middle part of life, with all its attendant triumphs and stumbling blocks, and the evolving perspective that getting older allowed me to have on these events. In my case, motherhood, marriage, getting sober, getting ill, getting better, losing my father, watching my mum disappear into Alzheimer’s, watching friends get ill – all (and I say this without any irony) TOTALLY NORMAL things for this period of a human life. The songs started to come when I stopped feeling that these things were happening TO ME, but were just happening. This period has given new meaning to the expression “It is what it is”! It really is; it doesn’t quite matter how I feel about it, which in the end, is kind of a relief.

SEM: You travel through cosmopolitan piano pop and acoustic folk on Middle Voice.  Are these the music styles that you feel most comfortable playing?

KF: That’s a great question, because they are not, in fact, what I feel most comfortable singing. I grew up being influenced a lot more by soul and jazz (Joni, Bob, and Neil notwithstanding!), and have spent a lot of my life singing other people’s songs. I think I feel most at home inhabiting a song that I love rather than earnestly explaining myself, as I tend to do in my songs. Also, I am a very limited guitar player; when I go to write, I have only so many chords to work with.

SEM: How are your Canadian roots and NYC residency reflected in Middle Voice?

KF: Many of the musicians I most admire are Canadian singers and songwriters. There is a theory that all that space up there makes for a very spacious, unhurried creativity. Artists tend to take their time, let things develop, and I think I share that. New York has brought me into contact with musicians of all stripes, many far and away exceeding my own abilities and “craft”, who treat all music as music, and all kindred spirits as colleagues. That generosity can’t always afford to exist in Canada.

SEM: Why did you choose to cover “You’re a Big Girl” by Bob Dylan and George Harrison’s “That Is All”?

KF: When I initially recorded these songs, I did not have the intention to make an album; I was just trying to document my voice before undergoing a surgery for thyroid cancer (Your thyroid wraps around your larynx – Who knew? I didn’t!). Blood on the Tracks is one of my favorite albums; I hear that particular song and sing it as my older self talking to my younger one, and vice versa. With “That Is All”, I had just watched the Scorsese documentary on George Harrison and was very moved by his essence. It also perfectly summed up what I was doing in the studio, and it was the last thing we recorded, in one take. I had surgery the next day. So they were both just songs I felt like singing, which have been given a bit more context when placed with the others.

SEM: Middle Voice is your 3rd album.  How does it differ from your previous two LPs, Horses and Burning Cars and Magnet?

KF: I’m hopeful that it’s a bit more mature, both sonically and lyrically. My voice certainly smoothed out – After the surgery, I took vocal lessons for the first time, and learned to be a better steward of my voice. We took a long time really trying to make it sound lovely, which hadn’t been as big a priority before, where I focused more on the urgency of the songs. I am attached to certain songs from the previous albums; I still believe them; others feel a little too raw for me now.

SEM: Who contributed to your new album? I’ve read that Norah Jones had a hand in the studio.

KF: Yes, dear Norah played on three tracks at her home studio. We have known each other a long time, and Tony [Scherr, a long-time friend who plays guitar and bass on Middle Voice] has played a lot with her. We had a lovely day; she’s a brilliant musician who makes it look deceptively easy; quick and intuitive and so deeply musical. Bill Frisell is also a wizard who makes it seem easy; Tony is a regular member of one of his touring bands.

Jason Moran and I have worked together with the artist Joan Jonas (who, at 82, recently won the Kyoto Prize!) for many years; his talent and grace are beyond words. Kenny Wolleson is a beautiful, relaxed, lyrical drummer, and Sean Pelton, the other drummer, is a steady super-pro. Chris Brown added his magic, as did Steven Bernstein and his horn section. And then Tony, who played all the guitar and bass, and to whom I owe at this point a truly un-repayable debt. I’m leaving people out! But most of these are long New York relationships that came alongside knowing Tony.

SEM: You’ve been having quite an interesting journey in the music field that started in the 1980s, from being a singer and songwriter in the Canadian alt-rock band Bourbon Tabernacle Choir and then performing as a duo with bandmate Chris Brown.  What have you found most gratifying in working as a solo artist in comparison to being in a band?

KF: The thrill of finishing a song you’ve been working on, sitting on your couch with thrumming excitement, is pretty much the greatest feeling there is. That said, I haven’t had much opportunity to really rock out with a band for awhile, and that’s its own kind of thrill.

SEM: The record industry is in rough shape these day, what with the rise of digital media and distribution.  As an independent artist, how are you getting your music heard?

KF: Well, so far I’ve finally entered the world of Facebook and Instagram, online streaming, and I got James Moore at Independent Media Promotions on the job. I’ve been in contact with a small label in Europe who want to release the album… Safe to say I’m a bit of a dinosaur; I’m learning the ropes, it’s slow-going. I think I need more of a business plan than hoping one of my famous friends takes me on tour! It’s in progress, let us say – My hope is that the album can withstand the slow pace.

SEM:  What’s on the musical horizon for you?  Are you working on new material or playing shows in NYC or elsewhere?

KF: I have been writing, which is good for the artist part of me; it’s absorbing in a way that makes you not worry whether or not you are wasting your life! I made a video for “The Yield” and will perhaps try to do another one. I’ll do a tour in Europe early next year – Basically, I will book lots of shows wherever anyone with have me, because I just love singing.

Find out more about Kate Fenner: