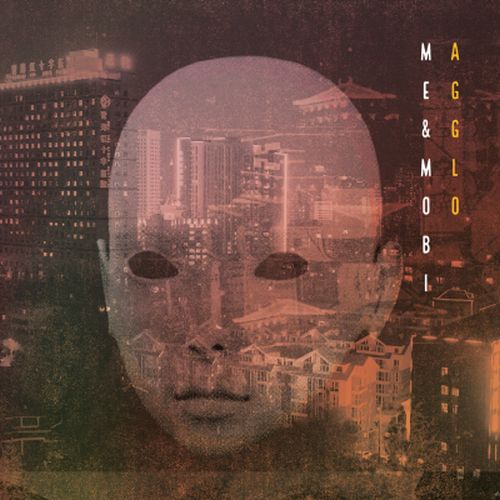 If you landed here because you’re tired of some obscure algorithm serving you music recommendations that feel like the same thing that you already know, but only mildly modified, then you’ve come to the right place. In fact, we just might have the right thing for you.

Agglo, the new album from the Swiss-German post-jazz trio Me&Mobi is nothing like anything out there. Or, maybe it’s like a lot of things out there, but pulverized and then reassembled into something that truly has its own thing going on. I mean, how many releases can you think of that could please ambient and post-rock lovers alike? (The sound of two thumbs twiddling.) I thought so!

Lisa Höppe took some time out to answer a few questions about the band and the new album.

Stereo Embers Magazine: Hello Lisa! So, to dive right into it, is 3 a magic number?

Lisa Höppe: Well, for us it is! We’re probably like a three-legged dog; it looks weird, but it works surprisingly well.

SEM: …Why not round out your band to a quartet?

LH: We’re touring with a van and packing the car with all our gear – piano, double bass, drums, amps – and that alone requires already serious Tetris chops. I guess four people would be logistical suicide.

SEM: Agglo sounds like a concept record. Was it intended to be one from the outset?

LH: Pretty much from the beginning, yes, but we were always careful with that we rule the concept and not the other way around. What we had in mind with Agglo was doing a collage of different moods, which all somehow refer to the big picture. This picture was in our case an urban landscape, the soundtrack of a mega-city, and especially the interplay between technology and people.

SEM: Do you think that the record (as in a collection of intentionally sequenced songs) will survive in an industry that seems to prefer playlists and single songs? Should it? And do you care?

LH: Yes, I care, and I see that especially the idea of a concept album seems to have become obsolete. It’s definitely not a trend in 2018. Nevertheless, I personally am a big fan of albums as kind of an art form. When I was 12 I loved Oasis’ What’s the Story (Morning Glory), because the whole album was one great flow; also because they put a lot of weird noises and sounds in between the tracks, and you just get this unique overall mood from this. But – same with Oasis and Me&Mobi – even when you have a concept album, that doesn’t mean that the songs don’t work individually. So I don’t see any reason not to do it, and if only one out of hundred listeners appreciates it, that’s totally worth it.

SEM: What’s the last perfect record that you heard?

LH: Laura Marling’s Semper Femina, which is a concept album, by the way. I just don’t know anyone else who combines simplicity and complexity in such an organic way. Her voice is incredible; her lyrics, and the production is amazing.

SEM: What’s with the obsession with agglomerations?

LH: Obsession is great; there is some kind of obsession in our music for sure. I think that this picture of our aesthetic comes from the music that Me&Mobi plays and what emerges when we improvise together. A combination of mechanical, digital, and rather artificial sounds that blend with acoustic drums and double bass. That mixture reminded us of something that develops in an urban area – somewhere where people are detached from nature, but not (yet) oblivious to it.

SEM: Would you say that Me&Mobi’s music is urban by design, or could you imagine making a record that is inspired by nature?

LH: Just now that you ask that, I’m wondering what would happen if National Geographic commissioned us with a soundtrack for a documentary. About the Alps. Well, that could get very interesting, but as long as they don’t ask, it’s not so likely we’re going down that road.

SEM: Is there a scene for your brand of eclecticism?

LH: Very good question, but I try not to contemplate too much about it. As long as we do what we love with conviction, we have a strong musical message, and people will not ask too much about genre, style and frame. It’s not the easiest place for a young band, but also a great chance.

SEM: Are you planning on touring North America?

LH: Since I live part-time in New York City, we’ll definitely work on getting our foot in the door there.

Find out more about Me&Mobi