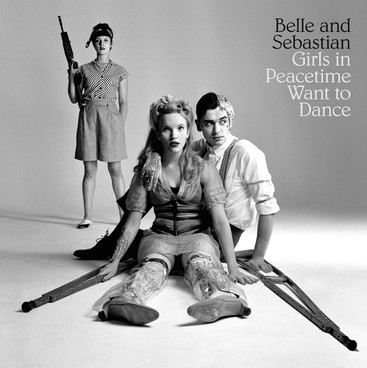 Belle And Sebastian have announced that their new album will be out in January.

Titled Girls In Peacetime Want To Dance, this will be the Glasgow outfit’s first album since 2010’s Belle and Sebastian Write About Love and their ninth album overall.

Recorded in Georgia with Ben H. Allen (Animal Collective) producing, the 12-song collection will be out on Matador.

‘Nobody’s Empire’
‘Allie’
‘The Party Line’
‘The Power Of Three’
‘The Cat With The Cream’
‘Enter Sylvia Plath’
‘The Everlasting Muse’
‘Perfect Couples’
‘Ever Had A Little Faith?’
‘Play For Today’
‘The Book of You’
‘Today (This Army’s For Peace)’