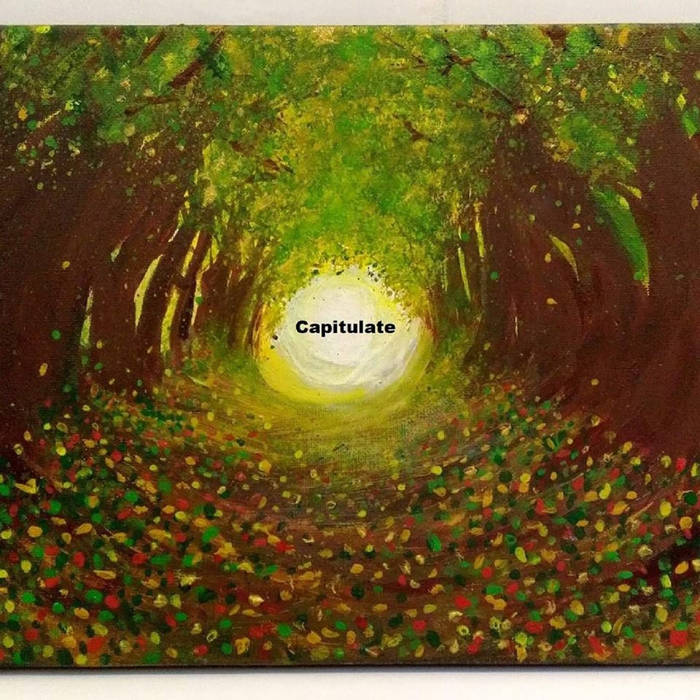 Even with the way information is so widespread on the internet, more and more we are starting to see artists whose identities remain a mystery.

Now, like never before, they are able to release music online and let their work stand for itself, without the need to rely on either a beautiful face, a glam-pop image, or even live performances (unless, of course, you are Daft Punk, whose faces we still do not know).

Xqui is one such intriguing artist, whose identity is cloaked. Having put out several dozen songs over the past year, spread out over multiple releases (listeners can find these all on Bandcamp) it’s an understatement to say that Xqui is prolific – yet this work is quite diverse, holding many different textures.

We spoke with Xqui this week and feel this offering lends greater insight into the world of this underground electronic artist.

SEM: Another new year. Make any resolutions as Xqui for 2019 or perhaps for any other projects you might be involved in?

Xqui: I’m not one for New Year resolutions, to be honest.  I think that if we need to change ourselves then we should try and do it straight away rather than wait for a manufactured event.  My new album, Capitulate is out so I’d like that to be a success.  The CD sold out on pre-order and I’ve just announced a cassette version.  I just want to carry on making music that excites me and already have a mini album completed but need to decide on a release date.  It is based around voices and has been manipulated to make it almost indecipherable, maybe a Coil/Throbbing Gristle influence.

SEM: What does the name Xqui mean or signify? Why did you choose it?

Xqui: It doesn’t really mean anything.  I just wanted something unusual that would guarantee a high-ranking result on Google!  The letters are slightly significant, but I’ll leave that up to someone to realize why.  I also wanted something that people didn’t know how to pronounce, so that’s been a lot of fun!

SEM: Can you tell us about your latest release?

Xqui: Capitulate took the Xqui sound in a different direction.  I’d previously released ambient and drone stuff but wanted to make something with a harsher, meatier sound.  I played with some quite big sounds and experimented with beats for the first time and it really became quite a labor of love.  I still love the sound to be quite disturbing and almost like a horror movie.  I like to leave a mark with the listener.

SEM: Do you ever collaborate with other artists?

Xqui: Yes, I’ve collaborated with quite a few.  I’ve already released EPs with Transmission 13 and Elizabeth Joan Kelly, which were both great fun.  The new album features collaborations with the incredible Radio Europa and Geiger von Mϋller, also the track “Deathbed,” which uses the sampled vocal of Fifi Rong–she helped me put the track together, too.  There are more collaborations on the cards.

SEM: Who do you see as your main influences and are you into any modern-day artists in particular?

Xqui: That’s difficult as I have so many.  I was heavily inspired by Chow Mwng and Cahn Ingold Prelog, but the act that started the whole thing rolling was Human Edwards who did a four-track EP based around the sounds of car indicators.  It’s when I really appreciated that music can be anything that makes a sound and that it should all be explored.  I’m quite a fan of Blancmange’s latest releases and like to listen to stuff from other parts of the world – currently I have albums from Africa and Pakistan, which fill me with lots of new ideas.  I’m also listening to some ambient dub which is amazing.  Pastoral, Gazelle Twin’s album last year was fantastic.

SEM: If you could go back in time to compose the soundtrack to any film what would it be?

Xqui: Hmmm, not something I’ve really thought about in great detail but it has crossed my mind.  Possibly a suspense or horror film as I think my work would be suited to that.  Maybe some background to American Horror Story, I love the theme to that.  A TV thriller, perhaps.

SEM: What is your opinion about physical vs. digital media in this day and age?

Xqui: Oooh, that’s a question and a half!  I’m very in favour of physical–I don’t feel as though I have anything for my money otherwise.  I like the idea that vinyl is back in fashion, but I do question why.  I think it’s really appealing to the music buyers of yesteryear and that’s fine, but I maintain that CD is the best medium in terms of sound quality.  For artists like me and many others who release music by themselves, then the opportunity to release music digitally is brilliant as we can reach potentially global audiences via the web.  Personal preference for me is a CD particularly when people are paying for music–that’s why I’ve offered many of my digital-only releases on a name-your-price basis.

SEM: Can you share with us a quick playlist of 5 of your fave Xqui tracks?

Xqui: Well, I’ve released around sixty tracks over the last year, so that’s not easy.  I’d pick something from my next release which will be a mini album called Lleisiau (Welsh for ‘voices’) and certainly a track from my first EP, Britannia.  After those then a track from each of my albums, Dragon and Capitulate and Much which I released as an Xmas gift for everyone–it’s a twenty-eight-and-a-half-minute extravaganza!