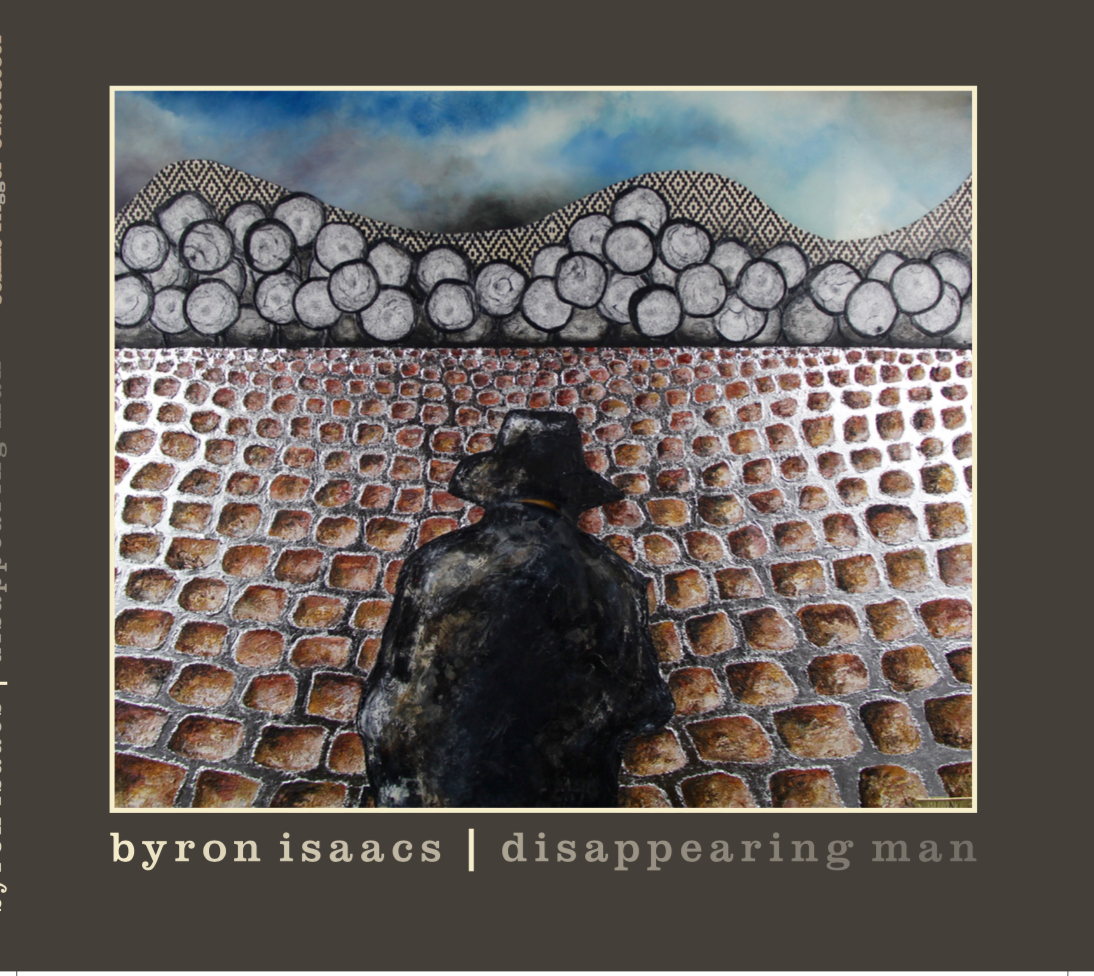 Stepping forward – but with no great haste – from his roles as founder of roots-blues-folk ensemble Ollabelle and invaluable hired hand in the Lumineers, bass player/songwriter/bringer of sonic spells Byron Isaacs greeted this fine summer of ’18 with his first ever solo album, an event the quality of which suggests should maybe have happened years earlier. A-brim with unusually solid, innately assured songcraft presented with a modest panache as if it’s an everyday occurrence (it’s not, at least in any normal mortal’s everyday), possessed of a rich natural sonority – thanks in no small part to co-producers Hector Castillo and Brian Cullman – Disappearing Man, burnished in the main with a warm ’70’s glow that most 70’s records didn’t really have, reminds of just how seductively satisfying a singer-songwriter album can be.

While to some degree a product of the select ensemble chosen to participate (Glenn Patscha on keys, Chris Masterson on guitars, and David Berger drumming shape an unfussily gilt-edged sumptuousness around these songs), all accolades in the end inescapably flow to the artist at the center of things. Though evidenced plenty in his previous endeavors, leave it to the crucible aspect of a solo album to distill the cumulative into a singular, career-defining gem, every facet somehow set to face the sun. Doesn’t always work out that way but it sure has here. Simply put, this is a beautiful record with an easy – but rarely heard – depth.

With a stark, dark bass foundation, “Losing You,” opening, also happens to have in its back pocket the pop suss and eloquently simple progression of a Nick Lowe song, as if the old Basher woke up one morning trapped inside the musical sensibility of Mark Lanegan. The title track is something of a propulsive romp, all full of swing and lope, its momentum augmented by just-right synth fills and some forcefully simpatico electric guitar accompaniment that, once begun, never leave’s the song’s side (Masterson’s work is, well, masterful throughout Disappearing Man), “Summer” transfixes in a most season-appropriate way, shiny ringing acoustics and a mid-song flourish of drum and electric that arrives like the afternoon breeze riffling the pages of the book you’re reading, while “Man of the Times,” with a meticulous fluidity, builds itself into the kind of naturalistic jewel as graced that Jesse Ainslie album a while back (and man what a captivating bassline). Further down the road, “Daddy’s Farm,” as with “Losing You” a co-write with Pullman, bristles with the edgy energy and oblique Dylanesque snark as its title demands, its coruscating, wild mercury ways easily up to the task before “Gypsy Wind” gently brings the curtain down in something of a woodwind-speckled prairie hush, an ending elegy in the quietly lovely mode of Neil Young’s “Harvest Moon.”

I did not, setting out on this review, expect to be singing praises in quite this way but Disappearing Man, much to my heart’s and ears’ great pleasure, is among the most accomplished efforts I’ve encountered this year. Take heed or don’t, but should you choose the latter know you’re missing out, and you can either own that, or own this album instead. A stark choice, yes, but that’s what life’s all about, no? At least this is an easy one.