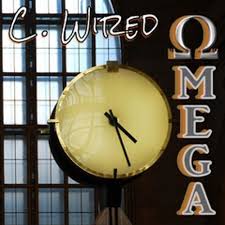 Whyard is a man who’s seen the world and devoured it as much as it’s devoured him. And when it did the latter, he devoured it right back. He’s battled demons in back alleys, wrestled with hard truths, and stared down into the abyss and decided he liked the light far better than the darkness. And not only that, he’s a guy who’s had millions, lost millions and then had them all over again.

In other words, Chuck Whyard is a man who understands that the world is best lived in with a few battles under our belts.

And to be fair, Whyard has won most of those battles.

Operating under the moniker C. Wired, the Detroit-born musician who now calls West Virginia his home, emerges on his new EP Omega with a perfect blend of wisdom, humor and grace. An introspective, probing and joyful blast of bluesy bliss, rootsy jangle and rollicking rock and roll, Omega is one of the year’s most soulfully invigorating releases.

With a delivery that falls somewhere between the late Country Dick Montana of the Beat Farmers and a scruffier Greg Brown, C. Wired’s narrative presence is one of the most unique in modern music. The soaring “Anna Kissed The Sky” finds his baritone at its best; the grinding blues of “Getting Sober’s A Bitch” features a gospel-tinged call-and-response, and the jangling pop of “Angels Dancin’ On The Head Of A Pin” is a decidedly catchy and spry blast of irresistible pop.