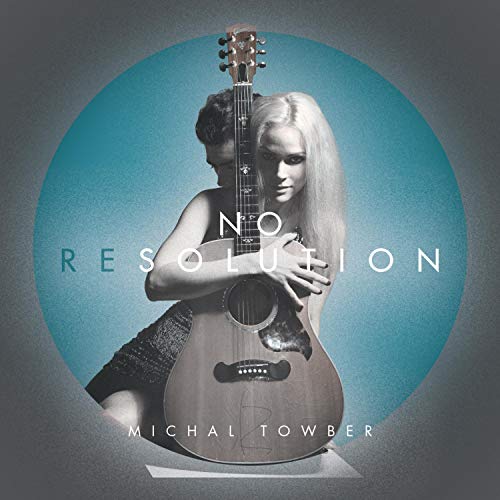 Well, while finally getting my bearings post-holidays, I find myself still thanking 2018 while simultaneously still banking on 2019. Thus do I (inadequately, perhaps) explain presenting a review of this fine album from Michal Towber that was officially released on Halloween. Amazing how quickly that time went by, isn’t it? So, looking forward to a rich crop of releases in this new year, and hoping all you reading this find yourselves in good stead. Though it be late in coming…Happy New Year!

Every person you see is a story, a story that itself is made up of countless constituent stories, a box inside a box inside a box inside of which beats a stubborn human heart straining to get its particular truth out. For the artist Michal Towber, whose own biography, upon cursory inspection, would seem to be one built out of multiple boxes marked ‘success’ and ‘abundant inborn talent,’ it was one of those hidden inner stories that almost broke her.

All stories at their core are wrapped around a choice, and in those that are most compelling those choices ripple in directions almost perversely antithetical to the reasoning behind them. Some number of years ago Towber made what must have seemed a rational and even healthy decision, abandoning her career in corporate law – and her hopes for a continued musical life – to raise a family in the relatively benign safety of the suburbs.

While from the perspective of our own removed perches any one of us reading the previous sentence may hear internal alarms going off like red alerts of the heart, for Ms Towber at the time that choice no doubt carried with it some reasonable weight. She had, after all, already had what might have seemed her fair share of successes and had them early, her first record, the David Pirner-produced Sky With Stars, landing on Columbia in 2000 when she was seventeen. From there good fortune had followed her like a devoted accomplice, follow-up recordings appearing in orderly fashion, tracks landing on HBO and Lifetime (among other outlets) not to mention hurricane relief compilations, Emmy nominations piling up. Along the way came a dizzying array of collaborations amid a host of other bright opportunities none of which surprised anyone that knew her, witness fellow high school alum Lin-Manuel Miranda recently tweeting that Towber, the classically-trained pianist, self-taught guitarist and, let’s not forget, a freakin’ corporate lawyer, was “always the most talented person in our class.”

Hence, then, against that backdrop, a decision any one of us might have similarly made: take a break, seek sanctuary, pursue in the name of that timeless human desire of raising a family a place away, quietude, stock-taking, a sense of a type of inner fulfillment outward success quite notoriously has difficulty providing. It’s a lure that so easily blinds to the inevitable traps, the often emotionally fatal consequences of seeking the falsely perceived security of a life away and it wasn’t terribly long before Towber turned with a yearning desperation toward songwriting, an effort not born of whim or habit but rather, as the singer describes it, “to save myself from annihilation.”

And so this album with its unpulled punches title (the “RE” printed in blue, leaving stark white “NO SOLUTION” to stand out in read-into-it-what-you-will fashion), running the gamut from the heartfelt ominous – the tension fear and sorrow that creep through opener “The Crash,” “Cut Me”‘s pain catharsis and release – to the outright, daringly lascivious (“Bondage” from its title to its content leaving little to the imagination, with “Devil You Love” running a feverish second) to the lucently straightforward as the album ends in a 4-song suite of sorts – the lovestruck, ironically-named “Tragedy” buoyed by rippling piano runs; the brief if similarly aching “Bittersweet,” Towber’s main musical conspirator AR’s precise jazz-folk guitar picking the only instrumentation; “Before Tonight”‘s cinematic, Nyro-esque romanticism that leads to “Secret Song,” a “Bittersweet” companion piece in style and structure and, more slyly, intent.

Throughout, the production by Towber and Kazin Zaidi is flawless, providing these songs with a rich, embedded transparency of sound that makes for a record that’s almost thrillingly honest, all the better to bring a well-deserved enhancement to this songwriter’s innate talents that, beyond the rock-solid arrangements, include clear-eyed – and cleanly articulated – lyrics that in a single phrase can be aspirational and plainspoken, defiant and confessional.

Listening to No Resolution, it’s little wonder then that Lin-Miranda and his classmates back at Hunter High were perhaps a bit intimidated by the dynamo sitting a few desks away.