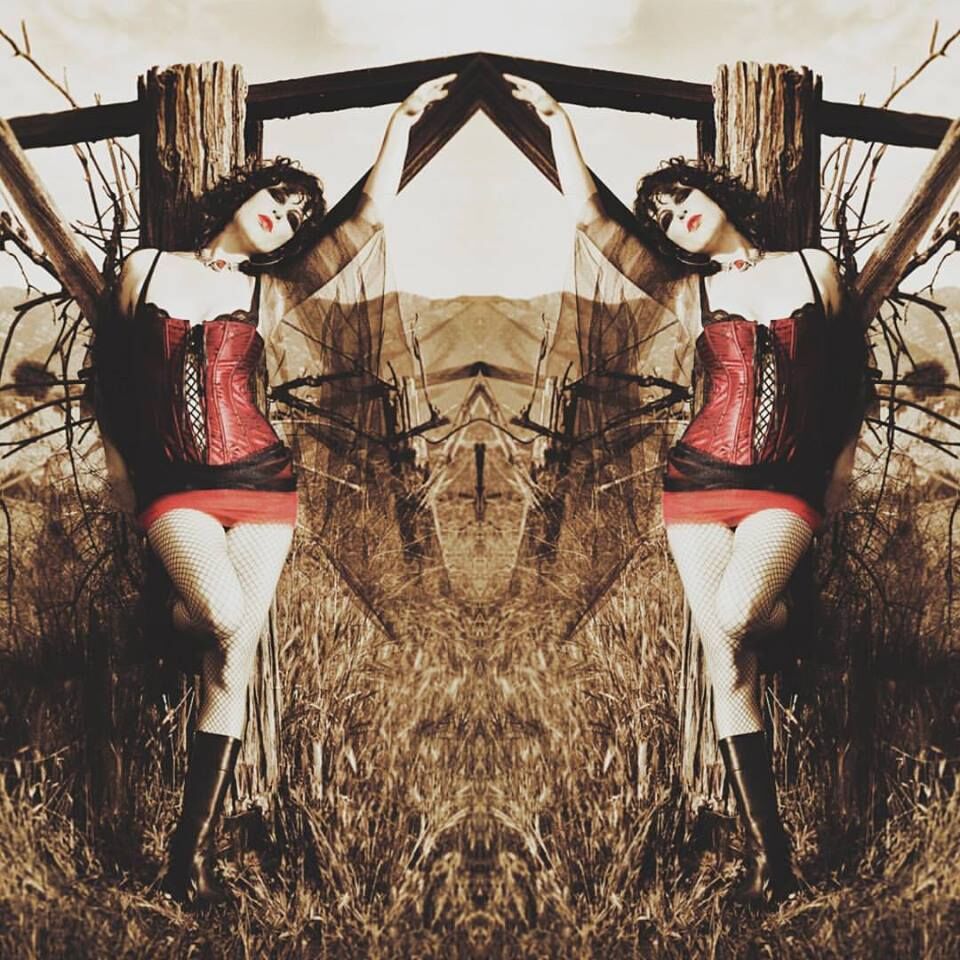 Attasalina, born just two blocks from the boardwalk in Venice Beach, Ca., was given her name by her godmother and it can be translated into the phrase ‘providing meaning’.

With this, it should come as no surprise that Attasalina pours an enormous amount of passion and meaning into everything that she does, whether it’s singing, songwriting, practicing fine art or creating beautiful images with her camera. Her creativity is truly boundless and she is undeniably overflowing with talent.

In 2008, Attasalina formed her first band The Seraphim Rising in Ojai, a cozy little town nestled in the mountains just north of Los Angeles and the beaches of Venice. The band went on to play packed shows throughout the area and recorded a six-song EP entitled Life In Suspension at the legendary Swing House Studios in Hollywood. In 2010 Attasalina collaborated with Daniel Ash (Love and Rockets, Bauhaus) on a studio recording entitled The Soldiers of Everyday that came with an accompanying music video that was visually captivating .

The dream continued with a collaboration with legendary producer John Fryer (This Mortal Coil, NIN, Love and Rockets) with a deeply haunting and soulful track entitled “Messages By Dreams” released in 2016 on the Black Needle Noise album Before The Tears Came.

Attasalina spoke to SEM about “Messages By Dreams,” her contribution to the BNN project.

SEM: John says “every song should be like its own movie, you should close your eyes and get taken to a different place.” Where do you see “Messages By Dreams” taking you?

A: Well, you know back in the 60’s there was this passion for the idea that rock ‘n’ roll could save the world. And while for some it was actually grounded in an authentic vision, by the 80’s a certain kind cynicism had, understandably, set in. Punk, in my mind, really did continue the thread of that passion. Embracing cynicism, fear and disillusionment with wit, poetry and power and expressing the need are indeed the very process for the revolution within in one form or another. I can imagine “Messages By Dreams” as the sound of this call that must be answered. Standing at the threshold of adventure, with the taste of wind in the room, knowing that one must become what is necessary for the task at hand. A rock ‘n’ roll hero saved by a dream.

SEM: Tell me a little about your creative process with John Fryer.

A: When John invited me to participate in the project I had no idea what to expect. I believe he had only released Bang Bang at that point. He sent me the music he had created and I immediately responded to the track. I loved the bass and the track had these very cool elements architecturally and sonically that I wanted to work with. He was in Norway at this time and I was in Northern California, so the distance and the time difference also created a level of privacy, working alone on the recording, that I had not had experienced much prior to this project. Bowie passed the week I started writing and I had experienced several profound deaths the year prior, so I was contemplating the journey, so to speak. I worked alone for a couple months–not being in very good health, I finally completed something I was happy with, recorded it and sent it off for feedback. I was quite gratified that John was immediately very enthusiastic about it and wanted to change very little from my initial raw take. That is one thing I really dig about John is his appreciation for a certain ethos rooted in rock of including the raw, authenticity of a recording and yet still managing to take it into a more pop arena in terms of style and sound. I first learned that from Daniel and and everything I have done has included that sensibility.

SEM: What are some of your past, present, or future projects that you’d like to note?

A: Currently, “The Soldiers of Everyday,” recorded and produced with Daniel Ash is out on his new album Freedom I Love which is truly exciting. I released a small record a while back called Life In Suspension that was recorded with my band The Seraphim Rising at Swing House, which was a blast. I am currently in process on a solo album and am extremely excited at the prospect of collaborating with Mr. Fryer on that recording in the very near future.

Visit Attasalina at her official site or on Bandcamp: