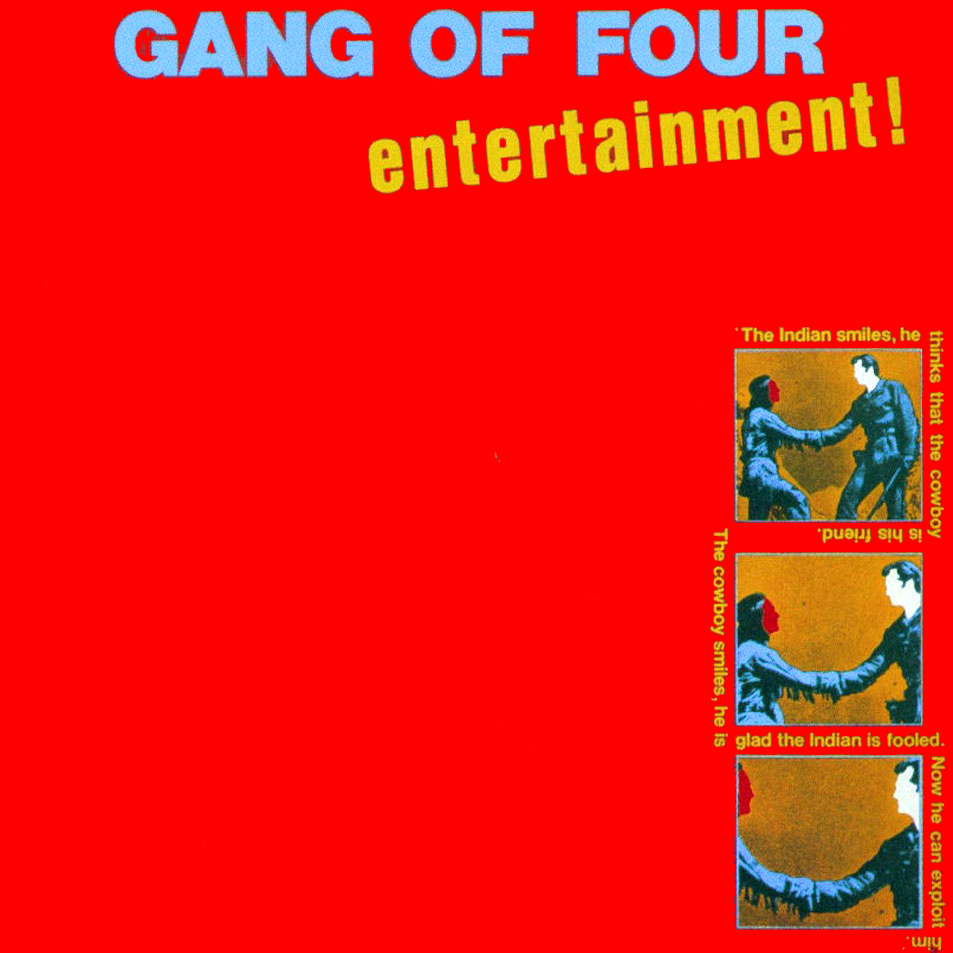 Andy Gill, the inventive guitarist and co-founder of the legendary Gang Of Four has died.

Gill had been hospitalized after a short respiratory illness.

The Manchester-born musician is one of the most revered guitarists of the post-punk era and beyond. His jagged, angular style gave numbers like “At Home He’s A Tourist” and “Damaged Goods” their signature sound.

As SEM’s Dave Cantrell once observed of Gill on Entertainment!, his playing was filled with,”…flinty agit-funk scatterings wreaking their own blistered precision.”

The Leeds-based Gang Of Four are considered to be one of the most influential bands of all time. Albums like Entertainment! and Solid Gold may be acknowledged classics, but their recent work, like 2019’s Happy Now, only added to their seemingly invincible discography.

As a producer, Gill helmed albums by everyone from Killing Joke to the Red Hot Chili Peppers to The Stranglers.

A statement that was issued through the band’s publicist Rey Roldan read:

This is so hard for us to write, but our great friend and Supreme Leader has died today.

Andy’s final tour in November was the only way he was ever really going to bow out; with a Stratocaster around his neck, screaming with feedback and deafening the front row.

His uncompromising artistic vision and commitment to the cause, meant that he was still listening to mixes for the upcoming record and planning the next tour from his hospital bed.

But to us, he was our friend – and we’ll remember him for his kindness and generosity, his fearsome intelligence, bad jokes, mad stories and endless cups of Darjeeling tea. He just so happened to be a bit of a genius too.

One of the best to ever do it, his influence on guitar music and the creative process was inspiring for us all, as well as everyone who worked alongside him and listened to his music. And his albums and production work speak for themselves.
Go give ‘em a spin for him…”

Roldan of ReyBee Inc. added: “Andy is survived by his wife Catherine Mayer, his brother Martin and many family and elective family members who will miss him terribly. Please respect their grief.”