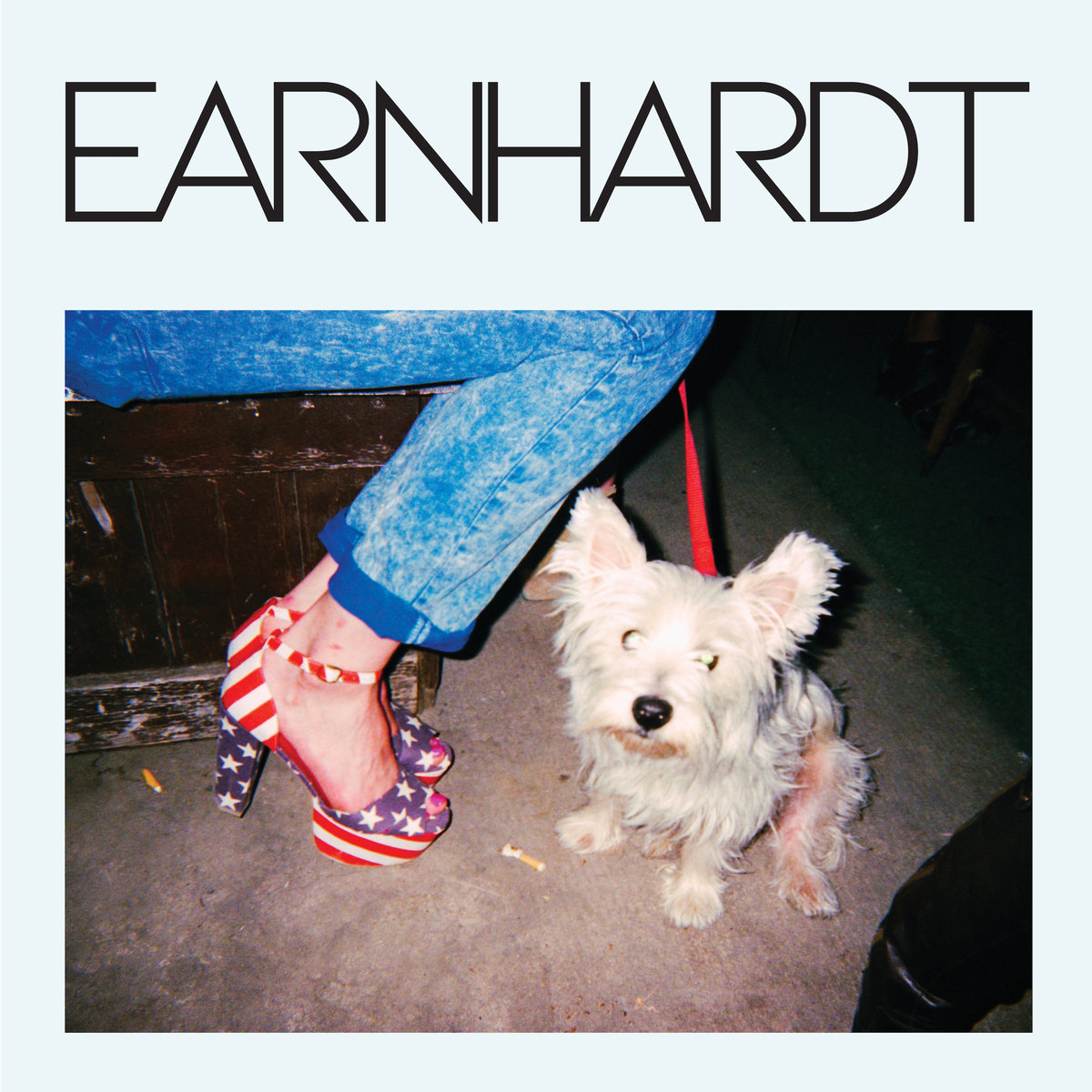 This collection is comprised of 9 tracks, built to stand as a showcase of the band’s sonic diversity. It will be released on vinyl on June 14 as a limited edition of 250 copies. The Earnhardt LP is the band’s follow-up to their Live at 100 EP, released in 2017. In the meantime, the band has been busy touring, writing new material and recording. Based in Brooklyn, Earnhardt are songwriter Adam Gerard (guitar and vocals), Grant Anderson (drums and vocals), John MacDonald (lead guitar), Steve ‘Sunshine’ Stapleton (bass), and Veronica Davila (vocals).

In a press release Gerard said of the album: “This record is a collection of rock songs about that universal human struggle, that broken heart. They’re all true and meant to listen toο loud, ideally a couple of drinks deep, heavyhearted or not. I think I tried to write a bunch of country songs and they ended up sounding more like 90’s FM rock radio. I love the hook of a song. It’s got to sound good. We embrace the hook…the pop element of it.”

For two tequila-fueled weeks in late summer 2016, the band lived and breathed these songs, refining their sound under the supervision of engineer and co-producer Ben Brodin (Conor Oberst, First Aid Kit, Savages, Pete Yorn), who handled recording and mixing at Another Recording Company Studios in Omaha, Nebraska, in addition to contributing piano, keyboards and guitar.

“As bandmates, we really know each other. There’s a collective instinct that we share when it comes to what something ought to sound like. This record has been a long time coming and we’re grateful to be able to share it,” Gerard goes on to say. Earnhardt also received mastering support by none other than Alex DeTurk (Taylor Swift, David Bowie, Kamasi Washington, David Lynch, Blonde Redhead). Τhe album also involves a guest appearance by Mike Mogis (Julian Casablancas, Trashcan Sinatras, She & Him, Jenny Lewis), also known for composing the soundtrack to “A Fault in Our Stars”. Mogis contributes pedal steel on “Women Without Whiskey,” where Earnhardt offers their own rendition of the classic Drive-By Truckers track. Former bandmate Dominique Otto also contributed vocals throughout the record.

Earnhardt’s music is inspired by the likes of The War on Drugs, Steve Earle, Counting Crows Tom Petty & the Heartbreakers, Fleetwood Mac, Emmylou Harris, Kurt Vile, and The Replacements. Adam Gerard and Grant Anderson previously performed as part of Young Lords, later forming the band Red Horse, releasing material with Steve Stapleton on bass. John MacDonald was also busy around this time as a member of Brooklyn-based The Archive. After a few years of sharing stages at shows around Brooklyn, Earnhardt began playing with MacDonald to round out the band’s unique sound. Veronica Davila, also of the Brooklyn-based group Low Roller, adds vocal harmonies.

As of June 14, The Earnhardt LP will be available on vinyl. Already now it can be downloaded from digital stores and the band’s own Bandcamp site and is streaming on Spotify.

Keep Up With Earnhardt