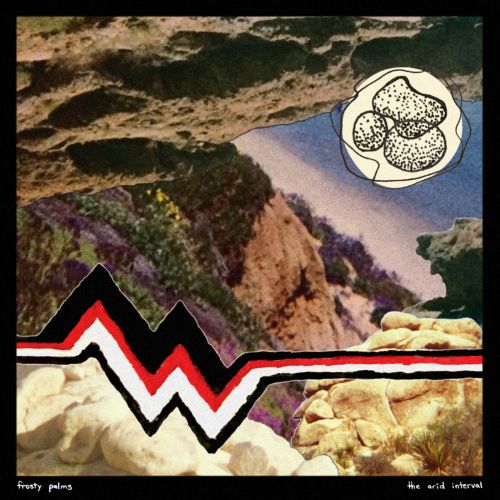 Molle has been writing, recording, and performing solo projects under various names in Chicago and Austin since 2008, and has been releasing music as Frosty Palms since 2017. He is also a member of indie rock project Ivy Dye (from Chicago, IL) and math-rock ensemble Mylets (from Austin, TX), among others.

The heavily multi-tracked recordings from the LP radiate elements of lo-fi rock, psychedelic noise, and experimental pop to form an emotionally resonant body of work from Molle. He’s influenced by iconic acts like the Beach Boys and by ‘60s psychedelic band, but what he creates sounds nothing of the like.

Lyrics like, “‘cause hell is a museum / open late on weekends” from the dream-pop-infused “bugspray” and, “but there it goes / I’m all exposed / and you didn’t even gasp” from “whethering” give a little insight into the abstract storytelling nature throughout the record.

Standout track “fuzz blush” features the lyrics, “pacin’ cross the nation / try and quell the fear / that it’s not lost / it’s just not here,” demonstrating a theme throughout the record that simultaneously interacts with Dolle’s more personal feelings of insecurity, missed connections, and troubled relationships with others (like, “I was absent, I could have been there/and I didn’t move,” from “lagging”).

Plenty of reverb-drenched guitars accent Molle’s songs as the tracks jump from bedroom pop to post-punk within a single song (the super-catchy opener “dull embargo” is a prime example, with its distorted and heavily processed noises from who-knows-where forming the ambience). Another highlight on the record is “a refrain,” an atmospheric and ambitious take on psychedelic folk that showcases all of Molle’s strengths beautifully as the song grows.

The resulting culmination of the numbers displays Molle’s meticulous song-craft, the engaging nature of the tracks, and a melodically driven sensibility.

Find out more about Frosty Palms: