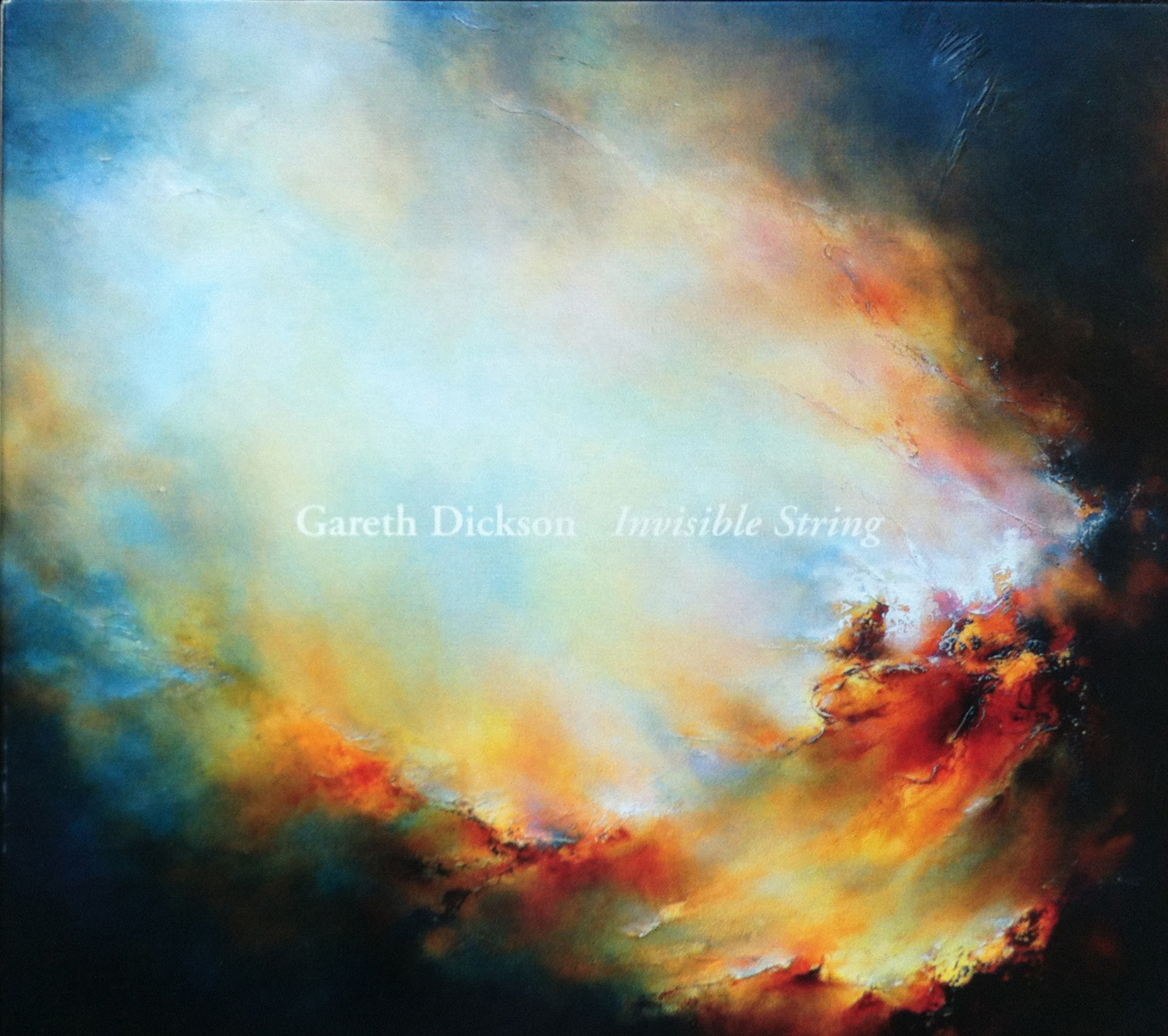 Imagine for a moment Nick Drake bathed in the sparse complexity of guitar soli at its most luminescent, or imagine Bonnie “Prince” Billy, after seeing that darkness, seeking out some light, that same softly treading sense of purpose redirected toward the gentle exuberance of life as it murmurs in our veins. Whatever your inner ear just conjured is almost certainly within range of what Gareth Dickson brings on Invisible Strings, a collection of live solo tracks culled from a 2012 tour of Europe.

Most widely known, perhaps, as the un-retired Vashti Bunyan’s touring guitarist, the gifted picker from Glasgow has also worked with Juana Molina (he’d be the only other musician heard on Molina’s Un Dia album) as well a dizzying swath of others, from David Byrne to Coco Rosie to the legendary Joe Boyd himself. Here, though, he’s on his own with nothing but a steel-stringed guitar and the ghost-in-the-machine marvels of analog delay and a reverb pedal. The result is an hypnotic strain of riveting where the intimate is the intricate and vice versa. 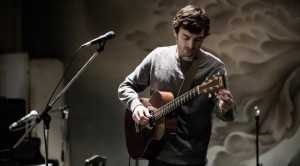 Pulling in glowing folk melody amid classical impulses – at times, I’m obliquely reminded of Jan Akkerman’s post-Focus work Tabernakel – Dickson’s sound, while captured in three separate venues here, finds its most sympathetic setting in an apartment lobby in Caen, France, where twelve of the seventeen tracks on Invisible String originate. One listen and one understands why the preponderance, the “large space and reflective surfaces” noted by the guitarist on the back of the album embracing the dynamics of his singularly sumptuous sound with an absorbing grace. The first few notes of opener “This Is The Kiss” are nearly exemplary enough by themselves, suspending in the air with the deeply sonorous sustain of a requiem, and as the piece unspools into a lovely, delicately hurtling spell of heartstrung folk, it feels as if the performance space is literally breathing in the music that’s being made in it, as if it’s an offering, which, based on the overall spirit that permeates this record, it is.

On pieces like “Agoa” with its tickling intricacies setting pizzicato against drone against layered rolling strums, the umbrously-toned “Jonah” whose relative sparseness actually accentuates the fleeting disbelief that this is just one guy in a room, and the playful Reichisms of “Two Trains,” going back and forth on itself like it’s playing some kind of contrapuntal tag, the structures of the songs merge with the structure into which they emanate, each embellishing the other, an architectural symbiosis of sorts. And it doesn’t matter the tempo. The existentialist “Get Together” moves along at a flamenco pace, excavating a breathless furrow of tumbled fretwork, overlapping arpeggiated runs mounted atop a relentless pulse of bass-string work, capturing the accelerated heartbeat rhythms of a man chasing after his own cast shadow before giving way to an extended coda that transforms the track from mere album centerpiece to a rather towering tour-de-force.

Of the tracks recorded elsewhere – three in Istanbul, two in Reims – Argentinian folk song “Nunca Jamás” with its devotional glimmer and the efflorescingly poignant “Fifth” fare best, though the surrounding cloak of ambiance is never as luxuriously unobtrusive as the Caen-recorded material and it’s in fact a bit of a shock, comparatively, how much the ‘live’ness of the setting intrudes.

In all a remarkable album, Invisible String not only showcases the commanding talent and tender wizardries of its artist but as well illuminates, with standard-setting clarity, how boisterously intimate a live recording of this nature can be. While it should be noted the extent to which Dickson’s relaxed demeanor and warm burr add to the flow and charm the proceedings, and further noted that his mastery is, unquestionably, in full blush, finding the ideal space would appear to be just as essential as anything. In this instance it was almost a trick of fate and possibly unrepeatable. Whatever the case, the results are magic.