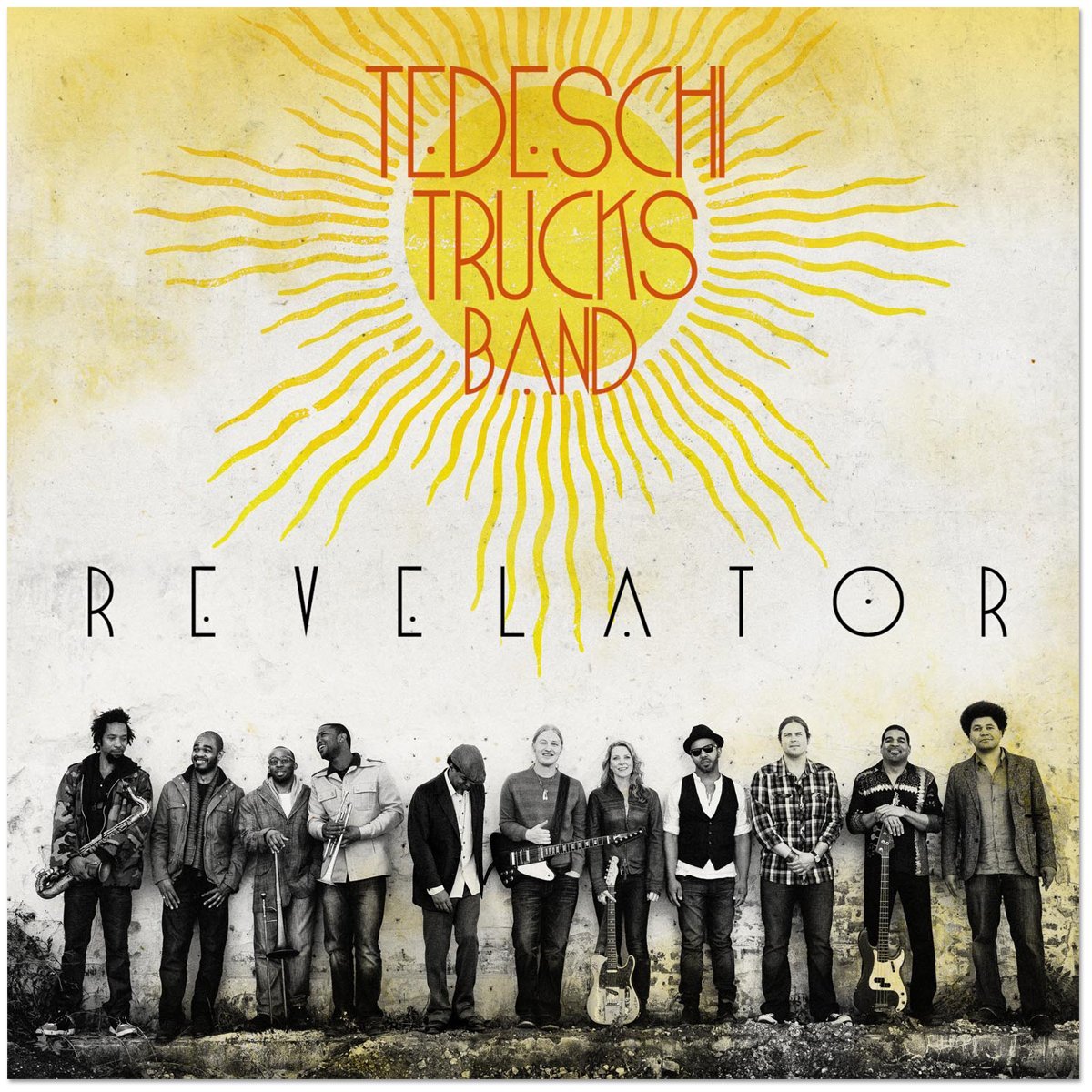 Ok, you can stop imagining anything about Pink and Jack White—it’s a faulty exercise.  Apparently, it’s extremely difficult to come up with a pop culture equation that correctly magnifies just how big of a deal the Tedeschi Trucks Band is. Blues fans worldwide can still scarcely believe that guitarist Derek Trucks and his wife, guitarist and singer, Susan Tedeschi have finally gotten together and created a band. And not just any band: The Tedeschi Trucks Band is an 11-piece ensemble made up of some of the greatest players in contemporary blues and soul.

The result of all this sheer brilliance and majesty is Revelator and it’s quite simply the best recording of 2011. How could it not be? Given the state of music today (with shrinking major label recording budgets), album production has trended towards a minimalistic, computer-manufactured recording approach.

The ever-reliable Jim Scott does the near impossible by capturing a band of this size and skill inside songs that are simple, clean and easy to connect with. Although the Tedeschi Trucks Band is easy to compare to the Dixie-soul throwback lineage of Delany and Bonnie or The Band, this is a stand-alone megaforce straight out of today. Revelator is a far more current sounding record than you might ever imagine. Its like Stax Records just made fresh in 2011.

The enormity of this band and this record has not escaped the industry or fans.  The album has been a strong seller on all the major charts and the Tedeschi Trucks Band’s tour dates have been selling out nationwide. One huge point to be made here is that this is not an album just for blues and soul fans–this is a record filled with, dare I say it, pop gems. Until now, Derek Trucks has been largely revered in blues circles as a prodigious slide guitar player and has been tapped for tours by greats like the Allman Brothers and Eric Clapton. Tedeschi, meanwhile, has ascended to the top of the contemporary blues landscape with her skills as a player, but more than anything her voice is a treasure. She has a sublime talent that is much more Otis Redding than Janis Joplin.

Stereo Embers was able to get a quick chat in with Derek Trucks to talk about Susan’s power as a singer, recording a band of this size and talent, and the overall accessibility of Revelator.

Stereo Embers: These are some of the most accessible songs that either you or Susan have ever put out. Was there a goal in the songwriting to reach out beyond your established blues followings?

Derek Trucks: No, we weren’t really thinking along those lines, but the songwriting was our main focus. The big thing for us this time around was to approach songwriting for this album with open minds and plenty of time and freedom to create. We had a big batch of songs that we’d written when we first put the band together, and then towards the end of 2010, we went back into our studio with some friends like Gary Louris, Oliver Wood and David Ryan Harris to add more tunes to the list. By the end of the year we had over thirty songs to choose from, which gave us the ability to pick and choose the tracks that were really working well in the studio.

SE: Susan’s crazy-amazing vocals are standout on this record, as she takes on many different styles seamlessly throughout. Was giving her a broader palette to sing on a part of the plan all along?

DT: Definitely. We wanted this album to really showcase all sides of Susan’s singing, and her entire vocal range. Everyone knows she can belt, but one of the things we wanted to capture was the softer side to her voice. A big thing for her was recording in the comfort of our own studio, which is right in our backyard, so anytime we felt inspired to record something, we were able to just jump in and get it done. Also having a veteran studio pro like Jim Scott on-hand made a huge difference in recording the vocals and adding to Susan’s comfort level. Actually, the first thing Jim did when he got to our studio was to insist that we build Susan a vocal booth. From day one we wanted to build this album around Susan’s voice and she delivered throughout.

SE: Can you guys talk about putting this band together? Was there ever a worry that there wouldn’t be room or parts enough to involve this many great players?

DT: We started with a short list of people we wanted to play with and then it grew steadily from there. Last year we had a core group of eight musicians for concerts. This year, after recording with the horns, we really felt bringing a horn section on the road would add to our sound. Same with the two drummers and the backing singers – with the drummers in particular it just happened organically. We brought in Tyler Greenwell and JJ Johnson and from the first moment they played together there was something special happening between them. So as a unit, the two of them can play in a way that a single drummer could never play on their own. You do have to be careful with a band this large not to go overboard but everyone in the band understands dynamics and believes in serving the tune, which means you have to listen and pick your spots.  On the album we found places to showcase everyone’s strengths, and we try to do the same in our live shows.

“Come See About Me”