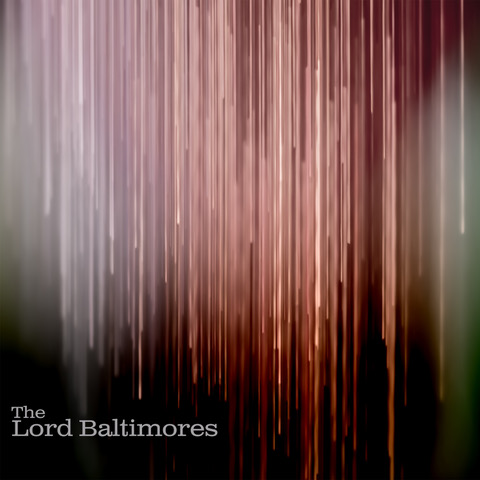 Out of self-preservation, which is to say an at least minimal maintenance of my sanity, I have to be careful about how I manage the new release slush pile that comes gushing over the transom on a weekly basis. Being of catholic tastes and frugal means, with the reflexive tendencies of any music obsessive addicted to the ‘possibility of the new,’ the combination of a couple dozen new albums from multiple genres that have managed to get their hooks in me over the last five decades along with the fact they’re free for the download taking, means I could all too easily find myself bingeing on this mad diet of ever-intriguing, no doubt notable marginalia while neglecting the healthier aspects of my actual diet not to mention personal hygiene. Over time this has led to a vetting process which, to be honest, has become brutally efficient, certain genre tags dismissed with a curt ‘I don’t have time.’ Again, it truly is for my own good – life if really fucking crazy enough, thank you – but I’d be lying if I said those perfunctory dismissals don’t come with a – fleeting, yes – but very visceral ache of longing, a glint of ‘maybe this time’ that very nearly blinks out as quickly as it blinked on. Very nearly but not absolutely always. Sometimes ‘nearly,’ with some suddenness, becomes a ‘must.’ Hence does the self-titled debut album from The Lord Baltimores find itself in my ears, pen at the ready

A collaboration between two musician-producers that, by the standard nature of such things, had very little reason to find themselves in the same room let alone studio together – David J Pierce (DeepEars to some) has the tags ‘composer’, ‘arranger’, and, perhaps most esoterically, ‘trombonist’ attached to his name while R.Jason Vandygriff (RJ5 to some) is a self-taught guitarist/producer that’s traveled the world for a decade and a half in a punk band (the Von Ehrics, if you must know) – the result, despite whatever odds, is nothing less than startling in its originality and fearless creative gumption.

A happy accident in its way – Pierce was hired to handle a horn arrangement on a record Vandygriff was producing – the ultimate product, it would be fair to say, didn’t just exceed but blew past and well outward from the expectations either principal had. With Vandygriff thinking “a funky R&B and soul record” full of horns and Pierce simply seeking to fulfill a long-nursed desire to fashion an album according to his own drive, his own ideas, what they have in place of whatever they initially imagined is a compositional wonder, one that nonetheless never strays from the foundational need to stay locked in a groove however varied.

There’s the ‘John Barry meets Barry Adamson on the deep-shadowed avenues where John Shaft made his name’ vibe of “Corazon” that starts things off (a track, by the way, that speaks concisely to much of this record’s impetus as Pierce, early in the suddenly time-freeing pandemic, took the basics of what his pal had sent him some months earlier and “flushed out an entire song, horns strings piano synth everything [then] pasted in his drum/guitar/bass parts and Frankensteined the whole thing.” A delightful monster was born.). There’s “Relays,” its reverbed trumpet parps giving way to a slinky outing that finds Sergio Mendes caught in an MC Escher’ed maze of irresistibility, the N’Awlins-flavored gumbo that is “Rice & Gravy” that’s phat on the beat and taking its jambalaya uptown, baby, “Featherweight” borrowing a Miles mood circa, say, 1972’s On The Corner and laying that lightness of complicated touch on the welcome mat of a romcom movie from that same era. There’s “Fun Steppin” that don’t need much description beyond its title other than to mention that said steppin’ has got itself some lively hijinks in its every cookin’ footfall, those footsteps followed with an almost surreptitious cool by the moody handsome enigmatic beast “Qualifier,” moving Sphinx-like through the deserted urban canyons on the far side of midnight.

In a lovely – and lovingly – contrarion way, The Lord Baltimores, with the track “In the Middle of the Dust,” ends in more traditional song form, vocals and all. Engagingly contemplative, the singer (Adrian Hulet, one of many, many highly sought-after session musicians called upon to help make this dream of a record a reality) takes the role of a zen-wired dad that’s listened to a fair amount of Sun Ra and read a fair amount of Rumi and Lao Tzu having the ultimate fatherly chat with his kid against a backdrop arranged like an Aaron Copland tone poem. While surprising in its way, the fact the album’s departure is something of a departure can only help underline the feast of versatility that’s come before it.

Even as this pair brought to bear all they’d gathered over their admittedly disparate careers the odds of success on any level wouldn’t exactly present an over/under favorable to your average garden variety bookie. That it succeeded in such a wildly satisfying way derives, at least in part, from a tidy handful of serendipitous factors. One is simply having the sturdy if largely unpredictable force of providence guiding the till with its usual inscrutable hand. If Vandygriff and Pierce hadn’t met when and in the way they had, a passing idea of a project like this would have quite likely done just that, passed on by like a cool idea vaporizing in the ether of busy schedules and bad timing. Two, related, is the extent to which the process here was in its own strange way pushed toward its fullest potential by what could be called, with no little irony, ‘pandemic opportunity.’ Little feeds the seed of a ‘so crazy it just might work’ idea like the forced luxury of time afforded by a plague. Primarily, however, it really was down to the germ of genius (if you will) unleashed when these two started chatting under the auspices of happenstance in some little studio in Texas a few years ago, each recognizing some kind of something in the other and the cross-spark of The Lord Baltimores was born.

Fate may move in mysterious ways but we’ll be damned if sometimes it doesn’t act as if it’s fueled by a tiny but stubborn ember of foreknowledge. Believe that or not, whatever the case the results here truly to speak for themselves and with no small degree of unfettered delight.