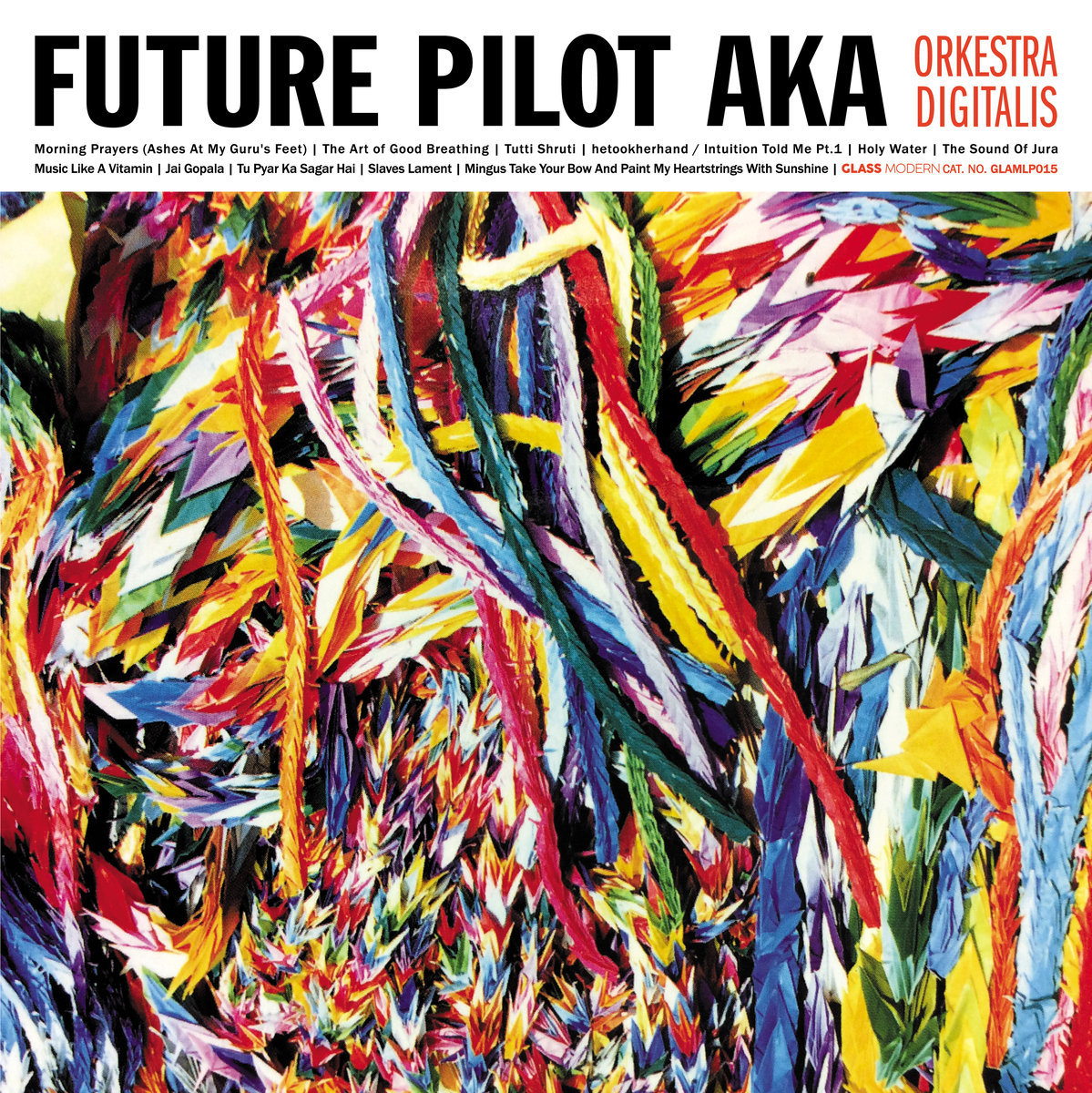 Future Pilot A.K.A., a.k.a. Sushil Dade, is the former bass player for The Soup Dragons, BMX Bandits and Telstar Ponies. Those days are well behind him though, as anyone who’s gotten lost in a Future Pilot A.K.A. album will tell you. Unfortunately, his days in this guise are coming to an end as well. Orkestra Digitalis is slated to be his final studio album–but what a way to go out!

As it goes, the album was made over the course of nine years but not because of studio, musician or financial difficulties–originally it wasn’t even going to be released properly. Dade started a #soniktreasurehunt sound/research project across Scotland and actually hid the recording in various locations like wind farms, beaches and islands. Once all the music was located based on the clues he left on social media he did produce a one-off edition of all the tracks which was found in a picnic basket at a bus-stop near Faslane Nuclear base.

Thankfully, the good folks at Glass Modern have seen to it that we can all enjoy this stunning album. It is diverse, engulfing and like the proverbial onion, very multi-layered. ‘The Art of Good Breathing” was one of the first singles to be released and you can easily see why. Emma Pollack and Ron Sexsmith harmonize so well together and the song grooves just like Dade’s former band The Soup Dragons–it’s slightly psychedelic but with great modern touches. ‘Tutti Shrutti’ is where Mr. Soft Machine Robert Wyatt lends his voice–the track’s synth horn plays lead as the background beeps and blips along with the tabla and tambourine while the bass keeps churning Dub-style. A very fun song.

Later, “The Sound of Jura” lulls along like a breeze and the wistfulness can almost be felt. “Jai Gopala” is a fun and danceable tune with definite Indian roots that you can’t help but smile and move along with. Mulatu Astatke makes his vocal debut on the Charles Mingus tribute song “Mingus Take Your Bow and Paint My Heartstrings With Sunshine.” He sounds eerily like Richie Havens–it’s such a warm, deep voice that he should not have sheltered all these years.

You most certainly go on a trip here because the music is all over the map–rock to Jazz to Reggae to Dance. Quite simply, Orkestra Digitalis is sublime. You cannot walk away from this album without a huge smile on your face.

Hopefully Dade will rethink Future Pilot A.K.A. and bring it back for another round. If not, I thank him for all he has done and for leaving us one hell of a swan song.