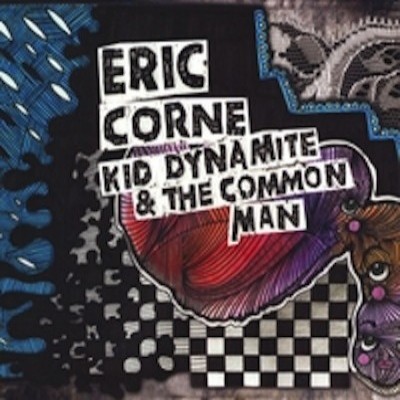 Armed with the lippy snarl and lyrical smarts of a young Joe Jackson, singer/songwriter Eric Corne’s debut is an exhilarating listen.

The first solo album from the leader of space pop heroes Mysterio, Kid Dynamite And The Common Man covers some vast musical terrain: “Stop & Stare” is a slow, rootsy burn; “Nobody Plays Here Anymore” brings to mind Graham Parker’s successful forays into reggae and both “Dead End” and “I Know A Girl” come across as sung by a young, tough Marshall Crenshaw.

With a sound steeped in Americana, new wave and the blues, Kid Dynamite is a ruminative album of tremendous sensitivity, subtly weaving together its ten numbers to reveal a discomfort and unease about the current state of the world. (Such as it is.) Keeping that in mind, “Common Man” is a protest song that suggests Peter Case’s early solo work; the Band-influenced “Blackguard” confronts personal and geographical loneliness, and the apocalyptic “Evil Men” urges: “Gather ‘round my plastic men/Prepare yourselves we’re near the end.”

Tuneful, melodic and smart, Kid Dynamite And The Common Man is a stunning musical polemic that uses a light touch to make heavy points.