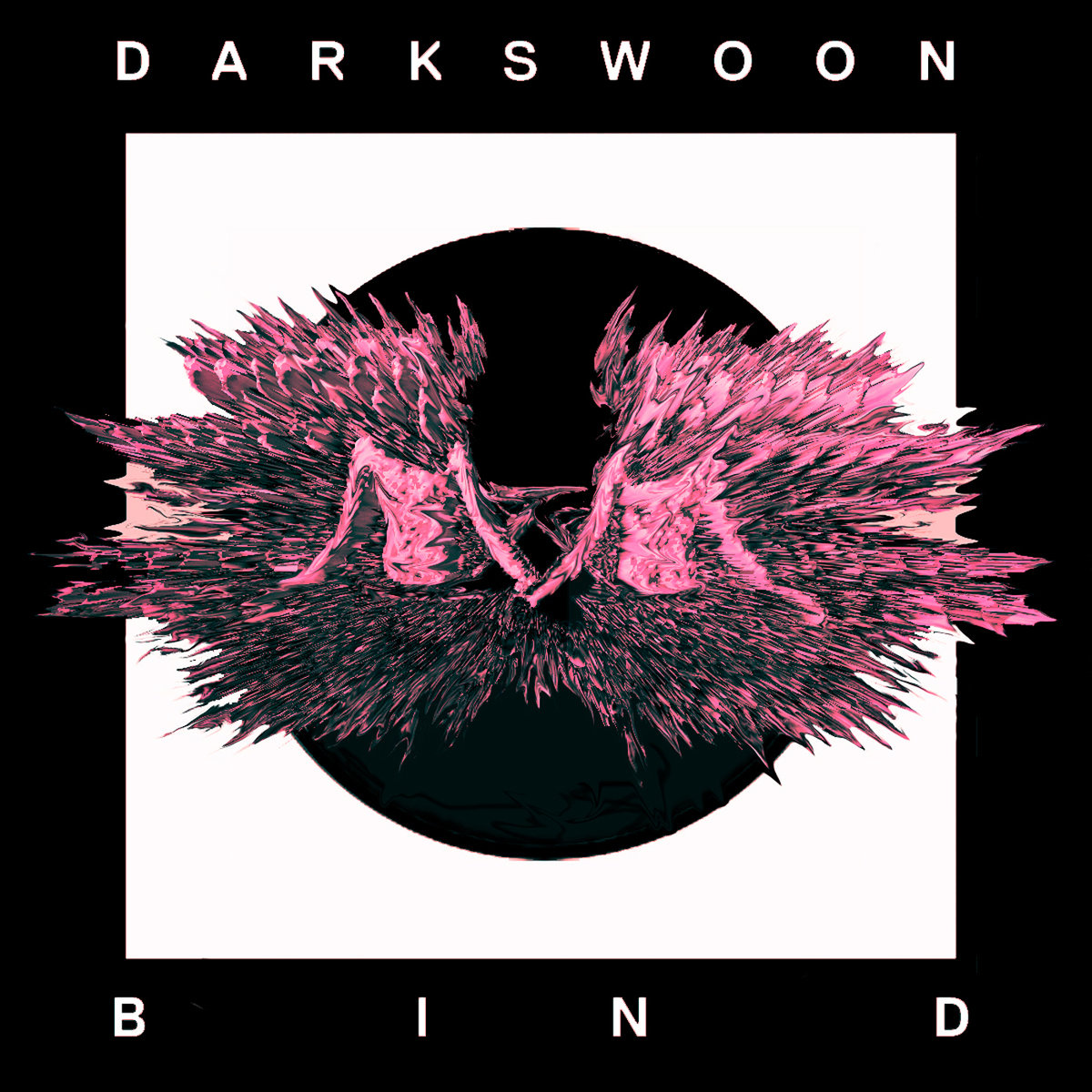 Sometimes from the subtlest sounds come the profoundest voices. Think Robert Wyatt, Young Marble Giants, think Low creating power out of the spaces in between. For that matter think The Knife exploding quietly sideways like a kaleidoscope of chaos and beauty. Portland’s Darkswoon – settled now into a trio of band founder/singer/guitarist Jana Cushman (the ‘swoon began as her solo project), Rachel Ellis (synths and beats) and bassist Andrew Michael Potter – while not necessarily resemblant nor influence-beholden to any of the aforementioned, do share with them the uncanny ability to turn their deepest, most intimate creative dreams inside out in such a way as to suggest that what they produce aren’t simply songs – though as such they stun with their dark grace and movement – but rippling mirror images of the subconscious, fluid intuitive sound paintings of what it feels like to be young, committed artists in the current nervous age, carrying forward as an act of faith regardless of what they see in front of them. What it feels like, in other words, to be Darkswoon.

In theory, of course, this is what we’d want and expect from any artistic transaction we’re hoping to be moved by, but despite innumerable attempts across the vast spectrum of platforms, the success ratio, so far as can be seen, remains low, leading to a state of perpetually anticipated disappointment. Thus, when an album like Bind comes along (a debut, no less), its ability to pull the listener irresistibly into this vortex of richly reflected life experience – not directly by lyrical trope exactly but more often via the far more consuming effect of liminal suggestion; those shadows do tend to illuminate, after all – it rightly deserves our devoted attention.

Blending the febrile with the cerebral, striking a ravishing tonal balance between teetering on the edge of existential anxiety – which, y’know, who isn’t? – and resolving it by diving head-on into it, Darkswoon seem confident in their belief that melody, impeccable song structures and the eternal potential of strategically place bass notes (check that pivotal moment 3:22 into “Emoto” for proof) will provide not just a kind of aesthetic armor but also act like a cadre of guiding angels, and they’re right. This is a record that inspires survival.

While in some quarters the sound in which Darkswoon trade has been dubbed electronic shoegaze, if a genre tag must be applied we prefer the one found next to their name on Discogs: elektrohaze, as what one hears here in terms of atmosphere isn’t so much in thrall to the late 20th C.’s glacial sheets of reverb but rather the moody dynamics of concerted songcraft as might have been expected from PJ Harvey had she emerged in 1982 instead of a decade later, the ‘elektro’ in which case speaking for itself, the ‘haze’ deriving from the pulsating, dark emotive textures echoing back across the channel from Berlin at the time. All speculative rhetoric aside, however (and anyway Darkswoon’s name basically is their genre), Bind, contemplative in the main but fully capable of convincing with force when necessary, is at the very least forty-three of the most immersive minutes you’re likely to spend under headphones this year.

With its 4/4 time signature given a case of the spectral jitters and a woozy insistent guitar pattern that’s all Vini Reilly in a Philip Glass mood, opener “Red Ferrari” rides its skittish subterranean rhythm as if its engine is purring with a lulling dread, Cushman’s vocal an unsettling mix of calm and fleeting. As tone-setters go it couldn’t be more prescient, giving fair warning between the notes of both the no-net tightrope we’re embarking on and the trust we should have in the sturdily vulnerable shoes in which we’re walking.

“This Flesh” – fuzzy bass blur, restless arpeggios of synth, vocal tense with its own restraint – is nervous pursuit made manifest even if the chase is that of anxieties racing in time to the tremors of the heart. Signature track “Human Faults,” thundering of undercurrent, its rhythms rushing from the primal to the tribal, brandishes its powerful subtleties like a shield, a force field, there’s a quality to it, in the shadow funk nature of its percussion, in the cathartic trill of the vocal melody, that proves not only compelling in a visceral, mysterious way (Talking Heads backing up a tremulous-but-determined Kate Bush would be a possible compass point) but as well creates this oddly dual perception that it’s intention is to be both fiercely protective of the voice at the center of it all and capable of leaving it to an uncertain fate. And therein perhaps a gist of why this all works so well and impresses, managing as it does throughout to tap dance its way – rather blithely it must be said – along that highwire we were just talking about, tilting between the sheer turbulence of our species’ darker tendencies on the one side and the steady torchlight of love and passion on the other.

Further borne out by the likes of “Animal,” feral as per its title but also ringing with a bright chrome guitar sound, the tumultuous “Fireplace” where anger flashing inside a dense thicket of bass-drenched noise gives way in the end to one of the album’s most spellbinding melodies, and, say, the hypnotically terse sprawl of the 9-minute closing track “Love is a Warm Dark Cave” that could well become the founding document of the dark ambient-gaze movement that’s right around the corner, one has to wonder, what with all the gene-splicing of countervalent forces going on here and the riot of elegant tensions that results, if the ‘Bind‘ isn’t one the band find themselves in but rather one they invited themselves into. Be that or not, this type of conflictual nexus in which they work, offering feints with a sureness of hand, serves their purposes very well. Even so, we’re betting it wasn’t easy. Creating art that makes a mark, has an impact as this album most certainly does, that has to take a toll. That Darkswoon were willing to pay it should not be taken for granted and, in fact, as this album ends, if you’re anything like us, it’ll be a surge of gratitude that fills the silence.