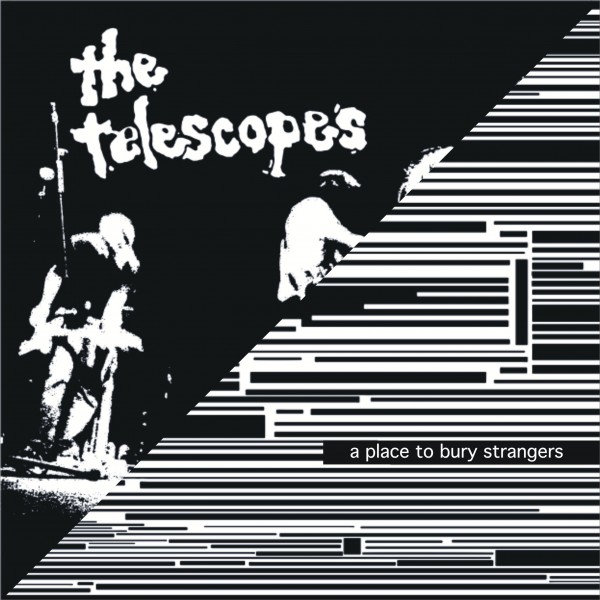 On Wednesday, April 15, 2015, Fuzz Club Records will release their sixth split single, which features two of the noisiest (and best) bands of the past 30 years: A Place to Bury Strangers and The Telescopes.

A Place to Bury Strangers have contributed an original noise fest and feast called “Down the Stairs,” while The Telescopes tackle the all-time classic “I Wanna Be Your Dog” by The Stooges. Both tracks are necessary acquisition for any noise addict.

The print run for the split will be 10,000 copies, 200 of which will be on orange vinyl. You can add this essential recording to your collection by visiting the Fuzz Club site.

You can preview the split here.

And don’t forget to pick up A Place to Bury Strangers’ latest LP, Transfixiation, which is one of the strongest LPs of 2015, and to catch them at Levitation / Austin Pysch Fest.

The Telescopes’ latest full-length is 2013’s HARM. The band has been making consistently powerful feedback-drenched music since 1988. They’re true legends.