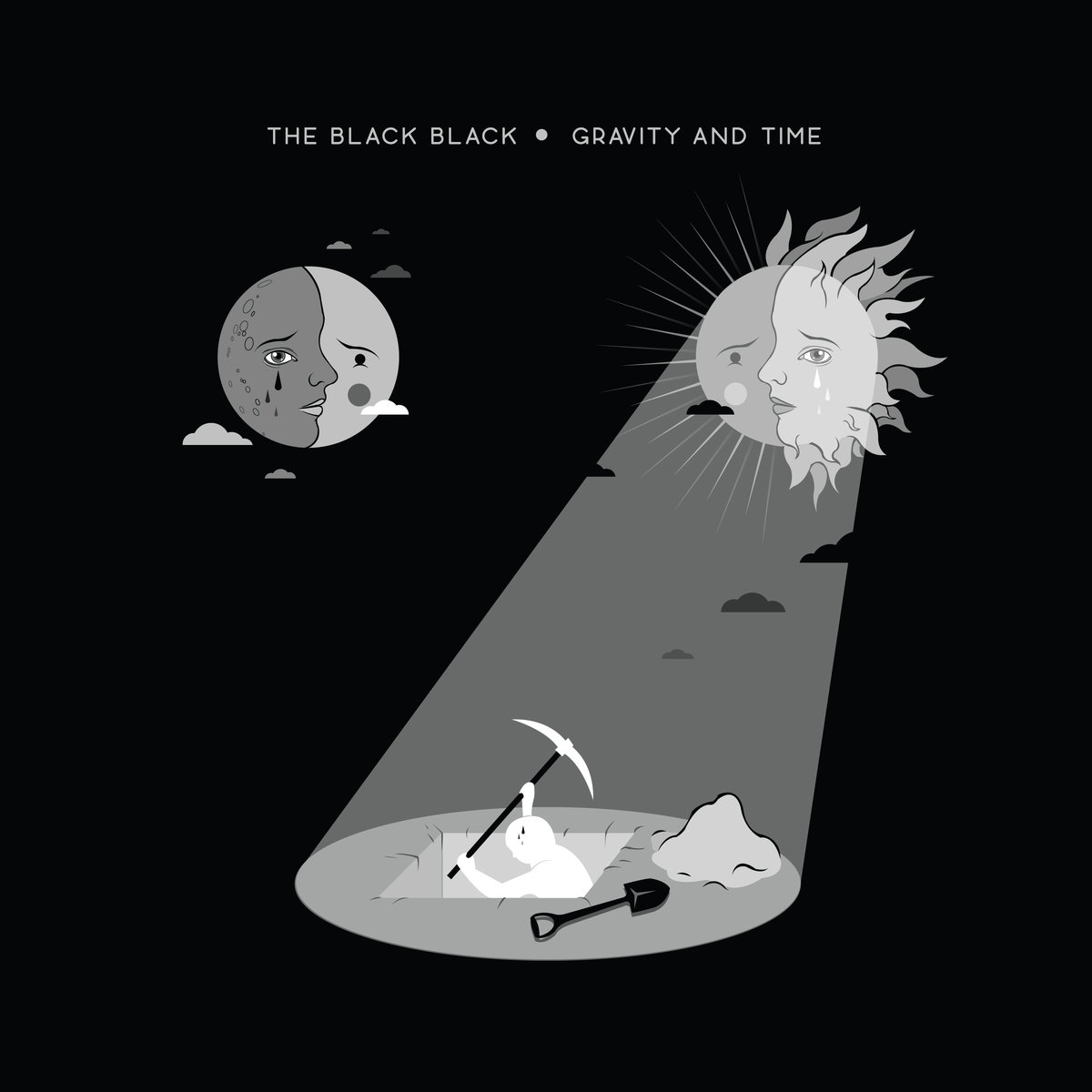 When I wrote this a little over a week ago I was intending on moving instead on to another better-known band (read:European, on an established label etc) but there’s such a thrilling, hungry urgency to this band out of Brooklyn that I was driven to forego all else for a moment and present to you, in something hopefully approaching surround-sound text so you can’t escape them no matter which way you turn (not that you’re gong to want to), The Black Black.

Whereas there’s something appealingly elusive about them – under 800 Facebook fans, no individual names anywhere I could find and I only know they’re a 5-piece by a photo on their beta-basic website – that’s not why I dropped everything to scribble my little heart out about them. Neither, for the record, is it that this follow-up to 2014’s Boogie Nights (which I still have yet to listen to; the band, though extant since 2012, just now roared up on my radar like a flying tiger on fire) is only physically available as a cassette (cool, yes, but not my thing). Mystique, even when it’s mostly, it appears, unintended, is certainly welcome but it’s the music that – duh – counts, and The Black Black deliver that on Gravity and Time with a level of primal, somewhat retro(a)gressive panache that clears the receptors like a palate cleanser made of electric steel wool.

What I’m essentially inferring here, then, in the bluntest up-front terms, is that The BB could be seen – that is, heard – as the Strokes had they been more the wastrel acolytes of the raw static power of the Stooges than the dissolute, privileged young cousins an anemic wannabe Johnny Thunders (you might also, to gain further purchase on The Black Black sound, imagine the Saints had they come from Queens, but I digress). Oh, and with, by the way, a bass presence that rumbles down the fuzzy bowery somewhere between JJ Burnel and whoever it was in LA Machine, a foundational element that’s as nimble as it is primordial. Where does this leave us, where does all this take us? Well…

…in the unforgiving, throbbing lobby of the Hotel Fall on opener “We Know You’re Just Pretending” that sprawls respectably in the skewed and vaunted tradition of the Mark E Smith scathe. To “Ego Inflator”‘s hothouse proto-Pixies pressure cooker (which is actually kind of – kind of – a love song, or at least an infatuation song). In the kingdom of “Kingdom for the Passerby” that borders on – but never trespasses nor blunders fully into – a kind of prog-motorik-psych punk that has to pass for epic in the Black Black universe maybe but whatever it’s actually quite beautiful in its dark grimy hypnotic way. From an overarching vantage, however, where we’re led toward is a state of mind that’s anomalous in its intent, a place where one’s perspective is simultaneously lurching between something of a wounded hard-edged hope and another something that more resembles malevolence, two opposing points on a spectrum mediated by, what else, the want for (and/or the want of) love, or anyway some type of emotional connection whatever it’s to be called. Should this not be clear from just the sheer streetwise drive riven with (slightly shredded) classicist tropes, well…

…the band have been kind enough to drop a telling clue right smack in the middle of Gravity and Time‘s tracklist, where the slow-burning resentful yearn of “I Wanna Love You” is followed two songs later by their dissemblingly dark cover of the Soft Boys’ “I Wanna Destroy You” which, though assuredly menacing, feels in fact less freighted by the glower of threat than its mate. And the song that separates them, that makes that tense frisson all the more delicious? It’s called “Another Man,” a chugging accelerant of a tune the gist of which I’ll leave to your capable imagination.

OK, so now you know. I’ve let the claws-out cat out of its barbed wire bag. May it wander untamed into your happily coal-dark hearts. Been in mine for a couple weeks now and it seems we’re gonna get along fine. All it takes is, yep, a little gravity and time.