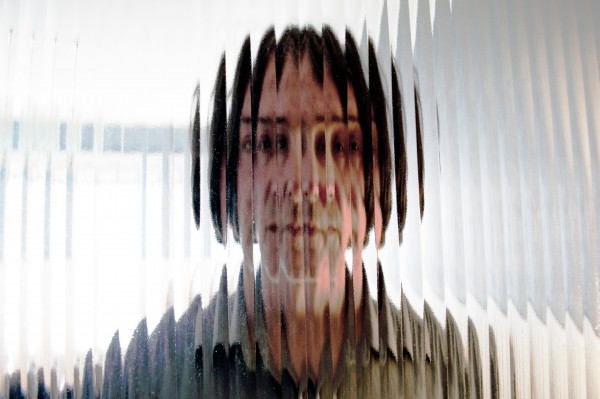 Stephen Lawrie is a rarity. In a corporate musical landscape that insists on feeding us more and more of the same, Lawrie and his band The Telescopes nourish us with fresh sounds and invigorating emotions.

Lawrie has been doing this for over 20 years, putting him on a par with bands such as Sonic Youth, The Brian Jonestown Massacre, and any band of which you can think (they’re probably aren’t many) that over a period of multiple decades, never settles on a single sound and relentlessly inspires listeners with new ideas.

From the early shoegaze of The Telescopes (1992) to the experimental electronic sound of Hungry Audio Tapes (2006) to the epic noise of HARM (2013), Lawrie’s passionate exploration of sound and word hasn’t ceased.

This year’s Hidden Fields (which comes out on Friday, August 7) shows that Lawrie has stayed hungry and true to his imagination by creating one of his most compelling and thrilling records yet. SEM will review the record later this week, and you can preorder it here. But, for now, please enjoy our interview with Lawrie.

SEM: It’s an honor to speak with you again, Stephen. Your new record – Hidden Fields – features the members of the Glaswegian band, St Deluxe. What attracted you to working with them and how did you meet them?

SL: We’ve been working together for a while. I think Slaughter Joe Foster introduced us when St Deluxe used to record for his label. I’m not sure. But whenever The Telescopes are up in Glasgow, they usually play with me and we try and record. I got the call from Tapete Records while we were already working on “You Know The Way.” Tapete loved the rough mix, and everyone was up for doing more. So that’s how recording an album together came about. There are a few bands that help me out where everything just clicks. St Deluxe are definitely one of them.

SEM: What instruments do Jamie Cameron, Ross Cameron, and Brian McEwan of St Deluxe play and what did they add to your vision for Hidden Fields?

SL: Brian plays the bass, Jamie guitars, and Ross drums. Ross also engineered everything. Jamie and Ross both work at Riverside Music Complex in Busby. Brian has his own set-up. He’s played in a few bands. The three of them are always at it. They’ve developed a good sense of what works and what doesn’t and are able to respond quickly to the challenges the music throws up. They bring a great spirit to everything we do together. 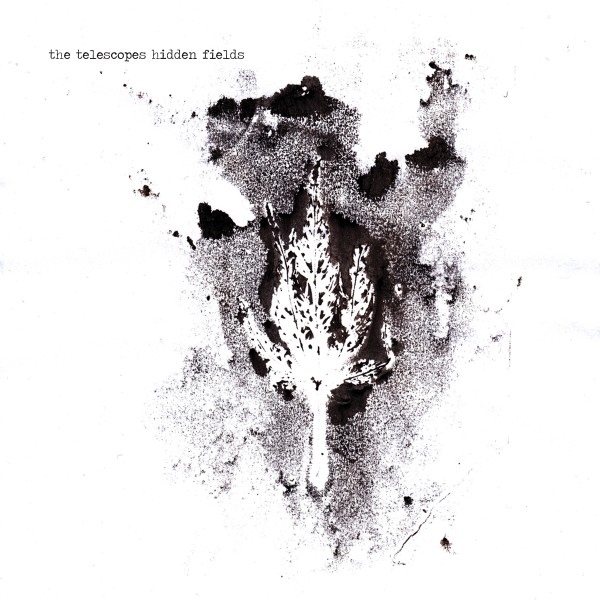 SEM: Did you employ any musicians besides St Deluxe on the album? If so, on which tracks?

SL: I didn’t employ any musicians. I’ve worked with professional session musicians in the past, and they mostly suck. It can be an interesting challenge, but what a drag. No intuition. If it’s not written down, they don’t know what to do. We all just enjoy working together. And we get each other.

But, yes, there were other people involved. Martin Kirwan came by and recorded some guitar for us on “Don’t Bring Me Round.” Martin used to play in St Deluxe, and he often helps out with The Telescopes as well. John Lynch, who drums with me regularly, was involved with “The Living Things” as well. Although he isn’t on the record, he brought a lot of spirit to the recording.

SEM: What was it like recording in Glasgow, and what drew you to the city?

SL: Glasgow is a great city. It’s always had lots of good things going on up there. But it was working with St Deluxe that really drew me. It’s always a great experience, as much about getting together and catching up as it is about making music. Which is the same with most people I work with.

SEM: In our interview about your “I Wanna Be Your Dog” cover, you discussed how you used previously released Telescopes’ material to create the two epic noise tracks on 2013’s HARM LP. This original and experimental approach was largely improvisational and led to majestic results. Were any of the tracks on Hidden Fields recorded in ways that were similarly new and/or improvisational?

SL: All of the songs on Hidden Fields were written on an acoustic guitar and recorded in a very traditional manner. Based around live takes. I find that no matter how things are done, improvisation occurs at every stage. It’s part of any creative process I’ve ever been involved with.

SEM: When I read about how the songs on HARM were improvised, written, and recorded, I immediately thought of Brian Eno’s work and, in particular, his Oblique Strategies. Is Eno an influence on your work, specifically on its improvisational aspects?

SL: No. It’s not a clever trick or a parlor game for me. It’s more a matter of life and death.

SEM: Do you see Hidden Fields as a continuation of a phase that began with HARM or something completely new? Why or why not?

SL: I think both HARM and Hidden Fields are like the fallout from Infinite Suns.

SL: The words in both verses are written, although things like “a way” or “away” switch meaning every time they’re sung. The rest is improvised, but as is often the case with performing songs regularly, it has started to develop into something more familiar. I’m sure we’ll stop playing the song for a while if it begins to sound preconceived.

SEM: Why did you release “You Know the Way” as a video before the album’s release?

SL: Tapete just wanted a video to promote the album, and it seemed like the natural choice.

SEM: The video for “You Know the Way” is utterly unique. How was it made and in what way does it reflect your musical style?

SL: Byron from One Unique Signal put it all together. Byron is also the Mutual Extermination Club. Check out his stuff. He’s played the song live with me a few times in various line-ups. He has a good sense of The Telescopes. Some of the footage he filmed in London, and other bits he grabbed when we toured Ireland together. Jamie and I filmed the rest in the studio during the sessions. Filming everything through water bottles and paper cups, anything we could get our hands on. Instigated mainly by Jamie. St Deluxe use a lot of the same techniques to film their videos. We gave everything to Byron and were thrilled with what he came back with.

SEM: I’d like to ask about “Absence.” As a vocalist, how do sing in such a way that matches the drone? Are you interested in Indian and/or modal music?

SL: Some. But I’m not trying to sing in that way. The drones all have relevance to the subject matter. That’s why it sounds the way it does.

SEM: In our “I Wanna Be Your Dog” interview, you said that your music should be listened to “freely.” What do you mean by this and do most listeners achieve this easily?

SL: I mean people should listen to it however they want to. Whenever music is released commercially, it becomes something else. Beyond what it’s creator may have envisaged. To try and control that or restrict it in any way is to misunderstand the nature of what has been created and perhaps even creativity itself.

SEM: Please discuss the structure of “In Every Sense.”

SL: The song intentionally comes back on itself. The intention was to provide a hint of context to everything leading up to that section.

SEM: “Don’t Bring Me Round” (and many songs on the record) sounds like you’ve made psychedelic trance music into an unsettling experience through the use of noise guitars. Care to comment?

SL: It has unsettling origins.

SEM: Artists from Michael Stipe to Kevin Shields have talked about the advantages of having the lead vocals low in the mix. What’s your take on the subject? Perhaps you could use “The Living Things” to address this question…

SL: Things just find their own place. On some of The Telescopes songs, the vocals are louder than on others. I’m more interested in achieving the merge between everything. The overlap. I feel it’s more representative of the feeling of our playing in a room together. When it gets to the point where no one’s sure who’s making each sound anymore. Or who is saying what. Where everything becomes as a whole. But ultimately, whatever feels right. 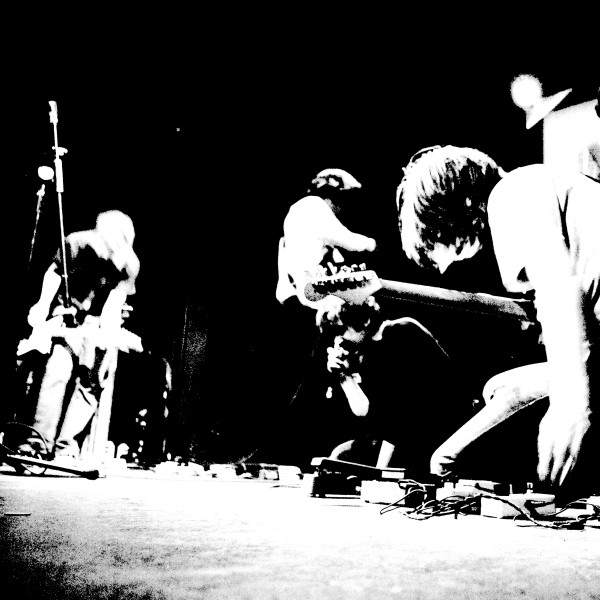 SL: We haven’t played that one live as a band yet. I played it for the first time at an acoustic show I did in Sheffield. The recorded version is a 3am studio jam of the song. Some of the lyrics were inspired by a story told to me by my good friend Enrique Maymi from The Brian Jonestown Massacre when we were recording HARM and touring together, about his seven-year-old son Otis, who said he wanted to be outside among the living things. The phrase resonated with me a great deal, on every level.

I don’t know about anyone else’s auditory experiences, but when I listen to music be it alone or at a venue full of people, it’s all very visual to me. Internally. So I tend to gravitate towards relevant lines or musical shapes that further that experience.

The music came to me when we were in Austin, Texas for the Psych Fest a few years back. A couple of us were invited to a friend of a friend’s place, which was built on an old burial ground. I was sitting on a branch of a really old tree there, and a piece of bark came off in my hand. I started examining it and became aware I was humming this kind of rhythm I couldn’t shake off. I spent months thinking about this rhythm. When I recorded the drums for “I Wanna Be Your Dog,” I was playing it between takes. Then I realized there was a bassline there as well.

When I hear the song back, those are the kind of things I think of: everything that inspired the song into being, the possibilities each idea triggers, and the personal relevance they have to whatever has been going on in my life. Which I guess is a long way of saying maybe I’m not the best person to answer this question. I guess it would be nice to go back to that tree and experience it. And I hope people listening to the song will find their own tree.

SEM: “The Living Things” avoids the clichéd “crescendo” ending that plagues many contemporary post-rock and noise rock songs. Instead, you ride out the drone and groove. What’s the advantage in doing this?

SL: Like I said earlier, things tend to find their own place, if you let them. I’ve done the big crescendos before, when it felt right to do so. Maybe that’s the way the song will land in a live situation. Also, I think it’s one of those basslines that could just go on forever. Why get in its way?

SEM: What are the plans for touring? Do you have any dates in the States planned?

SL: We’re planning to tour all over Europe and Scandinavia from October to December. That’s all I know for now.