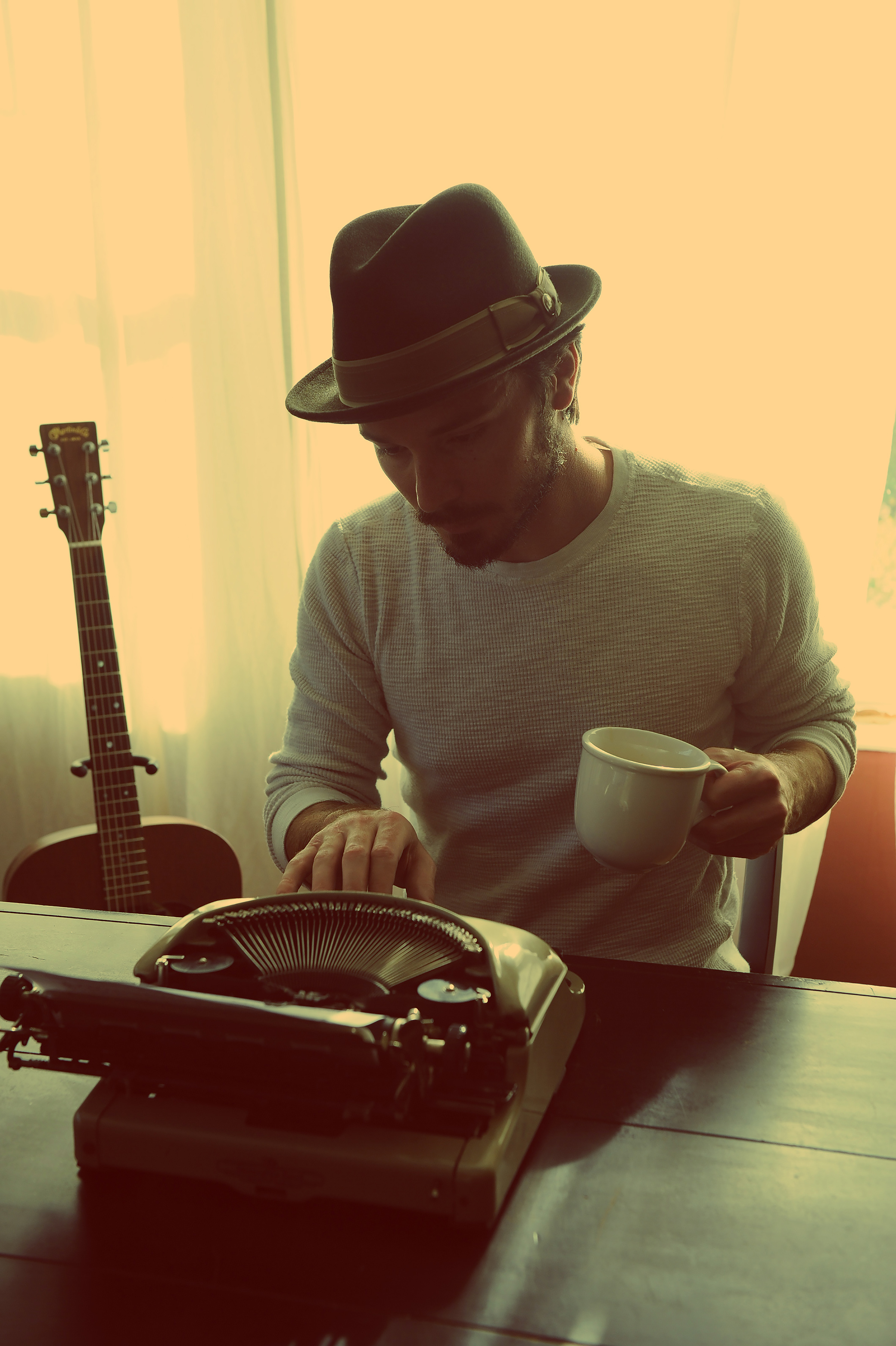 Kail Baxley is a quiet guy.

In fact, during our interview, he barely broke his low, even tone and his answers to my questions were carefully considered and thoughtful.

We spoke for over an hour and at the end of it all, when I asked him about new songs he was working on, he suddenly got animated.

The words were barely out of my mouth when all of a sudden a groovy bass line prowled through the air that had touches of reggae and deep island blues. The song was funky—it had swagger, it had movement and it had Baxley fired up.

“I’ve been working on that one,” he said, a child-like pride in his voice.

There’s nothing, however, very child-like about Kail Baxley. In fact, from his sage-like responses to my questions to his dark and textured new album, Baxley seems like he’s been walking around this planet for thousands of years.

Barely in his thirties, Baxley has a world-weariness, the logic of a prophet and enough soul to fill a thousand Southern Baptist churches.  The South Carolina native’s debut album, a grafting of two E.P.s Heatstroke and The Wind And The War, is one of the finest records released in years.  From the stirring “Boy Got It Bad” to the back porch confessional “Don’t Matter To Me,” Baxley brings to mind everyone from Robbie Robertson to William Topley.  Elsewhere, “Say Goodbye To The Night” is smooth and wrenching and “Old Voices” wouldn’t sound out of place played next to the best work of everyone from John Prine to Josh Ritter.  Literate, sensitive and feverishly good, Baxley writes moody shuffles, haunting gospel-workouts and bluesy testimonials that are lush, knowing and wise. 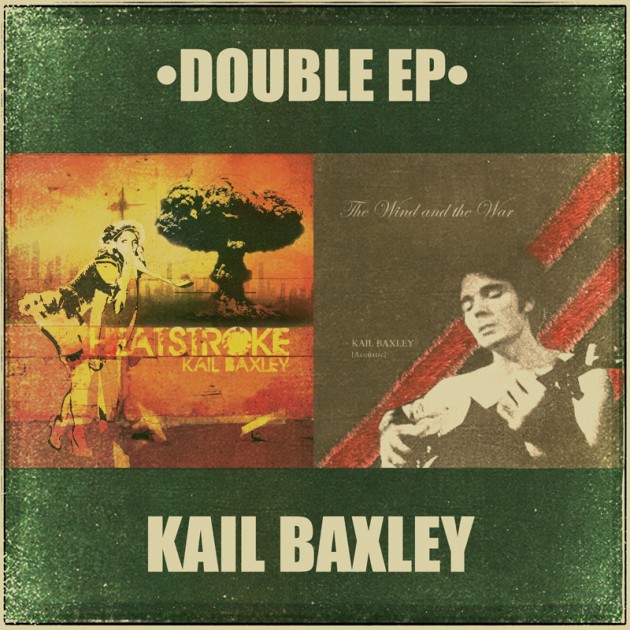 Stereo Embers: A lot of instruments around the house when you were growing up?

Kail Baxley: I was raised in a river town by my grandfather…no instruments when I was a kid, but an old record player and a lot of Hank Williams.

KB: Yeah.  But I wasn’t into the psychedelic Beatles until I discovered psychedelics.

SE: Where in a river town in South Carolina does a kid discover psychedelics?

KB: We had a lot of cow fields and no lack of mushrooms…we didn’t have anything else.

SE: Was being a performer your dream?

KB: I never had any aspirations to be a performer.  I found my voice sitting in the kitchen moaning things out.

SE: What was your litmus test for knowing if something you wrote was good?

KB: If I wouldn’t crank it in the neighborhood, that was the bar for me.

SE: So if being a musician wasn’t a goal initially, how did you get your start?

KB: My grandfather got me a guitar when I graduated and then I left South Carolina at 18 when I got a fashion gig…I moved to Holland, Germany, Italy, South Africa, London and then I moved back home to Charleston.

KB: Yeah, but I was never serious about it, but I got to go places. I just wanted to see the world and that’s when I started playing the guitar in public. I was broke in London and I would take it to the subway station; I used to be shy and never saw myself singing in front of other people.  The things you do for money…I just wanted to eat and have some beers. I would sing the same three songs over and over. I was just bad enough that they didn’t feel threatened by me.

KB: I did and it was very educational for me. The one thing I know and the reason why I pushed myself to travel is you learn about yourself when you push yourself out of your comfort zone. I’m a simple country boy–not sheltered, but naive about the rest of the world and I got to see things. Where I came from you’re either a construction worker, a teacher or a drug dealer…I didn’t know any other way.

SE: Why’d you come back to South Carolina?

KB: I was in London and I had to have minor surgery and I couldn’t get it there. I came back with the idea I would head back to London. I had the surgery and stayed with a girlfriend who nursed me back to health.  But after, I had nowhere to go. I ended up in Charleston–lived in the attic of an ex-girlfriend.  I love Charleston-best city in the world and it was a way to get back to a normal life.

SE: How do you feel about the south now?

KB: I love the south.

SE: So you were back…what did you do?

KB: I was working in a rickshaw factory with a bunch of renegades and mischievous guys.  One of the guys was in a band and he heard some of my songs and asked if I wanted to write lyrics for them, do some arrangements.  Then he asked if I would sing.

SE: And you said?

KB: I finally gave in and that was my first time on stage–we sounded like A Perfect Circle, but it hurt my voice. I didn’t know how to sing.  I wanted to be like Thom Yorke…it was upsetting, my lack of ability. I didn’t understand the voice or how singing went and I would be really frustrated. I’d come home and sit down with a guitar in this massive kitchen and I would just moan; but it was in my natural voice and I thought maybe I’d been doing it wrong up to that point.

SE: It’s hard to believe—your voice is so powerful.

KB: I got sick once and the doctor told me I had an abnormally large larynx—and I figured that’s why I couldn’t hit the Thom Yorke highs.

SE: So what was the plan?

KB: Move to L.A. and score a film…maybe write songs for other people.

SE: You’ve been in L.A. for a bit now–what’s your impression of it?

KB: L.A. is the loneliest city I’ve ever lived in.

SE: When you first moved out, what did you do?

KB: Jackhammered swimming pools to make money, bartended, construction–construction has always been a fallback–roofing.  I lived in an RV making this record and there was no time to rehearse because I was jackhammering concrete.

SE: But half the record was written in Ireland, right?

KB: Right. I wanted to go away and write for a little bit. I thought I was going to be there for three weeks—I booked a show at a festival, met a girl and booked some other gigs, then found a place two hours south of Dublin.

SE: A lot different than L.A….

KB: A lot. I rented a little cottage and I was around good people who were good to each other and they were good to me and it was a level of decency I’d never seen.  It was so down to earth…the gas station was the local pub and there wasn’t anything for miles.  The cottage I rented was built in the 1700’s and I got to take on a whole different life. When I travel I don’t go for a week or two, I go for a couple of months.  Otherwise, you can’t really absorb it. You’re not going to find what you’re looking for if you don’t give it enough time.

SE: What did you miss the least about L.A.?

KB: One thing that gets me is constant advertisements…they give me anxiety. I’m from the country and in L.A. I always feel invaded upon. You always have your guard up, like you’re in a fight.

SE: How do you describe the creative process?

KB: I think anything you create comes through your soul and your being–whether you make it universal or not, a lot of times you write songs that you can’t say to somebody because they aren’t there anymore.  It’s a way of exercising your demons.

SE: Who is the most influential musician for you?

KB: Bob Marley…the music, and as a person the struggles he went through and the things that he did.  You don’t really get it until you go and see what he means to the people.

SE: What is our purpose in life?

KB: The only purpose that you have in life is to master yourself on every level spiritual mental physical and that’s a very hard thing and it doesn’t always happen.    At the same time you’re constantly trying to keep balance and keep progressing, keep fighting for your colors. You’re only a butterfly when your spirit leaves your body.

KB: Yeah and I’ve indulged and been reckless with life at times but clarity is an amazing thing.  A wise man said you’d be amazed how far you’ll get in life with a little determination and a positive attitude.  Try on different hats and not be afraid to do it.  It’s a long and wary path to arrive to the truth only to realize you were there in the first place.