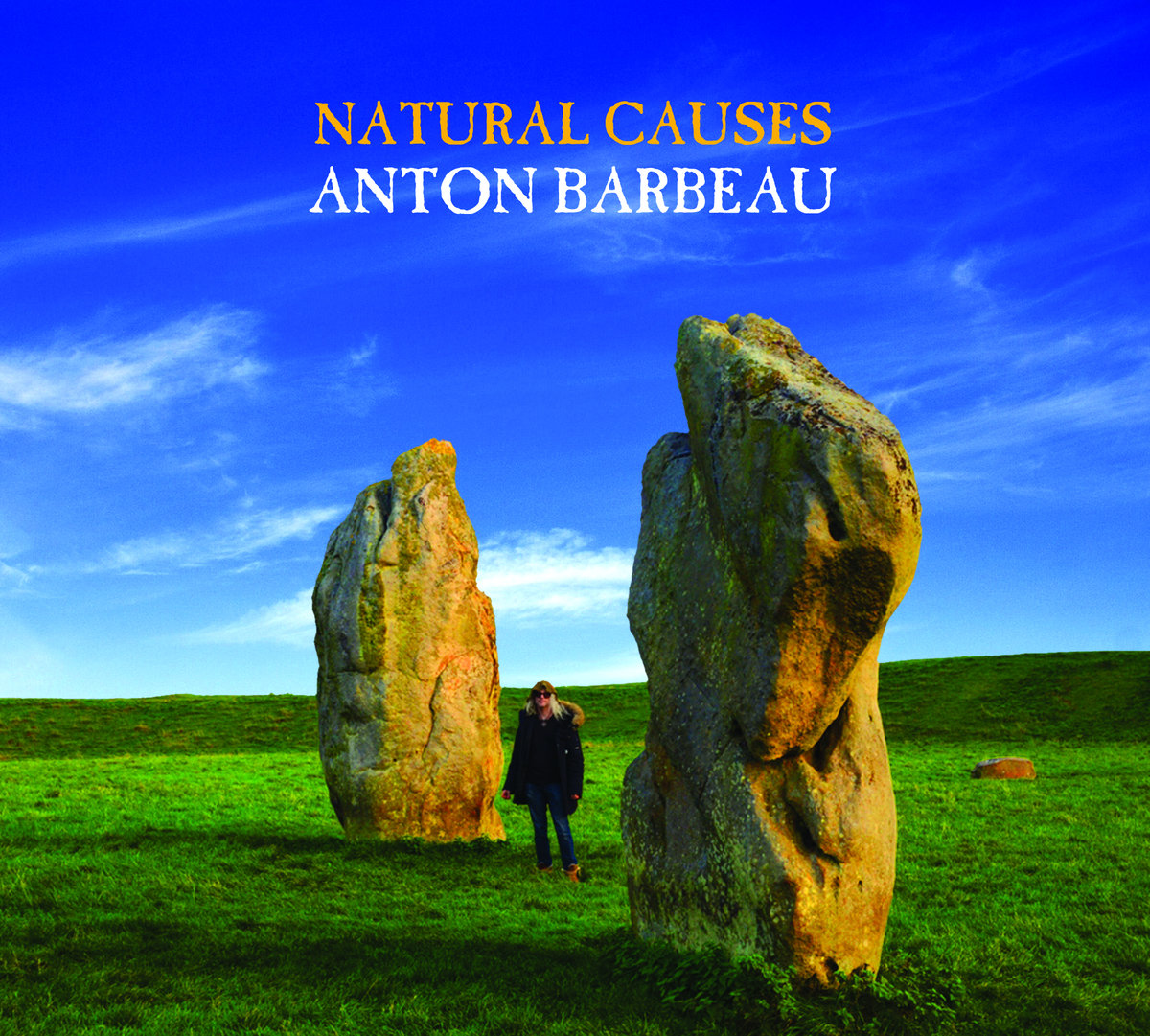 Anton Barbeau is one of those musicians that it’s both ridiculous and reasonable if you’ve never heard – or heard of – him. The former because, well, just listen to this record (or any of the other 22 – !! – the just-turned fifty Barbeau has released which doesn’t include innumerable collabs etc), and while you’re doing so take a quick scan of Natural Cause‘s contributors – Andy Metcalfe, Michael Urbano, the Bevis bloody Frond, to name just a few – which should only reinforce the idea that here’s a guy that any self-respecting music nerd should know about (the phrase ‘cult hero’s cult hero’ gets trotted out in the pressie and who among us doesn’t wanna be hip to that?). As to the latter, even Anton himself, one suspects, would understand why you may not have encountered any of his multifarious projects no matter how wide your net may seem.

Never one to ardently pursue the elusive chimera of fame and riches even as he emerged during the industry’s last spasm of wanton hyperbole (debut album The Horse’s Tongue, attributed to Anton Barbeau and the Joy Boys, emerged in 1992). this most solidly idiosyncratic of pop artists, like pretty much any that would fit that description, decided straight off that the song was the thing, that the flesh of the arrangement, the shape of the sound, the nature of the chime and the art of the harmony all had primacy of place in the mad scheme of things, and that the vessel responsible, in the form of whatever musician, while important, was nonetheless secondary. Thus, with Mr Barbeau, you’re guaranteed, in the flow of purpose that arises from this (for want of a better phrase) purity of motivation, a level of uncontrived pop shimmeriness such as the natural world itself might make in a fit of winking mischief on that first bright, promise-filled day of spring.

What began, rather unexpectedly, as a darker, more pointedly topical project called Applewax was soon shelved when, implored from afar to write a “jangly 12-string pop song,” Barbeau realized epiphany-like that the world needed more of that and less focus on all the misbegotten absurdity currently curdling our brew of daily events. Thus did the man summon his ready store of creative agility and all the pieces fell together as if by designed serendipity. By definition, then, a thrown-together, grab baggy amalgam of an album, that fact and the backstory behind it ends up hardly mattering as Natural Causes, full as it is of ebullient beauty in its choice trio of remakes and eight shiny new additions to the guy’s enviable catalog, proves without intending to that there’s nothing more subversive to the arrogant dominant paradigm than gleefully ignoring its regime and those administering it. Expressed in terms of that ‘J’ word, this clutch of pop songs, by its very existence, amounts to a jangly rattling of the cage.

Choosing to open the tracklisting proper – there’s an intro and an outro and two other short diversions tucked in as needed – with a reworked, zipped-up take on signature cut “Magazine Street,” its reigning romantic bluster and optimism not just intact but enhanced by the surety of a seasoned hand is, one reckons, a wise move, signaling as it does the notion of record-as-ad hoc-compendium of one’s work thus far. It’s a concept reinforced not only by the inclusion of the other two self-covers – Drug Free‘s pop affirmation “Just Passing By” gets a shredding makeover while 1999’s “Creepy Tray” receives a close-in relook which only makes it all the more intimately, umm, creepy – but to an even stronger extent by the newly composed remainder, Barbeau’s spirited, hubristic playfulness never more pronounced.

I mean, it doesn’t matter if we’re talking the trippy, Gong-like (though Family-inspired) “It’s the Coffee Makes the Man Go Mad,” the enigmatic pastorale nature of “Secretion of the Wafer,” “Mumble Something”‘s resonating, sunny cynicism that makes a certain sense in view of its title being cribbed from the first verse of “Magic Sandwiches” heard five tracks prior, or the spinning lysergic charm of “Down Around the Radio,” this is work that just plain works.

Meticulous, which is to say a kind of carefully messy, these are songs that seem slaved over but spontaneous. It’s the type material that can lead one to fanciful comparisons such as ‘an American Andy Partridge trying to re-imagine Game Theory a la Robyn Hitchcock.’ You’ll have your own, I’m sure, but that’s mine (for now) but whatever the case, it’s indispensable to those with a certain pop appetite. You know who you are.