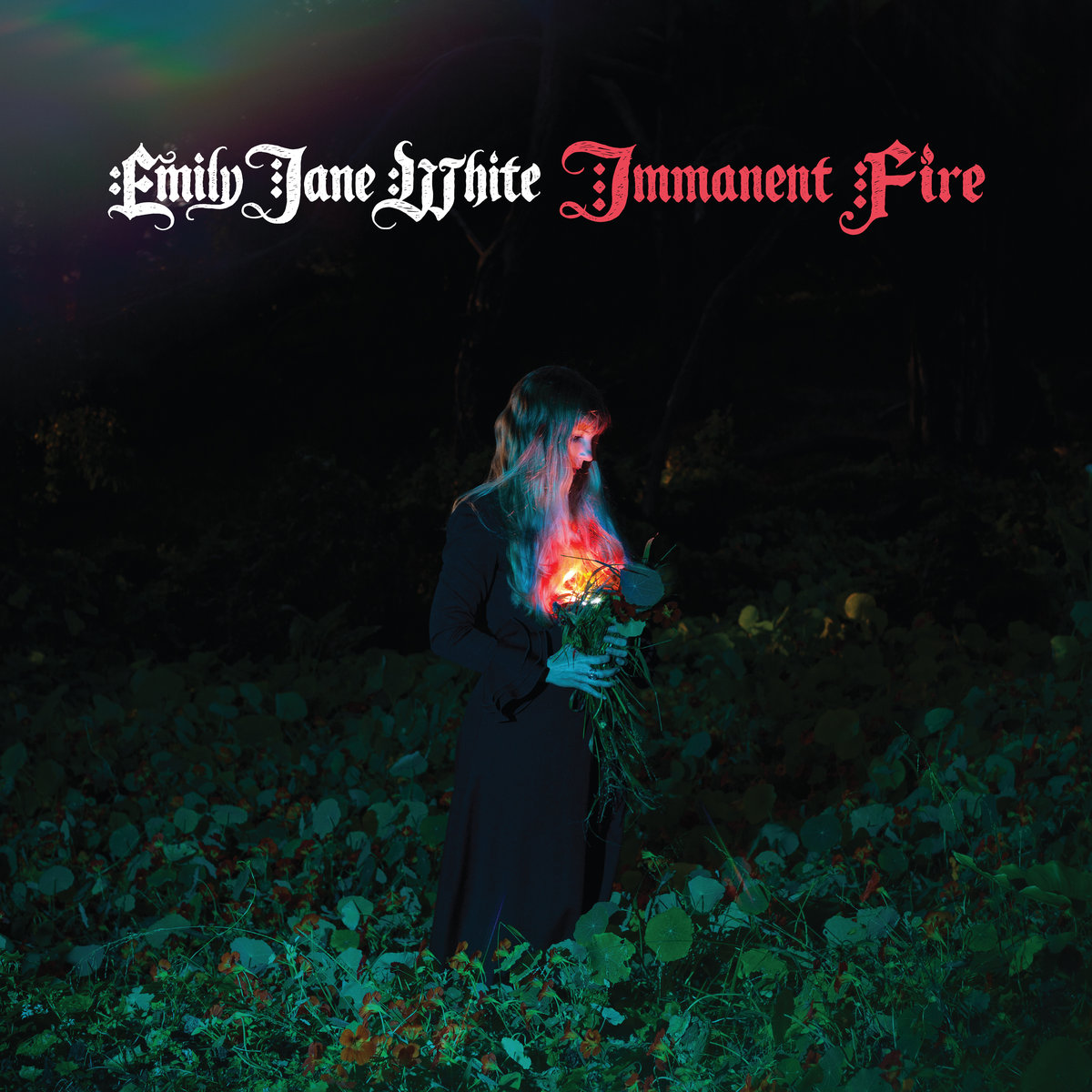 As the opening lines below make clear, what follows was originally meant to be the seventh and last installment of the series “A Few We Missed” that ran through January. However, as I got a couple tracks into the album, it became searingly clear that Immanent Fire not only merited its own treatment due its musical strengths, but additionally – and more importantly, I’d argue – because it presents, by some measure, as the most astute, uncompromising, and beautiful piece of music addressing the ever-looming existential crisis that is, as I type, currently consuming Australia and will soon be coming for all of us in one form or another. Not the first nor certainly the last album that will confront that particular unthinkable but as of this writing it is, in this writer’s experience, the most compelling. It is, in fact, incomparable, and thus demanded the full weight of our consideration. That the album, as per a quick search, doesn’t seem to have made many, if any, best-of lists for 2019 I can only attribute to it having been released two weeks before Thanksgiving. That being the case, I nominate Immanent Fire as the first great, and indeed necessary, record of the new decade. Consider this the groundwork laid, the gauntlet truly – if so very artfully – thrown down. There is no turning back.

Hope and fear. Both are inherent in this process of catching up on as much as we can here in 2019’s ‘thirteenth month.’ Hope in that we haven’t missed anything too quietly (or otherwise) mind-blowing, fear in that we discover that we have. And, well, yes, loyal reader, it is that second iteration that we, umm, fear we’ve found ourselves. Let us simply declare: Emily Jane White’s Immanent Fire, released last November 15th on Talitres, is not only in retrospect this writer’s pick for album-of-the-year but should, in a just (ha!) world, be considered as one of the first major modern music documents of the end times. While written as a warning rather than a fait accompli – because, really, even the artist’s human heart, no matter how stout, can’t outright accept the latter no matter how starkly clear – there’s not a lot of doubt to be found as to which way this work’s wind primarily blows. Moving, exquisitely rendered, and gently terrifying, it’s both unsurprising and all the more powerful that what would thus far seem to be the most immersively penetrating – which is to say deeply present – commentary regarding this unimaginable brink on which we find ourselves comes from a woman’s perspective, seeing as every mythic feminine trope there’s ever been echoes inside the heart of the crisis, sitting here as we are on Mother Earth witnessing – blithely, it could be argued – the birth of the end.

If, then, by its very premise a dark and dire affair, Immanent Fire, in its execution, finds such fortitude in grace that the constant that emerges is an overall tone that at least approaches, and often embodies, in both voice and sound, something of a powerfully hushed resilience. White’s voice, a tensile type of delicate, can when called for border on the crystalline quality of birdsong as it does during sections of the bravely moving “Washed Away” – consider the lyric ‘it seems no one has their own eyes /and we all speak from the cage//are we living in fright/consenting to be washed away‘ and realize that even on the cusp of the abyss a nightingale will still lilt – in the main the singer sticks to a boldly quavering mid-range that, though certainly encompassing both, exudes more control than vulnerability. If, as an instrument, the intention was for it to simultaneously warn and reassure within a single note, it succeeds impeccably.

Deepening the impact, the musical side of this project, in the shared production hands of White and Anton Patzner, provides the requisite contours and depth to create something like an apocalyptic bliss, the unfussy yet emotionally lush arrangements marked by a warm – if fully unflinching – candor, a steeliness of vision clothed in a sacred and often fragile beauty. And it’s there the hope lies, the sound of this record the buoy negotiating the swells of a rough dark sea.

As for the lyrics, their poetry and its steady cadence more than meet the task the album asks of them, giving evidence with a hard-won grit and elegance, the quoted line above not only not atypical but rather the operative standard. One senses throughout, in the words and the spaces between them, the enormous care taken in their crafting, the writer well aware of the balance required. There is no scold but instead the laying out of the supple wounds of hurt we’re all beginning to share. Disturbing and lovely, they resonate like dreams remembered, haunting in that way, a holy writ to an unholy prospect.

Where this is about the point, in a customary review, we’d highlight this song or that, the fact is that in this case – and this cannot be stressed enough – the dictum ‘you need to listen to the album as a singular piece of work’ could hardly ever have been more applicable. Whether built around the quiet primacy of an acoustic guitar, a piano figure sounding a lone central melody, a cinematic atmosphere of synths and treated drums or some combination thereof, every song on Immanent Fire stands as forcefully on its own as it does contributing to the straw-in-the-wind tenacity of the whole. Therefore, as this effort merits, we’re going to take the unusual course of foregoing any track-by-track analysis and, down below, simply provide this record’s extraordinarily crucial offerings, from the awakened stirrings of opener “Surrender” that begins in wind and ends in fire, to the aptly-titled “The Gates of the End” that aches with spiritual acceptance, closing the record with the words “and I cannot brace for the end, the end.”

So, yes, a powerful work, and certainly a none-more-important one, but what might be most notable about it is the selflessness at play, as, really, in her way, Emily Jane White is indeed, sans coyness or cant, giving voice to – or, perhaps more accurately, channeling – the Earth herself as She offers up prayers to her own salvation, hoping against hope that its dominant inhabitants eventually hear her over the roar of their own overwhelmed apathy.