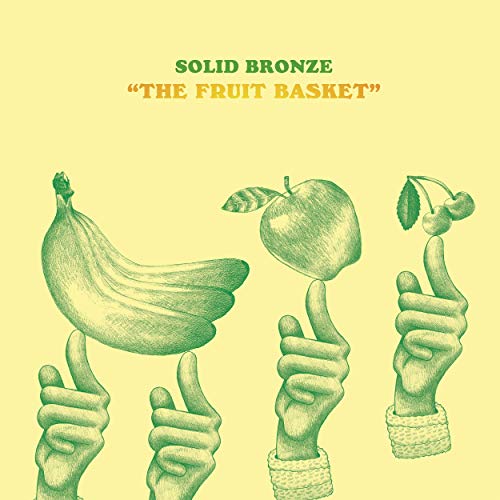 If you’re of a certain vintage (and, to be straight up honest, of a certain historically dominant pale skin tone), there’s a good chance that, having been weened on, steeped in, and eventually hard-wired with late 60’s/early 70’s rock tropes, the emergence of disco and its somewhat more suave cousin urban R&B around the time of the Ford administration was a distressing developement. What seemed overnight, everything in the broader US culture went from a form of popular music based on a polyglot synthesis – and (the admittedly drug-fueled) expansion – of long-established song forms – blues, folk, pop, jazz, gospel, even classical – to an emphasis, almost exclusively, on having a good time, leaving even the vaunted voices of traditional soul gasping for air in the disco dust. Like some convulsive reflex of shameless escapism, everywhere your ears turned sounded like party music. Many of us, the Who still ringing in our ears, Dylan crouched in every dark corner of our consciousness, looked at each other with pained expressions of WTF? Then Eddie Hazel woke us up.

Or he at least helped shake this writer just enough out of his reactionary torpor as to enable an eventual – and genuinely enthused – embrace of first funk then, in time, disco (anyone that cares to still disparage consider this: there was virtually no programming then; what you hear is being played by live musicians). That it took an injection of innovative Hendrixian pyrotechnics into the funkasphere is admittedly a bit pathetic but I suspect we all need, at some point in our lives, a gateway out of our personal little cages of (ultimately baseless) resistance and Hazel’s lengthy, transcendent coda on the Funkadelic single “Maggot Brain” was the key that set this barely funky white boy free.

While not in itself a unique conversion story – nearly every on of my music colleagues from that era had similar hallelujah moments somewhere along the road to Bootsy-ruled Jericho – it’s nonetheless an essential one, and if any one of you out there reading this have yet to experience your own, allow me to introduce you to the wonders of Solid Bronze, founded a few years back by Trentonites Ian Everett and George Miller.

Though not by any means bending its knee solely to the throne of the thwacked bass – as befits a duo that has attracted the attention of Lee Perry, Dean Wean (co-producing here with Chris Harford), Morphine’s saxophone menace Dana Colley and Atlanta hip-hop artist CLEW among others, Solid Bronze is a multi-genre’d concoction – there is regardless a true north towards which all ten tracks on this debut hew without deviation, a core belief we’re gonna go ahead and call ‘the gospel of the groove.’ That The Fruit Basket does so while going beyond the thematic bounds most often associated with its tangle of roots – soul’s (and hip hop’s) capacity for finessed outrage the notable exception – is doubly to the album’s credit. What we have here, in this slyly-named debut, is indeed a funk-drenched, soulbeat album for the ages.

Acting like a bracing tonic, seductive and sharp, fun and formidable in its funky-assed way, The Fruit Basket brings its own understanding to the idea of American cornucopia. Whether on the likes of opener “Papa’s Bug,” the four strongly-implied missing words (even considering the ‘u’ replacing the ‘a’) giving the track’s otherwise paranoia-flecked chorus refrain of “we’re the punchline that never gets told” the weight of their invisiblity (there ain’t, in fact, anything ‘brand new’ about it), the dubbily narcotic soul of the CLEW-voiced “Hard To Keep the Faith” with its jazz-bumped, Curtis-goes-gospel feel, the strained subject of its title (“when you lose trust in what you can’t see” its first line) given fundamental uplift by a phalanx of punched-up horn charts, or the absolute phatness-defining “Midnite Goose” that celebrates the losing of all booty-loosening inhibitions in a way so playful – check the bit of ‘tape’ manipulation amid its old skool get down sound – its subtly nightmarish undertones might elude you, this record is potently effective no matter what shape it shifts itself into.

Deeply syncopated party fonk with a rippin’ rocknroll guitar finale a la Prince on a bluesy tip? Yessir (“Swangin'”). Moody Sun Ra excursion that suggests a lost jam between the Odean Pope Saxophone Choir and Brian Auger with Herbie on hand for inspiration? Yep, got that too (“Bronze Magic”). Slinky urban jungle shuffle with a sharp meander of a rhythm hook that pretty much inhabits the word ‘fly’? Sure thing (“Mumbo Jumbo”). All this and more is yours for the taking on this rather astonishing, assured, somewhat out-of-nowhere album called The Fruit Basket released last September 13th on British label Schnitzel Records. A modestly extraordinary blast of vintage timelessness, there just ain’t no quit to it. One of 2019’s most engaging listens, surely. Git it.