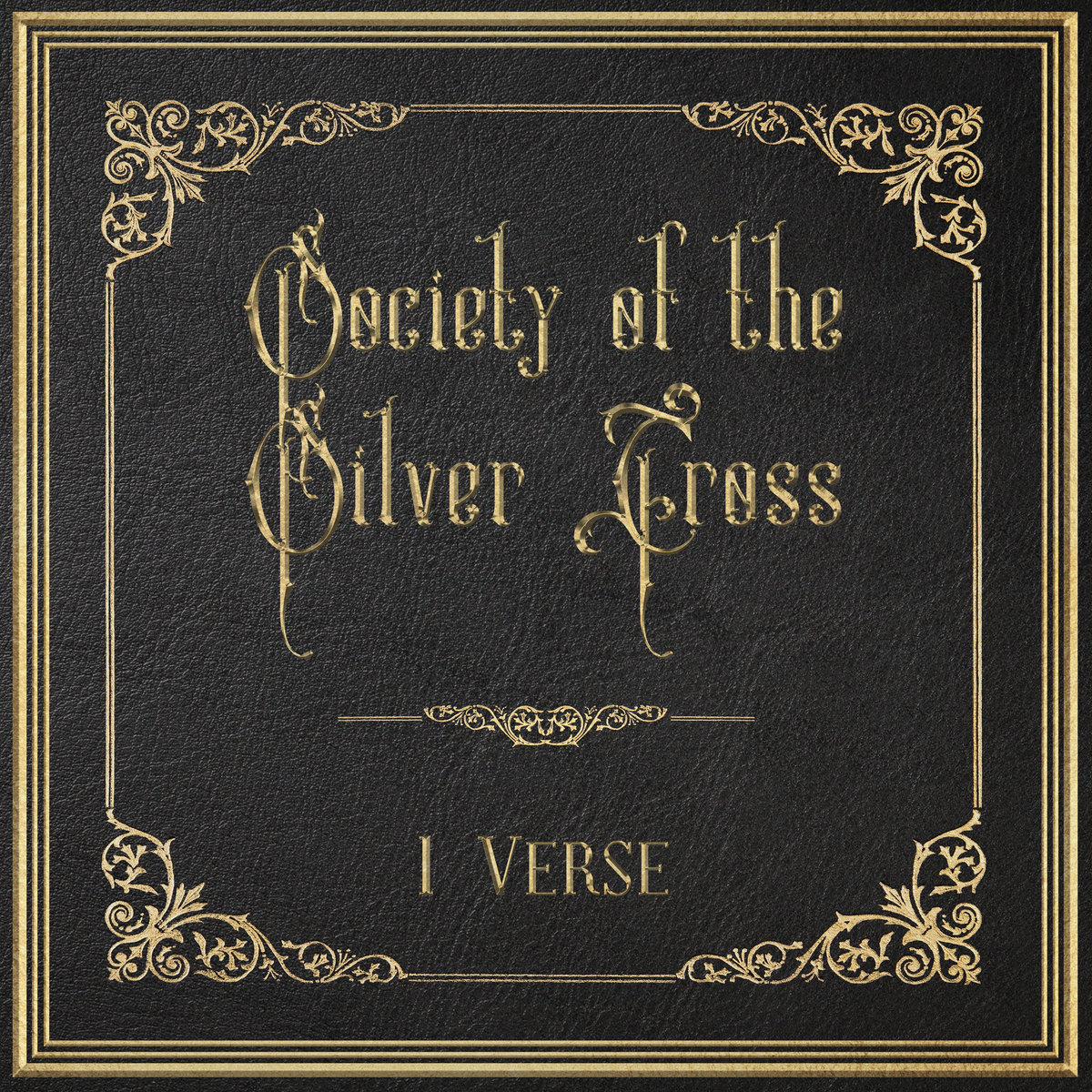 The received wisdom as to why we traipse around the evolving landscape of so-called popular/rock music like obsessed academics at a rock’n’roll Easter egg hunt is that we’re all assuming we’ll be able to pick up clues to a musician’s current project by cracking open their past. Solid logic in that, of course (we are, after all, most often our own greatest influences), which is why unpacking the DNA of an artist’s previous work for traits of what came later has been the path to understanding for critics and cognescenti alike over the past, oh, millennium or so. But y’know, sometimes evolution gets kicked up the ladder by an unforeseen spark, some sublime disruptor, an agent provocateur of the spirit. Insofar as how all this pertains to 1 Verse, the latest from former Miece and
Alien Crime Syndicate boss Joe Reineke – with life partner Karyn Gold-Reineke – operating as Society of  the Silver Cross? Well, yeah, welcome to the toppling of expectations. Trawling through the recorded remnants of either the former band’s grungy brawl or ASC’s blasts into hard indie orbit turns up nil-to-little precursor to the lush, bespoke yet timelessly immersive textures in which this record invites – nay, demands – the listener swim.

The source of this rather cosmic shift, and the motivational impetus that resulted – the pair’s discovery of deep yogic practices on a trip to India leading them to meld that grounded mystic consciousness of the ancient East with the dark folk disciplines and motifs of the West with which they’re innately familiar – is made immediately apparent by the lowing harmonium that announces first track “Diamond Eyes.” Soon joined by a 12-string and the sudden thunderous crash of a plunging bass, the vibe, looming as it is loving, is unmistakable. Gloomy and hopeful in the same yearning breath, it’s not a stretch to imagine either Morricone scoring a dueling spiritual showdown at an ashram in the middle of, say, the Mojave, or a mournful Meher Baba that has been raised on a diet of apparitional goth and “Blind Joe Death.”

This expansive dualism, the intoxicating mix of the baleful with the bountiful, is the blessed tension upon which this entire work reverberates, lending every track and the album as a whole a sense of infinite space that is nonetheless fraught about the edges by the ever-encroaching limits of our own mortality. Ultimately, however, in the fractured bliss of its sound palette – add to that harmonium a phalanx of exotic noisemakers (Swarmatron, Therevox, Wurlitzer along with an Omnichord, Hammond B3 etc) and there is, overall, an ornate sonic depth here that almost seems designed to bring one to one’s grateful knees – this suite of songs’ mission and message, from the ominous grace of “Kali Om,” the beguiling engrammic beauty of “When You’re Gone,” so utterly basic it’s mind-blowing, in “Take A Ride”‘s sweet pop boundlessness (90’s indie-shoegaze folk, anyone?), clear through to the whimsical defiance of closer “Can’t Bury Me Again” (“I’m not living for another life/write on a tombstone ‘there lies regrets’ bones'”), is that within this one life’s temporal limitations there exists a plenitude hidden inside a kind of karmic plain sight, one that, to put it most simply, flows in and out of us with every breath we take. What’s most astonishing, and in fact breathtaking, one might say, is the extent to which that (not inaccurate) representation might lead a reader to think that 1 Verse is some kind of well-meaning new age toss when in fact, in its heart, in its intensity, it’s punk as fuck.

[pick up Verse 1 here in digital, CD, or vinyl format]