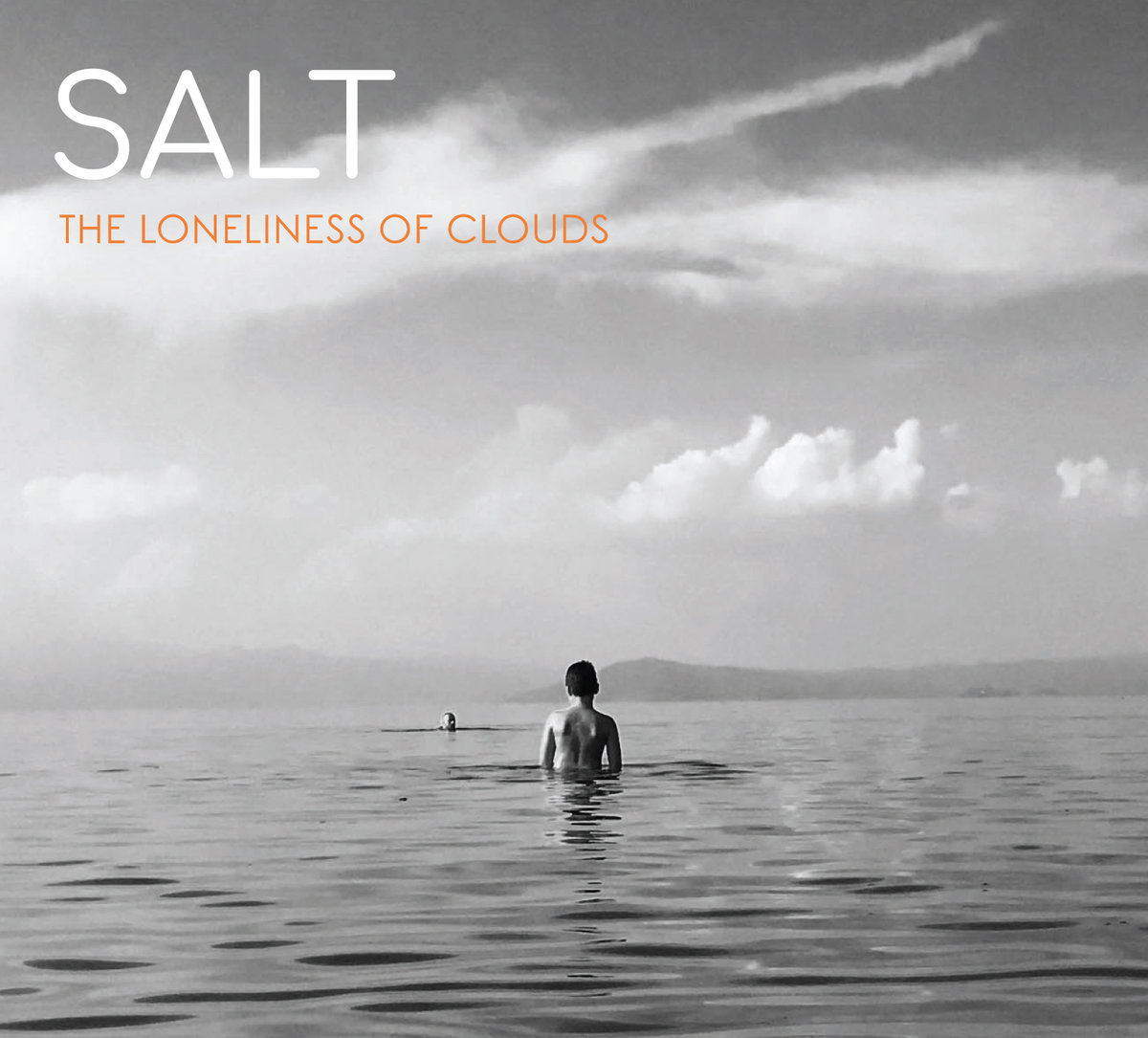 Posit the Posies’ Ken Stringfellow (as both performer and producer), quirk pop maestro Anton Barbeau, and a brilliant star-struck former DJ from France with the borderless name of Stéphane Schück collaborating under the fervid, unabashed influence of Scott Miller and the intellectualized sugar-rush of an album imagined thereof is, more or less, precisely what you’ll hear here, with far more emphasis on the ‘more’ than the ‘less’.

Having interviewed the Game Theory/Loud Family founder in his role as DJ, Schück and Miller hit a mutual chord and began writing songs together, a number of which ended up on the Miller-posthumous GT album “Supercalifragile,” a project all three had a hand in. As material of that order of infectious pop magnitude often does, that experience, its energy and pull, sparked further collaboration and SALT was born.

Cheerfully roping in former Schück bandmates Fred Quentin on bass and drummer Benoit Lautridou, The Loneliness of Clouds faultlessly, with calm aplomb, magnifies the 3-way light as refracted through the prism of its origin story. From the casual Replacements jangle and jauntiness of opener “A Song for Jerome” through the sci-fi power pop of “Plastic Future Plans,” “Miracle Soul Pow(d)er”‘s steroidal effervescence, “Dandelions'” injection of sitar Beatle-isms into its otherwise XTC-ish punch and pow, to the four-minute twenty-five epic that is “Shiny Leather Sun”, where post-punk meets, I dunno, the Zombies, this record devlivers on so many levels it’d be a challenge to list them all, though suffice to say that every one of them is one on which we yearn delivery every time we touch needle to vinyl of whatever our chosen, umm, delivery system is. Fuck it, it’s brilliant, get it. [The Loneliness of Clouds can be had in either digital or CD format on SALT’s Bandcamp page here]