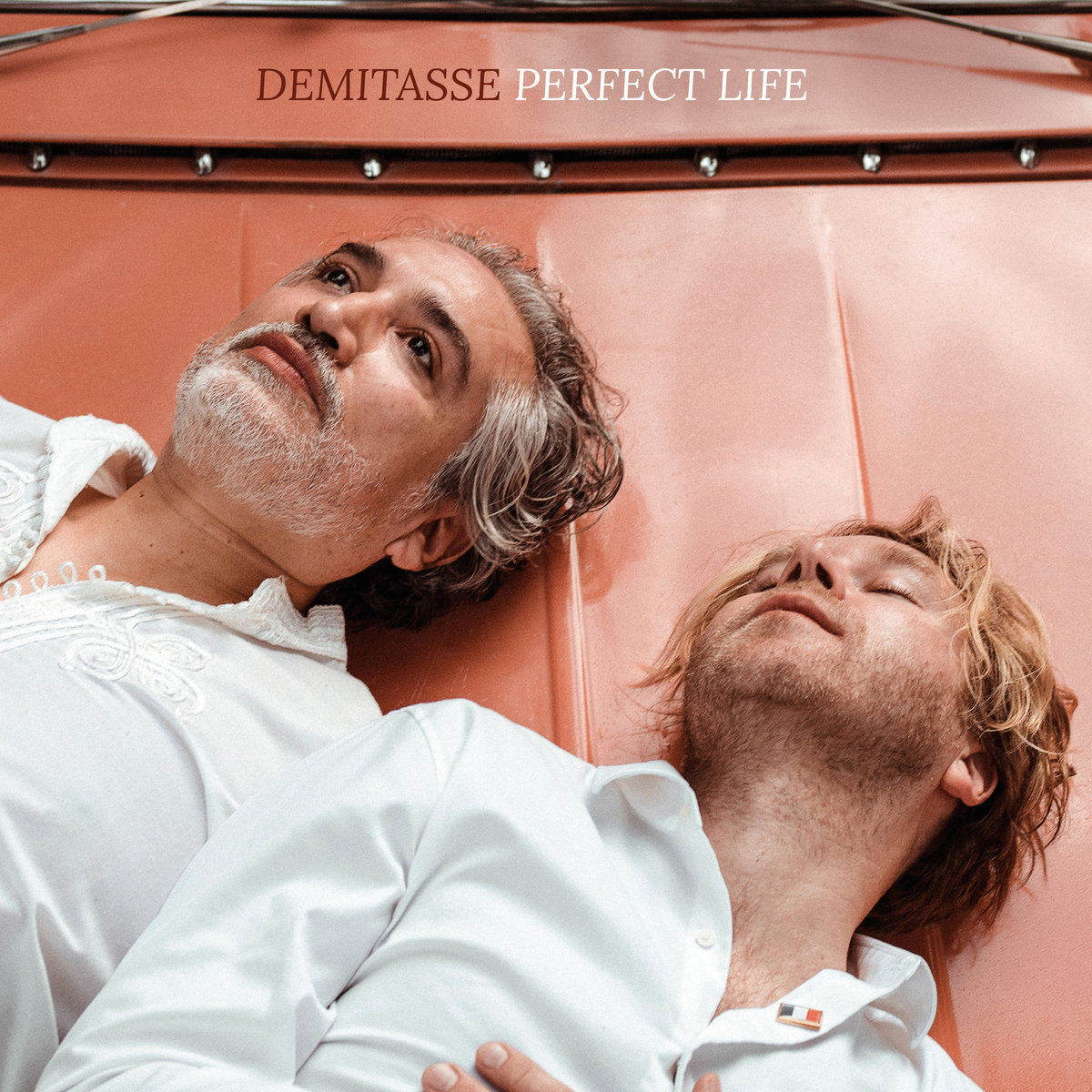 Previously unfamiliar with this project (even as this is Demitasse’s third outing), there are, coming in, elements I would and wouldn’t have expected from a band whose two members – guitarist Joe Reyes and singer Erik Sanden – count as their primary gig the San Antonio-based Buttercup. Foremost among the former is an internal true-north, Buttercup-ian pop suss that’s both as steady and variable as a compass needle subjected to fits of innate magnetism. Among the latter is an intimate intensity that – odd as this may sound – allows for a somberness to flourish, unveiling it for what it is, the shadow that’s inevitably cast by what we’re going to call ‘stubborn hope.’ It’s that yin-yang tension between the demands of melodic structure and the quiet force of this duo’s unique narratives that makes the material thrive and, well, sing. Add in the do-or-die nature of the recording process – every track a first or second take – and you have one of this young year’s freshest and most intriguing listens, a conclusion persuasively suggested from the very outset.

Settling on the senses like an elegantly stripped-down Field Music if the Brewis brothers had undergone a full-on John Howard conversion, the soft-strummed “Flamenco,” glinting with fragility, embodies all the virtuosity and late-evening grace those references imply. Couple cuts later, “Little Blonde Boy (for Kurt Cobain)” grafts a curiously effective pop mariachi vibe to a gently driven indie stomp that beguiles with its sad joy while emerging as possibly the album’s centerpiece highlight. Pair that pair with the gorgeously ruminative title track – quiet, spacious, and replete with Carveresque detail – and “Free Solo (for Alex Honnold)” – pert, yearning, and personal like a Go-Betweens track being attacked by Galaxie 500 at their rowdiest – and a loosely dichotomous pattern suggests itself wherein Perfect Life‘s perfect ten tracks are, in their essence, tonally split between an unsettling (and in fact fearless) mansuetude and jauntier arrangements that allow for a touch of abandon however structurally restrained. Skewing approximately 70/30 toward the former, it’s an estimate that hardly matters as the record as a whole, its sequencing so astute as to make the thing seem seamless, punches quietly above its rhythmic weight, a bracing subtlety tying it all together. A gem.