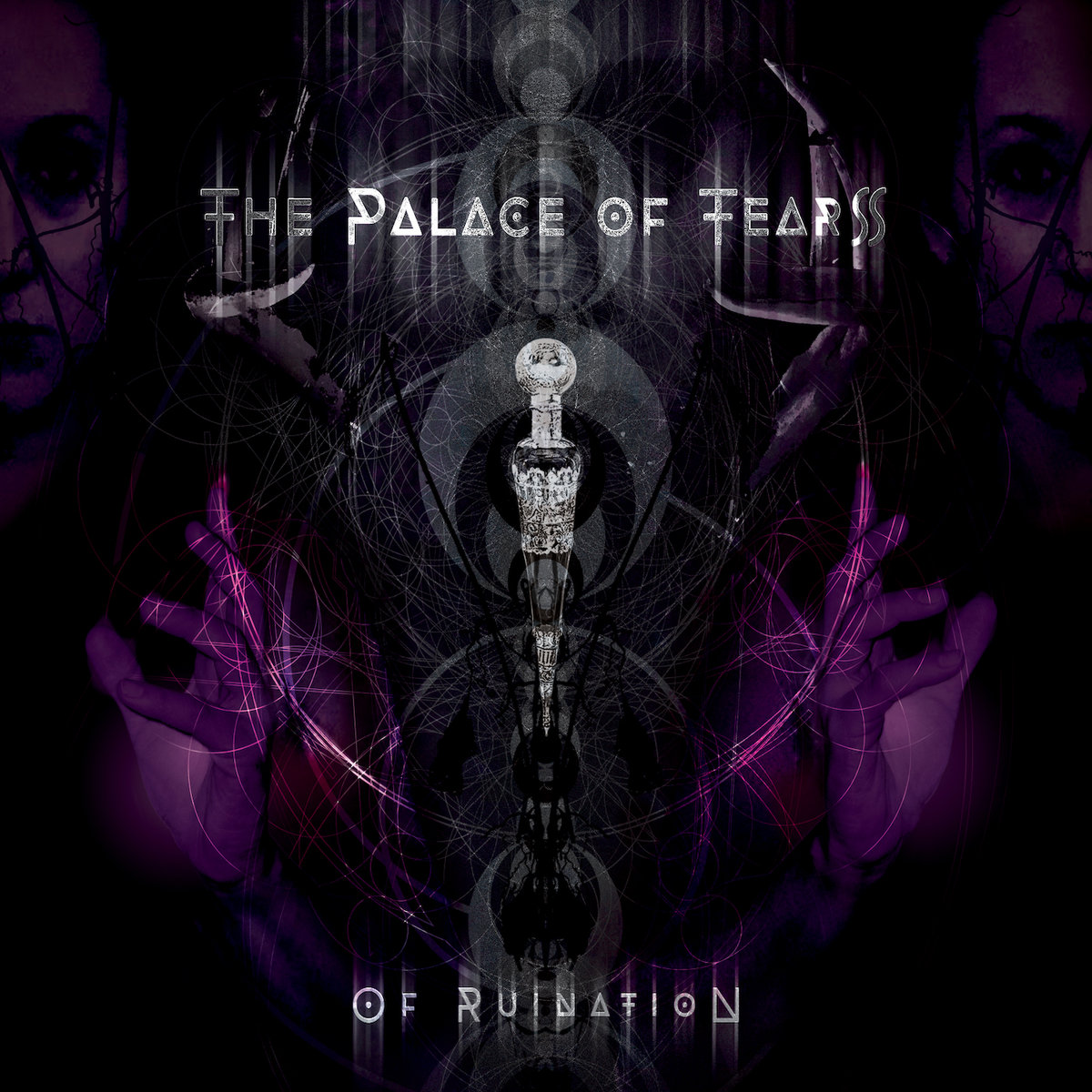 Well, you’ve gotta give us this: when we miss, we miss. Though it was painstakingly acknowledged within the prefacing text to the recently published “Fifty Most Significant Post-Punk (etc)” 2020 look-back put together by Victor and I that, due to both the very nature of the endeavor and the past year’s historic level of mindfuckery, the list would almost certainly suffer a handful of glaring omissions – Sick Wish’s stunning pop turn Goodbye Sun Hello Moon personally occurred to me the instant I hit ‘publish’ and others have followed since (Selofan’s Partners in Hell, for instance) – but the one that may have stung me the most once its absence was realized like a clap of black thunder was Of Ruination from NOLA newcomers The Palace of Tears.

Comprised of the once long-distance and now co-habitating Erick Sheid, ex of the Pacific Northwest and still a key member of Mercury’s Antennae, and New Orleans-bred LV Darkling – more on her backstory momentarily – the pair’s shadow-consumed work on their self-produced debut as TPOT rolls over you with the insistence of fog and a level of utter bewitchment that not only reflects the deep production nous of Mr Sheid – the sound is so rich, so immersive, the album exuding the darkness and beauty we crave with the ease of a creature breathing in the city’s mist, that’s it’s not hyperbole to say that goth may, in Of Ruination, have its headphone masterpiece – but as well the sort of thematic fearlessness, a devotion to their project that finds them sounding the depths no matter how dark it gets down there.

From the very outset, with opener “Terra Ephemera” slowly emerging from a ghostly, slightly hellish soundscape into an enveloping, cinematic lushness of synth that calls to mind, say, abandoned cathedrals in the dead of night, the duo could not better set the stage for the swirling journey they’ve meant to take us on. And, as it happens, the evocation of the stage is key to the evocations of mind and mood evinced throughout, seeing as Ms Darkling, among other things, brings to The Palace of Tears a sinuous but rounded performance history that encompasses everything from classical dance to Broadway-style musicals to film and television work (including a role in season 3 of Treme). Add to that certain skills acquired along the way – aerialist and fire eater among them – a taste for cirque and Portishead and Diamanda Galas and the contours of her impressive contributions to Of Ruination‘s rapturous sound come into focus. As evidenced overall on this full-length it is, in sum, a challenge to think of two artists more intuitively – and potently – conjoined in a singular obsessive pursuit.

In a response to a query regarding her creative past Ms Darkling, alluding to the singing piece of that evolution – which, unexpectedly given her performance here, is the most recently developed – came to the curious phrase “acrobatics of the voice,” and indeed across the whole of this debut the vocals exhibit a high-wire agility that well merits the transfixing focus they tend to command, their ability to sound simultaneously grounded and ether-floating a trick of phonic gravity for which our ears willingly, without a thought, suspend their disbelief. In this way they rather ideally suit the allusive conjurings of Mr Sheid. While certainly precedent can be heard in the Cocteau-graced dream goth of his other band, the spirit-summoning power of his work here is a step beyond. Roiling and darkly soothing in equal measure, immense but sharply crafted and absent the slightest whiff of bombast, Sheid, in common parlance, has outdone himself.

Plush with glimmering, funereal crescendos that don’t exactly crescendo but rather are carried along on a sustain of aching, in-spite-of-it-all bliss, augmented as needs be by treated guitar (most notably on the title track, a searing highlight on an album of them) and programmed drum tracks, we say without worry of exaggeration that there ain’t nowhere in this eight song sequence that won’t freeze you in your worshipful tracks. Whether it’s the looming, luminescent gravity of “Thy Womb Full of Black Nectar”, “Cold Dead Skin”‘s aqueous, tenebrous beauty, the windblown shadows of “Whispering Phantoms” that waver in one’s presence with a drifting apparitional grace or “Our New Moon (for Leah)’, Of Ruination‘s closing, all instrumental tribute from Erick to his partner in which can be heard the spiritual bones of shoegaze buried in a spacious underground vault where the mysteries of the afterlife live, there simply is no place to allowably disconnect on this album. Hit ‘play’ and the fates decree instantly and irrevocably that your next 48 minutes are theirs, which, as it transpires, is a blessing beyond reckoning. Lucky you.