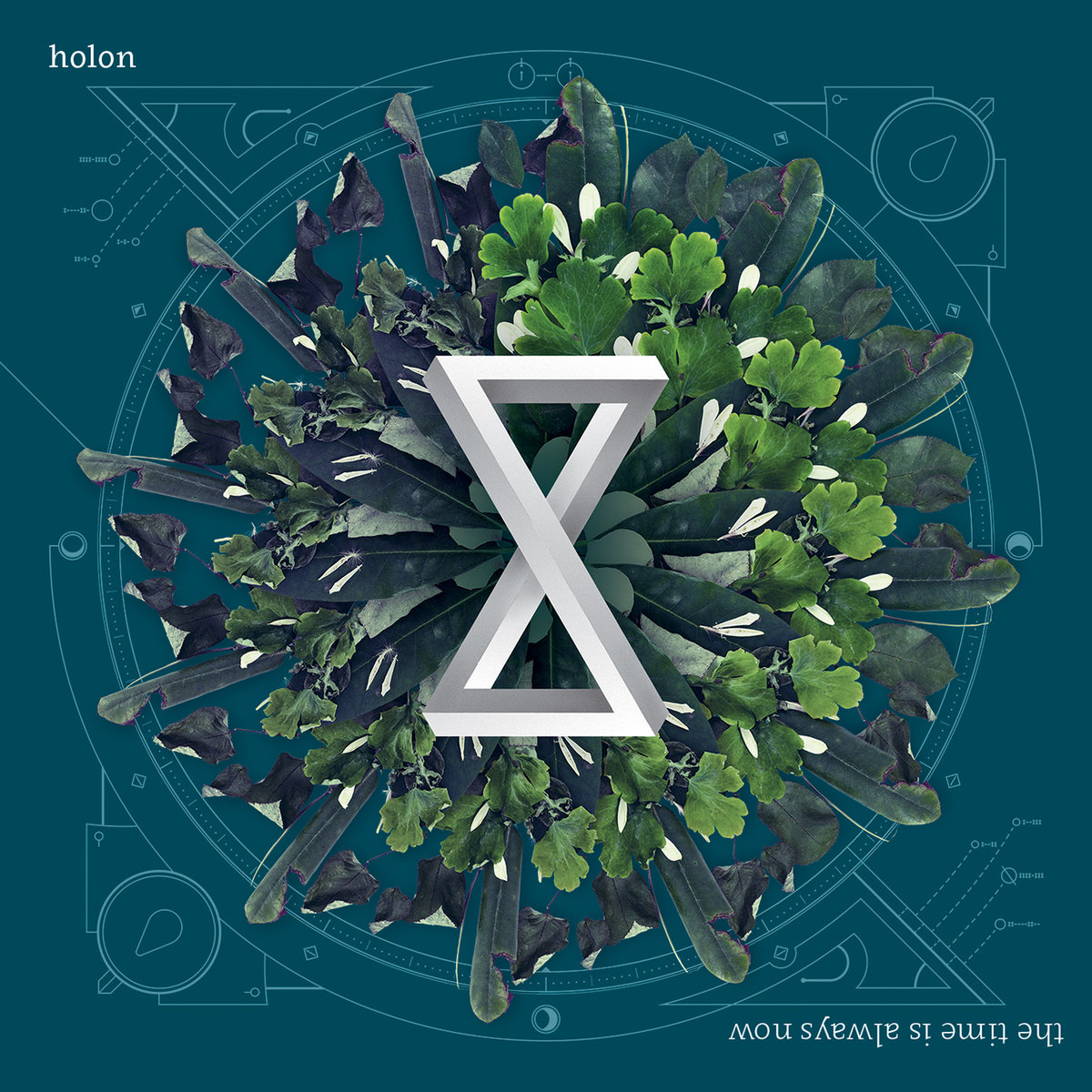 Spirituality, broadly defined, reflects everywhere. Even those of us who declaim with some force against the imposition of this or that spiritual system to help guide their lives have nonetheless devised some stitched-together fabric of beliefs and strongly-held intuitions that we instinctively turn to like an innate GPS as we navigate our way through what would otherwise be constant chaos, an anarchy of the soul. We all have our gyroscopes in this wobbly world and for guitarist/singer Ronny Pedersen it’s Buddhism, the ever-searching, paradigmatic nature of which striates every track on the koan-ishly named the time is always now, an album credited to a band called ‘holon’ that in all but name represents a solo venture wherein Pederson is aided by guest musicians such as Jaga Jazzist flautist Ketil Vestrum Einarsen, Lars Fredrick Frøislie (White Willow, contributing some deeply organic organ work), and Rhys Marsh who besides bringing pedal steel, Mellotron and other pieces to the puzzle also produces.

Meticulously constructed from the ground up, the tracks on this album, perhaps inevitably, resemble the dramatic intricacy of sand mandalas made audio. As each cut is in essence a quest for meaning amid the vast and often confounding bustle of existence, the run of them in sequence plays out as something of a, well, existentialist, non-demoninational hymnal, Pedersen, with the keen energies of a devotee, at least addressing the grand enigma if not, as one would wisely expect, solving it. In that respect the time is always now is, decidedly, about the journey not the destination. It’s a journey that, despite its over-earnest lyrics – message, as again would be wise to expect, is sacrosanct here – proves well worth the ticket.

From the trip’s first stop – “the belly of being,” a prog-folk exploratory folding flamenco and south Asian elements into a multi-part panorama that juxtaposes Rush-ian soundscapes with gentle flute-led interludes and where Pedersen, not for the only time, channels Steve Hillage with a touch of fellow countryman Terje Rypdal – through call-ins to delicate continental pop (“dancer in the sky”), complected acoustic revery (“falling”) that tackles humility and our struggle finding grace, emotive balladry (“time to go”), rewarding detours into the rockier terrains of fusion where flashes of Weather Report are spotted spinning past the window (the title track) before coming full circle, with heavy emphasis, into “drop of me,” a track both thick with earthly chording and rather celestially unbound that acts not so much as finale as springboard back to the album’s beginning, the time is always now blends and bends its impulses with an elegant force until, in the end, the entire outing has syncretized into an accretive, holistic whole, which is the point, surely.

Takeaways will, quite naturally, differ for each of us as we disembark but for this listener it’s as simple as learning anew the basic truth: we’re always arriving. Life is transitory, get on board.

the time is always now available here, and in the meantime, check the video for final track “drop of me”: