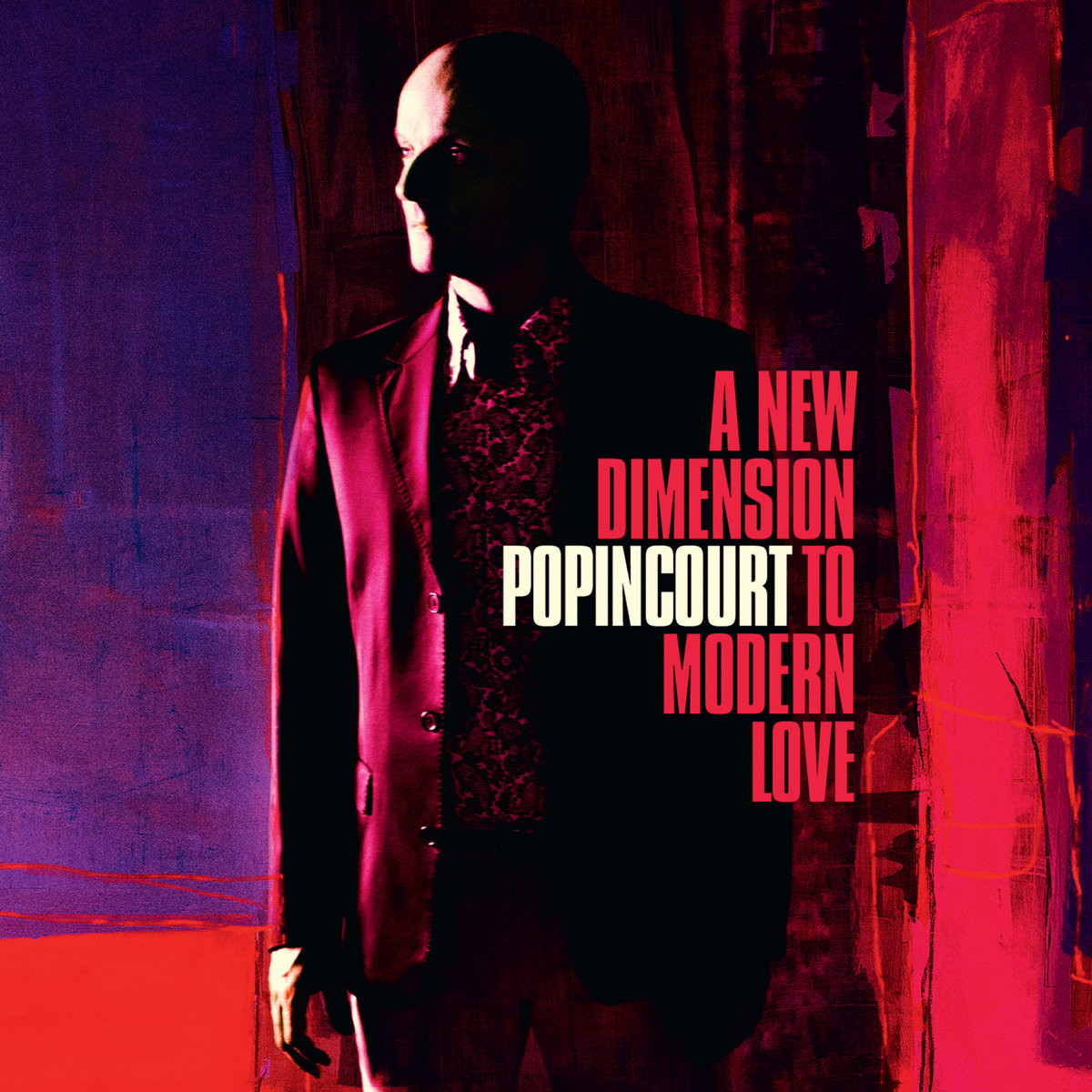 While coined originally as a term to define the literal smashing together of one song into another, the hyphenate ‘mash-up’ has enjoyed a broadened currency to take in everything from the blending of styles – in music, cinema, literature, or any art form really – to the hybridization of genre influences gelling within the work of a single artist. In that latter category, momentarily setting aside the fact that the phrase is basically old wine in new bottles – there isn’t a case of an artist in pop’s long history who’s work has earned the label ‘groundbreaking’ where you couldn’t quite accurately swap it out with ‘genre-busting’ – one must add the name Popincourt, both the musician himself and the band he pseudonymously lends his name to, whose debut album A New Dimension To Modern Love, out now on Jigsaw, cauterizes an intoxicating strand of threads down at the warmer end of the pop’s kaleidoscopic spectrum.

Admitting from the top an unabashed affinity for the Style Council’s cappuccino-tinted genuflections to the smooth cosmopolitan soul-jazz across the Channel – an idea of a sound to which this Parisian musician more naturally hews and therefore can’t help but bring to it a more robust authenticity – Popincourt’s palette (or palate, I suppose, if we’re talking taste here) expands with an unforced generosity to include, on opener “I Found Out,” laid-back upbeat early-90’s power pop (the enlisting of one Ken Stringfellow on bass duties might have something to do with this), literate late-afternoon pop a la Camera Obscura (the title track’s trumpet kisses, sky sunny organ, its vocal’s softly insistent desire; “The Reason Why”‘s jazzy, sylph bohemianism), a Beautiful South melodicism (“The Risk of Losing You”), a touch of beatific Serge (the breathily romantic “The Things That Last”), a glimpse of Orange Juice meeting Dexy’s at the uptown Continental Club (“Happy Town”), and, it should go without saying, some languid samba action to see you through the blues (“We Will Be Friends”).

Whereas your mileage, as they say, may vary – this ‘spot the influence’ game can be a contentious one – you’ve certainly enough for a general gist, particulars notwithstanding, and beyond that know this: through it all there’s not a cloying note to be heard on a one of this album’s twelve tracks. Indeed, simply put, A New Dimension To Modern Love essays the suavest coolest vibe of the year that just happens to be coming from the sincerest, most pop-intelligent guy in the room. It’s also, quelle surprise, the perfect summer jam, arriving just in time with an easy Gallic elegance.