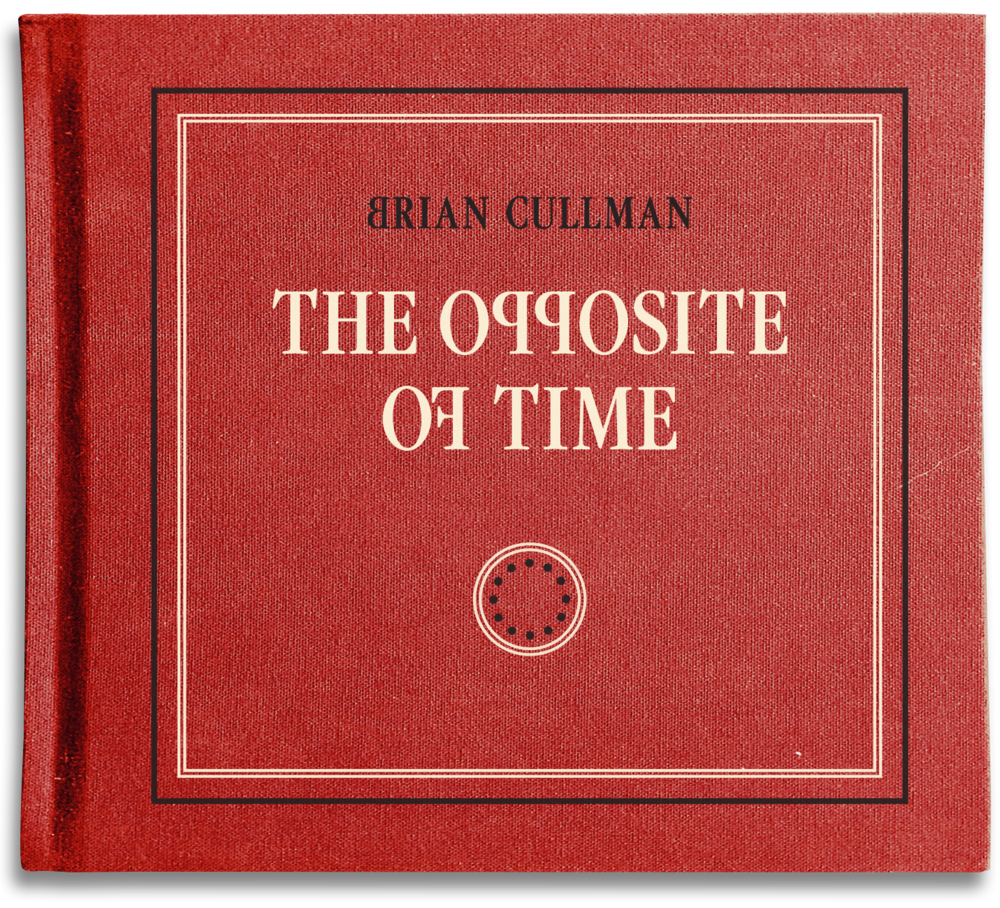 Back in 2007, Brian Cullman, a long-time fixture on the rock and folk-rock scenes as a musician and journalist, by this point somewhere in his late 40’s (hard data is hard to come by here), well after his time in 1980’s band OK Savant with Sara Lee and Vernon Reid among others, released his solo debut album All Fires the Fire. Cast mostly in the gentler lights of what one might rightly regard as his early mentors – in his college years Cullman decamped to London and fell in with Nick Drake (for whom he once opened), John Martyn, Sandy Denny, Richard Thompson and that lot – it was a subdued if very solid outing with nods to samba and Cohenesque confessionals but mostly steeped in those influences however Americanized that he’d soaked in years before. As a debut it was an estimable calling card but, on the evidence presented on its follow-up The Opposite of Time, released Feb. 26th on Sunnyside Communications, it was but prelude.

While not abandoning those proto-Drakean leanings (see the aching pleads of “Time If There Is Time” or the complex traditionalisms of “Spoiled Child Blues”), there’s more burst here, more burn. Whatever the impetus – encroaching mortality? I could relate – The Opposite of Time is also the opposite of shy. Not that it’s all a no-holds-barred, raw of tooth and nail affair, there’s plenty of nuance to go around, but in feel we’re definitely leaning further into the fray here.

From the moody haunt of opener “Times Are Tight,” all empathic anger and graveyard-shift guitar, to prophetic rocker “And She Said” that lands itself smack between bar band rollick and classic Jackson Browne (that latter thanks primarily to co-producer – with Cullman – Jimi Zhivago’s slicing Lindley-like slide work) to the clap’n’slap funky blues of “Walk the Dog Before I Sleep,” wry and sly and self-effacing like the best blues (“well there’s a party in my mind / but I’m not on the list“) to the sumptuous swing and groove of “Memphis Madeline” that sounds like no less than a Brinsley Schwarzed pub rock trope snaking down the Mississippi River, the album masters the art of subtle whallop-packing. Even as it slows down the stretch – the harmonic-pinged “After All the Gifts” flows with mournful resignation, “Nothing” shimmers like a kind of existential gospel (that organ!) while “Beneath the Coliseum” is imbued with an evensong-ish duskiness that manages to soothe as it unsettles with a fatalistic glow – there’s a brimming energy and a fire that lights the songs from the inside out.

Some of the credit for that is due the recording and mixing skills of Hector Castillo (Philip Glass, Bowie, Lou Reed) and a crack studio band that includes Jenni Muldaur and members of Brazilian Girls, but the bulk of it belongs to the songwriter and his voice. Weighty, assured, and emotionally prismatic, fletched with his many years of musicworld-spanning experience – the man once traipsed through Morocco with Bill Laswell, fercrissake – it’s Brian Cullman’s artistic charisma that makes The Opposite of Time an album that commands the attention anyone hearing it will agree it deserves. Be one of them and get it here.