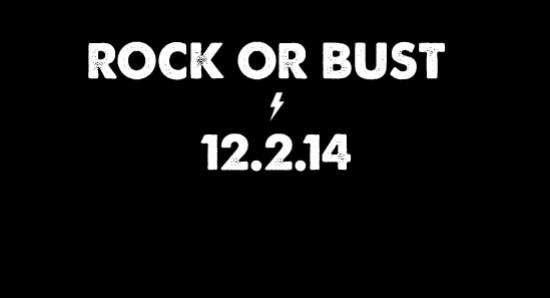 2. This will be the first album in the band’s 40+ year career that will not feature ailing bassist Malcolm Young.

3. The album was produced by Brendan O’Brien.

4. Contrary to published reports and rumors, this will not be AC/DC’s last album.

5. Malcolm Young’s illness has not been made public, however one thing that has been made clear by AC/DC is that due to his poor health, his career with the band is over.

6. AC/DC will tour the world in support of Rock or Bust.

7. Malcolm and Angus Young’s nephew Stevie plays rhythm guitar on the record and will tour with the band.

8. Songwriting duties, which have been shared by the Young brothers in the past, fell on the shoulders of guitarist Angus, who is said to have written the material on Rock or Bust by himself.

9. Black Ice went to number one in 31 countries and sold 8 million copies–Rock Or Bust is predicted to similar if not greater numbers.

10. Rock Or Bust will be out December 1 on Columbia Records.